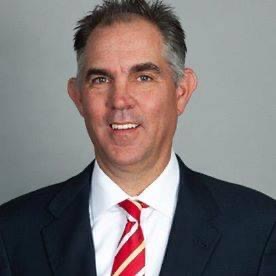 On Tuesday January 11, the Orem City Council voted to create a new position in the City, Director of Legislative Counsel.

Former Lehi mayoral candidate, Jesse Riddle was appointed to the position on Tuesday, January 11, following a 5-2 vote by the Council. Councilors Debby Lauret and Tom Macdonald voted against the appointment citing due diligence concerns with the position and Riddle himself.

When asked how the position came about, Riddle said, “A few weeks after the November election, I was asked by then Mayor-Elect Dave Young of Orem if I would meet with him to discuss city government. Because of our conflicting schedules, I first met Mayor Young in early December (2021) at his office in Provo. I have since learned that Mayor Young is an astute, well-respected and successful businessman.

Mayor Young believes that having legal counsel would be a benefit to the Orem City Council. Utah law, as well as Orem code, permits the City Council to retain one or more persons to assist the Council.”

According to Orem City, Riddles’s duties are:

-Provide advice and support to the City Council on legislative issues that come before the City Council for consideration including but not limited to land use regulations, budgetary appropriations, and ordinance amendments.

-Respond to the City Council’s directives and perform research.

-May attend executive level administration meetings at which legislative issues are calendared and discussed as instructed by the City Council.

-Review and analyze Planning Commission, Board of Adjustment and other board and commission issues for the City Council.

-Review issues related to Alpine School District that have impacted the City.

-Work with the City staff relating to the public affairs of the City Council.

The new position has a sunset clause of six months and will need to be renewed by the Orem City Council to continue. Riddle will be classified as a full-time employee during his tenure.