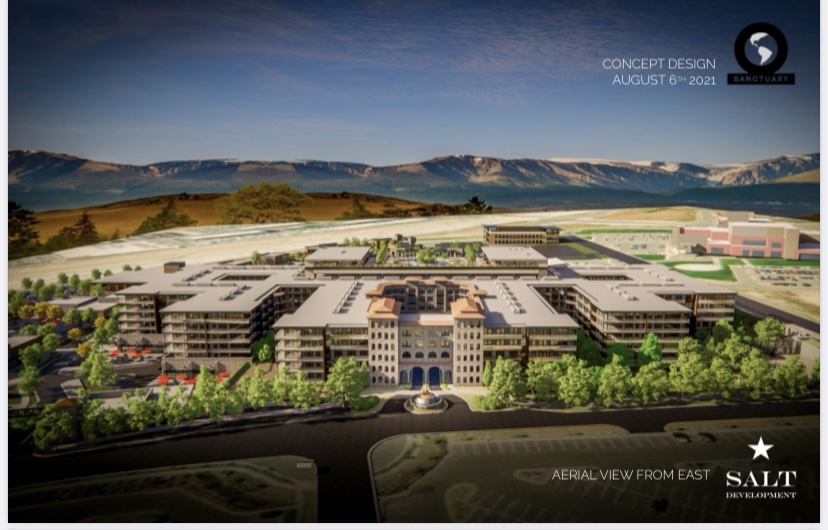 The Lehi City Council met on Tuesday January 11 with all councilors in attendance. Mayor Mark Johnson was absent.

The largest project on the agenda was the approval of the Lehi Pointe transit-oriented development (TOD) projectwhich has been in the works for more than two years. The project will be located between Young Living and Mountain Point Medical Center on the northeast side of I-15.

The site will be surrounded by access roads, walkways, bike paths and meandering on-site paths. The 10-foot-wide multi-use path will extend the entirety of the eastern edge of the property along Sandalwood and up to the new loop road. Connectivity to the future UTA BRT and Frontrunner station is a priority and will be further accommodated when plans are available for such development.

Atop the parking structure is a 1-acre Skydeck featuring a grand pool deck, clubhouse, gym, yoga/spin room, locker rooms, BBQ areas, cabanas, a dry sauna and numerous fire bowls. The 6,000 square foot clubhouse will feature a 165” television screen in a tiered theater and a luxurious bar.

In addition to the 527-unit “Sanctuary”, the project will include a neighboring retail and restaurant space. The project also includes another 125-unit apartment building on the north side of Triumph Blvd along with an additional retail development.

“We should be digging dirt and starting this spring. The project will cost between $180-200 million and take 30 months,” said Salt Development CEO Brian Hobbs.

The project passed with a unanimous 5-0 vote.