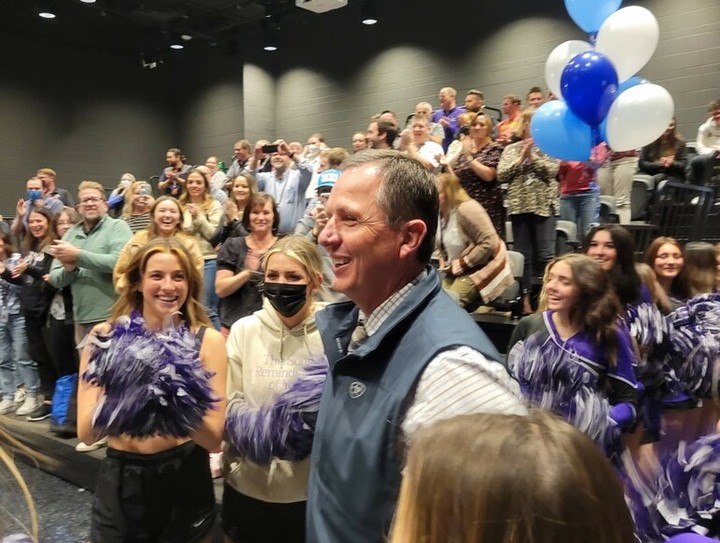 The Utah Association of Secondary School Principals (UASSP) has named Lehi High School’s Doug Webb Principal of the Year. Webb was surprised on Tuesday, Jan. 11, by faculty, staff, students and representatives from the UASSP with the awardpresentation.

Parents, former and current students and co-workers congratulated Webb on social media when his win was announced. “Congratulations to Principal Webb! He is such a wonderful man. He loves the kids, and it shows,” wrote MerideeClements.

The UASSP selects one high school principal and one middle school principal for Principal of the Year from Utah, and they are entered into the national competition. The mission of the UASSP is to recognize, promote and enhance the leadership of Utah’s secondary school administrators.

Doug Webb was named Administrator of the Year by Alpine School District in May 2020. His steady leadership has guided Lehi High School through a total rebuild during a global pandemic. Webb became principal at LHS in 2017 after five years as principal at Oak Canyon Junior High in Lindon.

Webb’s appointment was a dream come true since he and his wife Alexa both graduated from Lehi High School and his children attend there as well. Webb says he “bleeds purple” and his deep love and understanding for the Lehi community is evident.