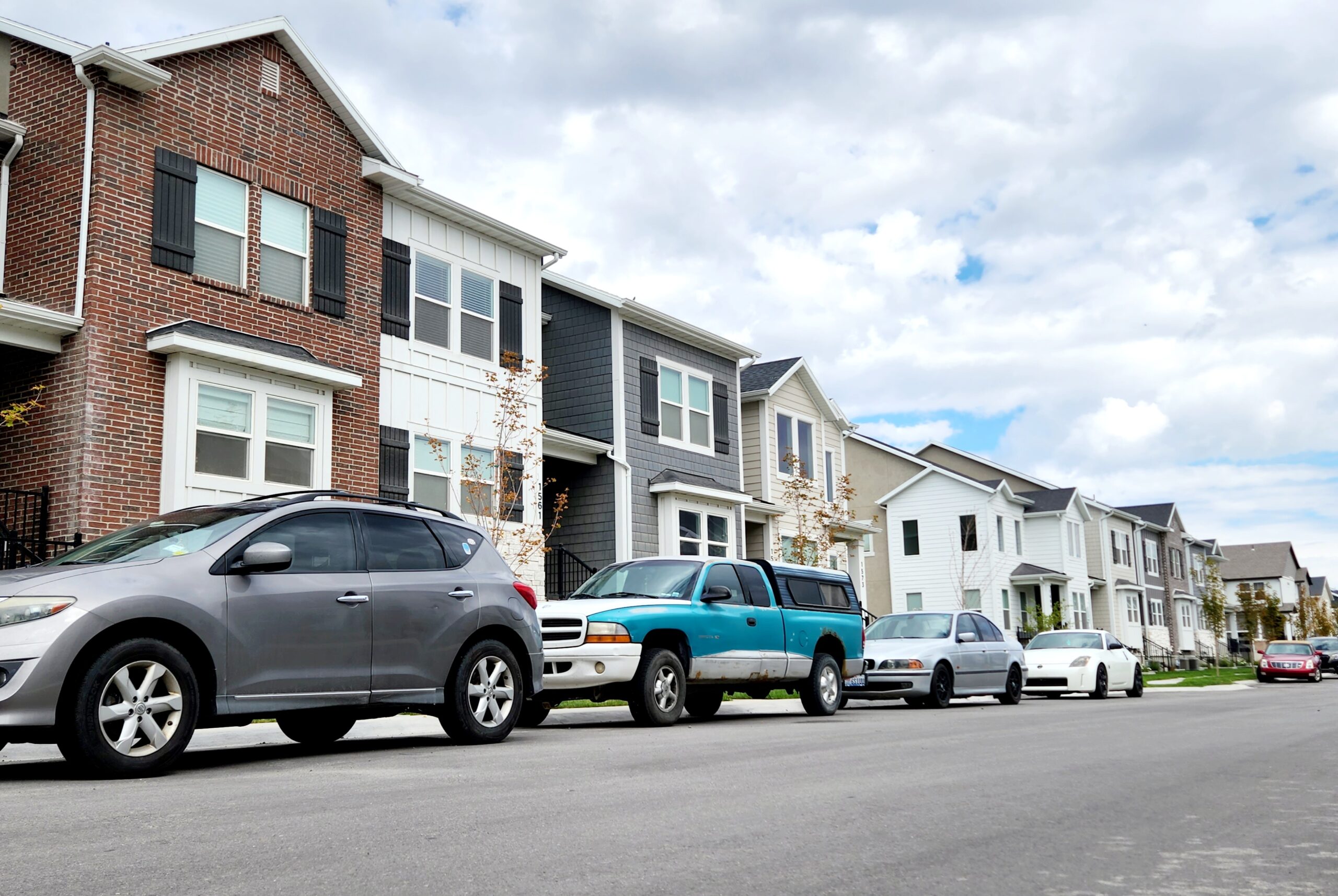 The Lehi City Planning Commission was down by almost half its number for the final regular meeting in July. Theyrecommended an amendment to the City’s Development Code regarding parking requirements in apartment and condominiumcomplexes and got a preview of DR Horton’s Skye Area Plan.

Lehi City proposed changing its Multi-Family Parking requirements in the Development Code after complaints from people living on the city’s west side in higher-density areas whodon’t have enough parking close to their homes. “Staff does not want to encourage an oversupply of parking. However, an undersupply of parking can also create a lower quality of life for those unable to find parking and for all drivers through the area dealing with less safe driving conditions as people park next to corners or other site-obscuring locations,” read the report analysis on Lehi City’s application.

The change in the Development Code would remove the word “guest” from the parking requirements table, making it clear that the required additional parking can also be used for residents.

Lehi City Planner Sierra Pierson explained that the survey on EngageLehi.com and the City’s Facebook page confirmed what the Police Department and the Streets Department have observed in the area.

“Future surveys would be more helpful if they’re not from a self-selecting pool,” commented Commissioner Greg Jackson, who filled in for Commission Chair Abram Nielsen at the meeting.

“We’re asking for a market response, right?” asked Jeff Stevenson with D.R. Horton during the public hearing portion of the agenda item. “None of these units are empty. We’re eliminating the least expensive unit parking allows with this new policy.” Stevenson specifically mentioned the tandem parking for high-density units.

“Condos are shared by four roommates with cars, and the survey respondents were single-family homeowners. We need to be sensitive to providing adequate parking for how people live,” said Commissioner Heather Newall. “If I’m a single mom bringing groceries in, I don’t want to have to park a block away.”

“I agree. These are cheaper units, but the quality of life goes down because people have to walk so far to park,” added Commissioner Emily Britton. “We need a standard from the lowest to the highest that you can park close to where you live.”

Commissioner Jackson suggested the City do more research to find out what is working in other cities and a thorough survey before changing the code.

“I’d like to do something now, and I’d also like to see more research,” said Newall. “We’re getting development requests all the time, and we need something now.”

The Planning Commission unanimously voted to recommend approval of Lehi City’s proposed amendment to the Development Code to add required parking stalls near all units in Multi-Family housing.

Jeff Stevenson from D.R. Horton gave the Planning Commission a preview of the Skye Area Plan, which will be presented at their August 4 meeting. D.R. Horton purchased the 1,300 acres of land surrounding Micron (now Texas Instruments) in March 2021 and has worked with Lehi City for months to create an area plan. Approximately 880 acres of the parcel is within the Draper City limits. D.R. Horton’s plan includes adjusting the boundaries so that the entire property is in Lehi.