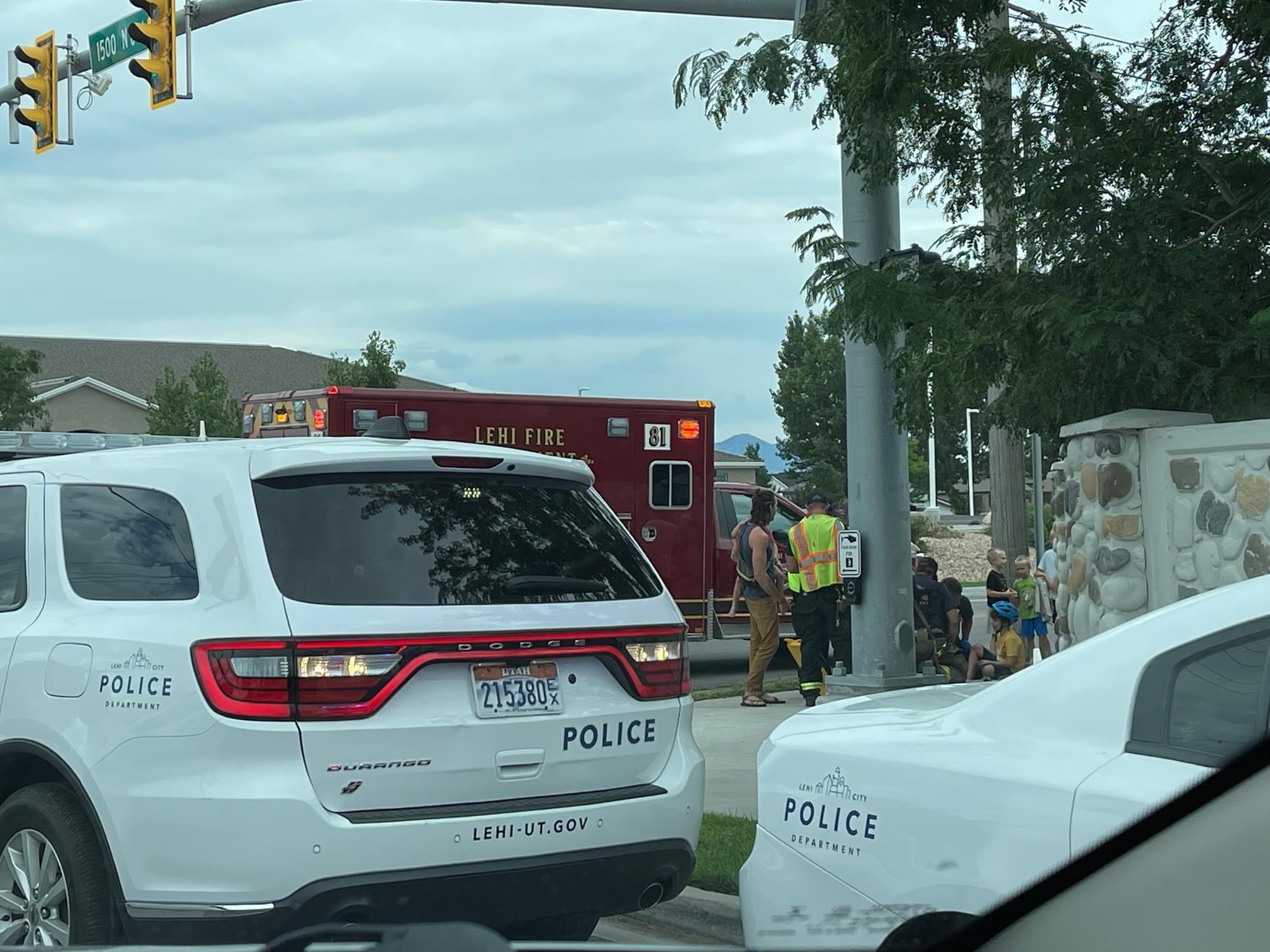 A 7-year-old Lehi boy was hit by a car on Friday afternoon while riding his scooter home from North Point Elementary at the 2300 W and 1500 N intersection.

The student was hit while in the crosswalk by a driver who failed to yield. The child was attended to on the scene by Lehi City first responders and sustained minor injuries which did not require transport to a hospital. The Lehi Police cited the driver.

“We all saw this coming from a mile away, and no amount of common sense or even verified traffic studies could knock some sense into [Alpine School District],” said Colony Pointe resident and North Point Elementary School mom Emily Orton.

The Colony Pointe neighborhood took to social media after the accident, blaming Alpine School District (ASD) for the “we told you so” situation.

“Remember when the kids in Colony Point neighborhood attended River Rock but then got moved to North Point? Remember when our neighbors expressed concerns about the safety of our children crossing two busy streets without crossing guards? Remember when the Alpine School District board members claimed to know better and that their “assessment” proved our kids would be safe?” said Tom Pettit following the accident.

The current route to school for Colony Pointe students requires crossing 1500 N and 2300 W to travel daily to and from school. The road will soon accommodate more traffic; Lehi City recently approved a $7 million expansion of 2300 West to five lanes from Main Street to 2100 N.

“Interesting that there is a crossing guard at Main St and 2300 W and also at 300 N and 2300 W for the kids in junior high but not elementary kids. It makes me scratch my head at the logic,” said Jenilee Furness in a social media post about the lack of crossing guards at the 2300 W 1500 N intersection where the accident occurred.

“Each year, the City evaluates intersections near schools and compares them to the school safety standards set by the state. If warranted, the City will find a crossing guard at the intersection. Before school started this year, the police department and our traffic engineer completed such an evaluation. They found that this intersection because it has a traffic signal and a crossing signal, is safe, and no crossing guard was warranted. We evaluate these intersections multiple times throughout the year to see if circumstances have changed,” said Assistant City Administrator Cameron Boyle when reached for comment Friday evening.

“This was an unfortunate accident that may not have been prevented had there been a crossing guard present,”concluded Boyle.

The City has faced an ongoing crossing guard shortage and is actively recruiting additional help at $13.91 per shift. The job listing advertises three daily shifts ranging from 35-55 minutes.

On Saturday morning, ASD spokesperson David Stephenson said, “We are aware of a student that was hit on the way home from school on Friday. We are relieved to hear that he is at home recovering. Our thoughts are with the family at this time.”