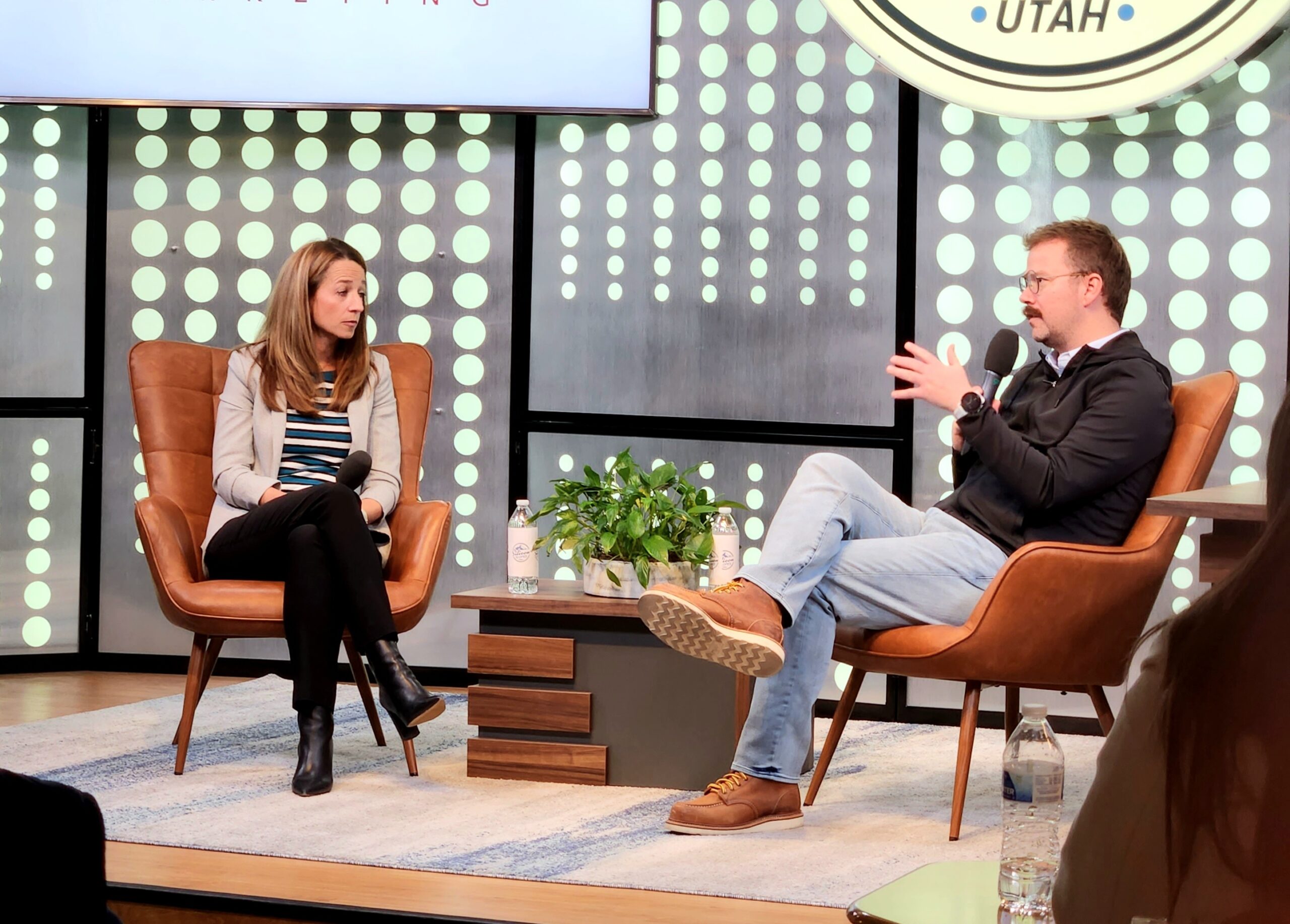 “The position of First Lady is interesting. You go through the campaign as a team, and then you sort of divide and conquer after you win,” explained Abby Cox, wife of Utah Governor Spencer Cox. She sat with Silicon Slopes CEO Clint Betts at the Silicon Slopes offices during a recent interview in Lehi. “Spencer is doing all the political work, the sticky, messy stuff, and I try to stay as far away from that as I can. I do have an opportunity to bring awareness and make change in places I’m passionate about.”

Abby Cox hit the ground running after her husband became governor in 2020. Her initiative, Show Up Utah, has impacted thousands of Utahns already. “After being a stay-at-home mom for 23 years, I had to dig through my experience, remember what I’m passionate about, and use the things I’ve learned to make things happen. Show Up came about as I thought of what Utahns are already doing and putting a spotlight on incredible things throughout the state,” said Cox.

The four areas of focus for Show Up Utah are Teacher Wellness, Foster Care, Unified Sports and Service. Betts asked about each of these during his October 28 interview with Abby Cox.

Utah’s First Lady intended to focus on the emotional wellness of students as part of her initiative, but after meeting with educators, she realized she and her team needed to pivot. “I knew I wanted to help kids with their emotional intelligence skills. In the workforce, we need people who can work with diverse groups and connect with their own emotions. When these skills are taught and understood, academic performance goes up 20%,” said Cox.

“As I spoke to educators, though, I got feedback that the teachers need these skills. Over and over, they told me, ‘We’re not okay right now. We’re getting attacked from every side. Parents and community leaders say we’re doing terrible things, and we’re doing the same thing we were doing a year and a half ago when we were being called heroes.’ It’s even getting harder,” she continued.

The Show Up Utah team and their community partners decided to work on emotional wellness for teachers. “We want teachers to have the skills and the resources they need to do their jobs well. As you know, they could be doing almost anything else. If we’re not careful, we won’t have a workforce if we don’t care for our teachers,” said Cox. She mentioned there is talk of getting more money directly to teachers in Utah. “Nothing replaces a teacher – a teacher is the biggest influence on a child being a success.”

Show Up Utah has also focused on foster care, offering discounts for foster family nights at the zoo, water parks and other events. They’re also looking at young adults who age out of the foster care system but still need support. “There are always about 150 kids in Utah who have aged out of foster care without a family,” Cox explained. “How do we flip those statistics? We want to have families waiting for those kids, not kids waiting for families.”

Cox wants these “waiting kids” to have a team of ten families in a community, a support network as they enter the next phase of their lives.

Abby Cox mentioned a recent Unified sports event and how it affected everyone who participated and attended. “Unified Sports is kids with all abilities playing on teams sanctioned by UHSAA. They get the same travel, uniforms and equipment as the other school teams,” she began. “Come to any of these Unified Sport’s events like the one we had recently at RSL. All you have to do is come – we bring folks who want to sponsor these events, and they have an experience, and they walk out saying, ‘Take all my money.’ It’s the most joyful, wonderful thing you’ll ever experience. We just need to get people in there to experience it.”

Cox recommended giving to the ASD Foundation so they can do Unified Sports in every school. The foundation then partners with Special Olympics for matching grants.

“A teacher in Bountiful said it changed the entire culture at the school. When students have this full inclusion experience, they realize they can connect with anyone. You will be so excited to have these students as your future employees,” said Cox.

The final focus of Show Up Utah is service. “Service is in our DNA in Utah. We’re always number one in charitable giving. It’s part of who we are. It’s not always going to be the case if we’re not intentional about it,” Cox said.

Going into the election in 2019, Spencer and Abby Cox wanted to make service part of their campaign. “We tried to put together a campaign, whether we won or lost, that would make the state a better place,” Cox began. “We didn’t really care whether we won or lost. The truth is we have a great life – we have a beautiful farm in central Utah, and we would have been thrilled to go home to the farm and be there.”

“We went to all 248 cities in the state,” Cox continued. “We experienced what people were going through in their communities, which was beautiful. We planted trees and had discussions, and that sense of community-building was powerful. That’s what we wanted to do with Show Up Utah, continue to build the community, especially coming out of the pandemic. We needed our communities to come back together.”

Cox admitted that teaching her children to be service-minded hasn’t always gone well. “We took our four kids in the RV on the campaign trail thinking we could play cards and have so much fun together,” Cox remembered. “After two days, they were ready to kill each other. By the fourth day, they called Grandma from Emery County and asked her to come pick them up. We were less successful there!”

“We’ve tried as a family to teach that service is part of mental health. When we’re serving, we’re helping our brain development and building something in the community at the same time,” said Cox.