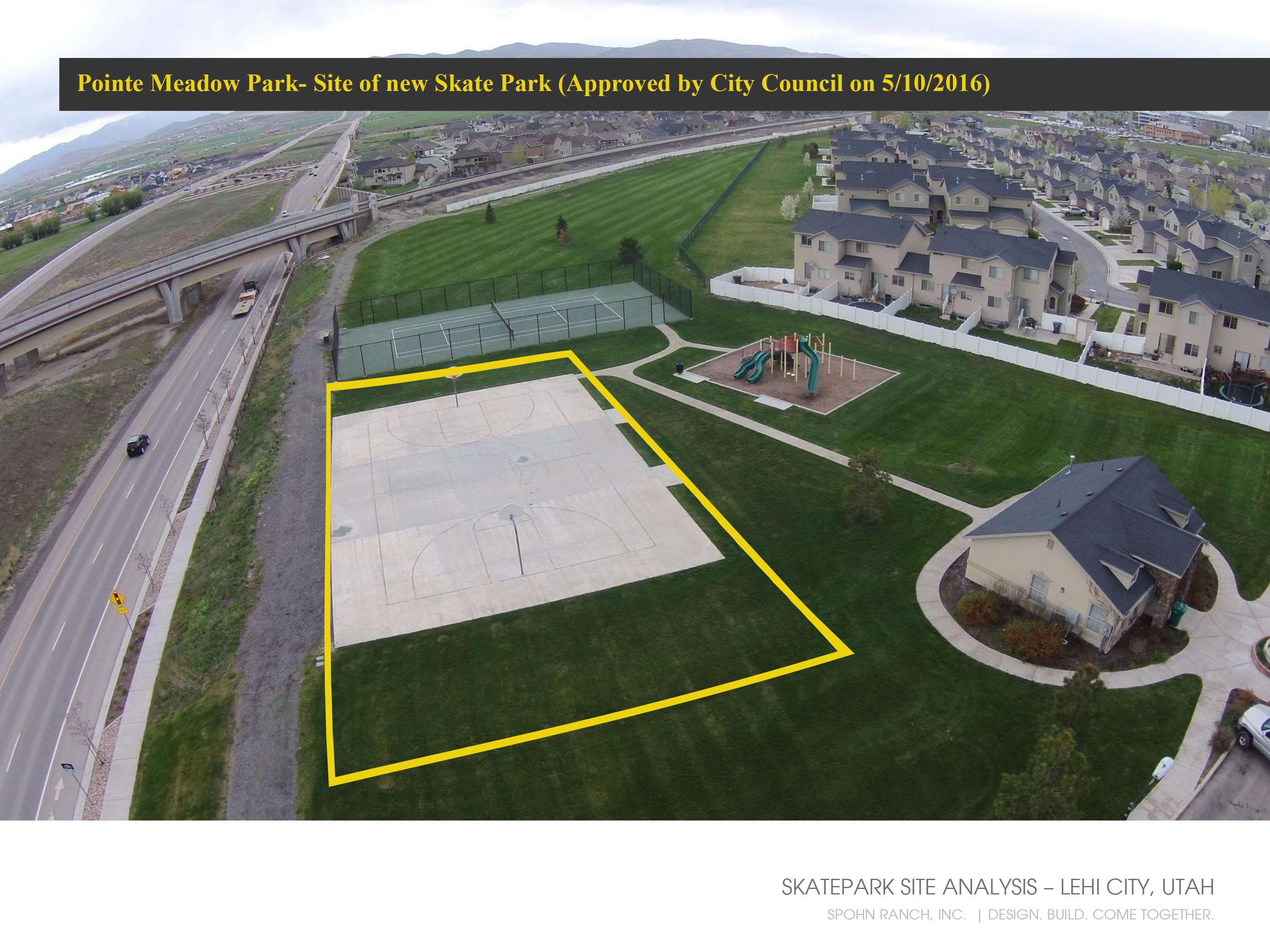 Residents of the Pointe Meadows neighborhood turned out to the Lehi City Council meeting on May 24 to express their frustration with plans for a skate park in their neighborhood and concerns with the process Lehi City undertook for the site selection.

Pointe Meadows resident Carrie Mills said, “We have concerns about being chosen before even knowing we were up for consideration.” She explained that the demographics of the neighborhood consist of mainly elementary age children and younger, so the neighborhood itself wouldn’t be utilizing the skate park but would be drawing increased traffic as people come from other locations.

Nate Canen, another resident, echoed Mills’ concerns and said there was a mix of reactions in the neighborhood. “I’ve talked to some people who are okay with it, but nobody who’s excited about it,” Canen said. Many in the neighborhood are concerned that “adding a skate park will increase the sense and reality of being unsafe,” he said.

Eran Bair, a member of the Board of Trustees for the Pointe Meadow Townhome Homeowners Association (HOA), said his house is just 75 feet from the proposed location of the park. He said, “Residents are irritated with the Parks Department.” Whether residents are opposed to the proposed park or not, there is widespread frustration that they weren’t contacted for input. “Some have expressed frustration simply because there was no outreach, no expression of a listening ear to our community,” said Bair in an email to the City Council.

Bill Hereth, President of the Pointe Meadows Townhome Homeowners Association (HOA), agreed. He said the first time he heard about the proposed park was when it was announced in the Lehi Free Press.

Members of the City Council are aware of the concerns and have been in correspondence with residents. Council member Chris Condie said the process to create a skate park in Lehi began about three to four years ago. The Parks Department chose 10 possible sites. A third-party firm then evaluated the sites, ranking them based on a set of criteria. The locations receiving the top four scores were then presented to the City Council.

When the sites were presented to the council, residents from the top-scoring location, Dry Creek, were notified by a fellow resident who serves on the Parks Committee. Many residents attended a recent city council meeting to express opposition to it being located in their neighborhood, so the council turned their attention to the other three locations, where residents weren’t aware their parks were being considered.

When the vote was taken to move forward with a plan for Pointe Meadows, council member Paul Hancock dissented. “I didn’t think it was necessarily fair to the other community (Pointe Meadows) because they didn’t have a chance to have a say.” He said he thought notice should be given to the residents of the final two proposed locations so they could have input before a decision was made.

Lehi City is considering a design plan which moves the skate park further from homes and closer to the railroad tracks. The City has also offered to improve the current facilities at the park, which includes a basketball court and tennis courts. Residents have expressed a willingness to work with the City if these improvements are included although, they say, their trust has been shaken and they need assurances that their opinions will be heard.

A design plan will be presented at the City Council meeting on June 14th. An open house for community input has been scheduled for June 16th. Residents have requested the date be changed to a Saturday to get as much community input as possible, so the date may change.