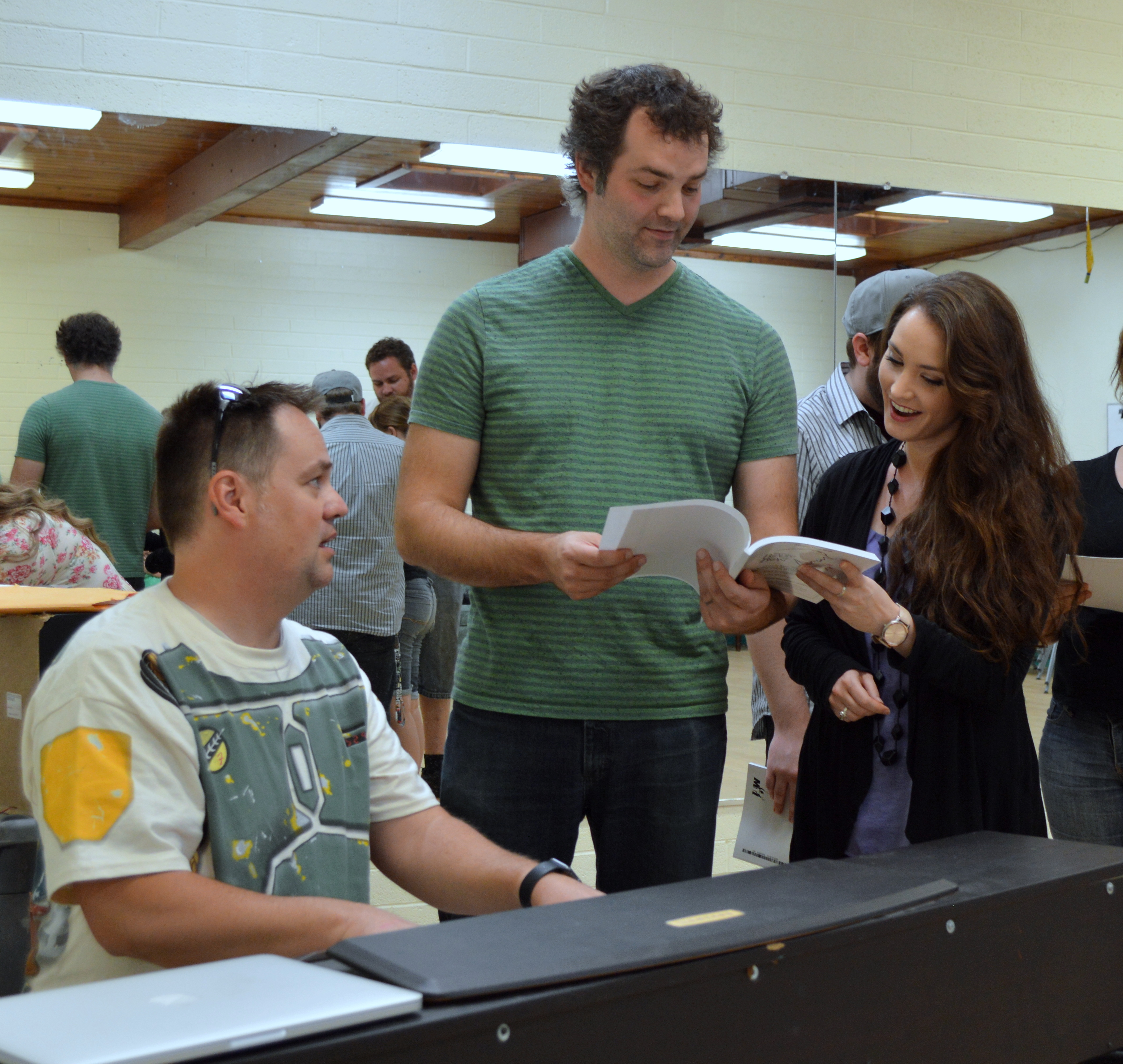 The Lehi Arts Building on Center Street was alive with activity last week as the cast for this year’s summer musical met for the first time to rehearse. Adults and children came in and out of practice rooms to the accompaniment of a choir singing “Be Our Guest” in the theater room.

Director and Theater Chair for Lehi Arts, Kurt Elison has wanted to do “Beauty and the Beast” here in Lehi for years, so when the rights became available, he snapped it up. More than 170 people auditioned for the show – a record number. Elison credits “Beauty and the Beast” for the turn-out. For many actors it’s a dream role. The cast includes a few parents and one or two of their children, which is part of the family atmosphere of the Lehi Arts summer musical. Theater has been a family affair for Kurt Elison since he was very young and his father directed musical theater in Utah. “Beauty and the Beast” is the sixth production Elison has directed for Lehi City Arts.

This isn’t the first time Erica Glenn has played “Belle” in “Beauty and the Beast,” but this is her first time in a Lehi Arts production. Erica is the Director of Performing Arts in a Murray charter school with extensive experience in musical composition. She has had a musical she wrote featured in the New York Musical Theater Fest. Erica has played Mary Poppins in the Provo Covey Center’s production, and Maria in “The Sound of Music” with the Franklin Performing Arts in Massachusetts.  Erica and David Henry (“Beast”) looked like a perfect match practicing their songs and dancing together.

Tickets for Lehi City Art’s “Beauty and the Beast,” August 12-20, will be available soon through http://www.lehiarts.org.

“Get Outside!”: North to Alaska