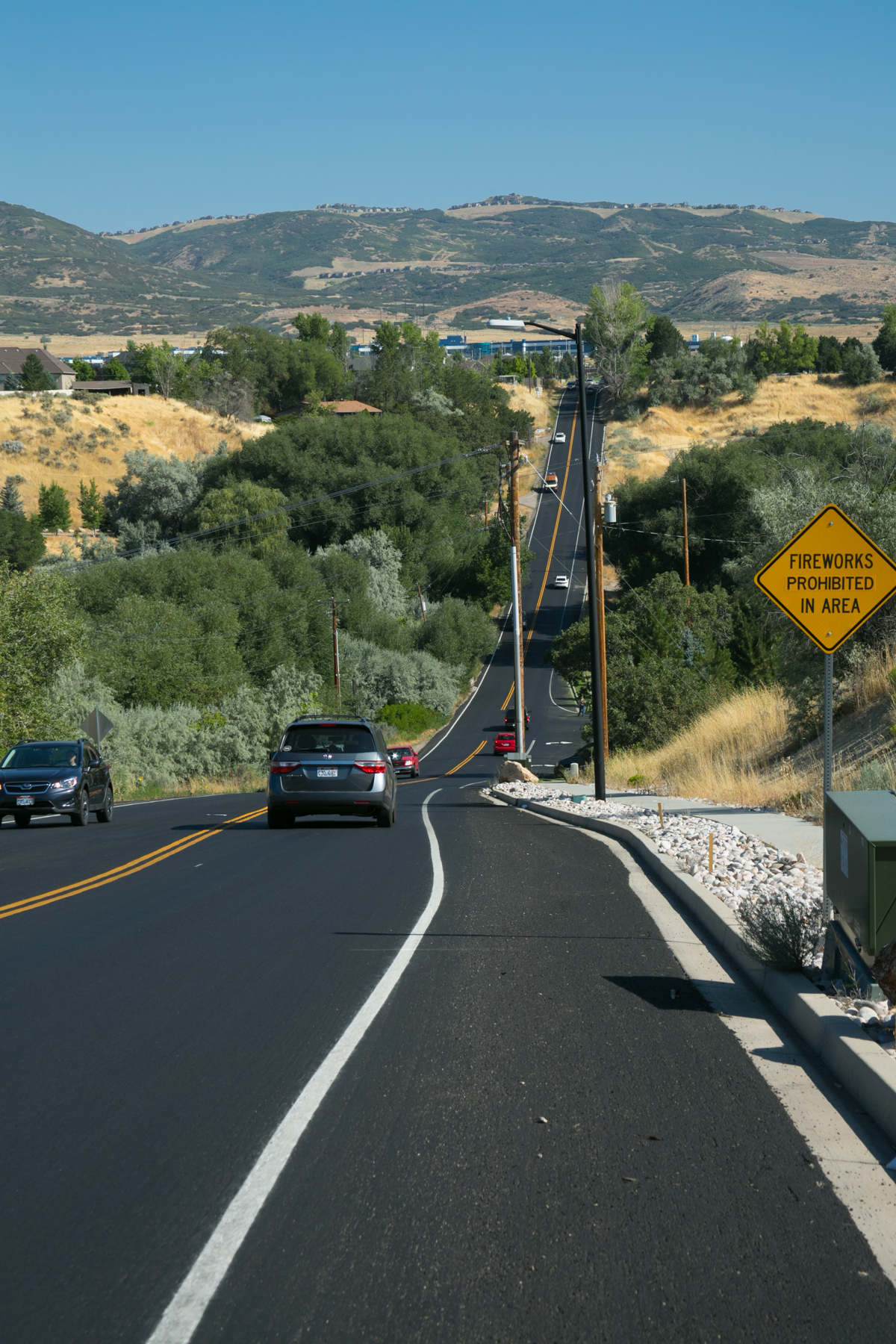 When most of us think of summer, we think of swimming, hiking and family get-togethers, but if you work in the Streets Department, you think about road resurfacing. Many products used to build and maintain roads do not work well in cold temperatures, so summer becomes prime road construction time. If you have driven around the city lately, you will have noticed several projects designed to make your travel more pleasant and safe.

There are many different treatments that the Streets Department uses to maintain roads and to help them last as long as possible. The type of resurfacing is based on several factors including the age of the original surface, the type of damage, and the amount of traffic. The goal of road maintenance is to protect the original asphalt from wear. Crack seal is the first line of defense and the city routinely spends $150,000-$200,000 a year on crack seal alone. Neighborhood streets will often receive a treatment called “fog seal” while busier roads use slurry seal. The upper part of 1200 East was recently slurry sealed at a cost of $70,000.

The best and most cost-effective treatment for resurfacing roads is called chip seal. Contractors lay down a slurry layer and then spread small rock chips on top. Over time the chips are embedded into the slurry and provide an excellent protective layer for the road, but this treatment is very unpopular with drivers and home-owners, so it is generally reserved for heavily used roads.

Lehi is fairly lucky, according to Streets Department Head Wade Allred, because about 80% of the roads are only 10-15 years old. The budget for road maintenance is about one million dollars a year, which sounds substantial, but when a slurry treatment on part of 1200 East takes almost 10% of the budget, it is easy to understand why some roads have not been treated.

In Lehi there are several ways that road projects are funded. Any roads that are state owned such as Timpanogos Highway, Pioneer Crossing, or 2100 North, rely on funding from UDOT for upkeep and maintenance. These funds come from the Utah Fuel Tax, a small percentage of tax from vehicle sales, and Federal Funding. Lehi City is responsible for all the other streets in town which adds up to about 236 center line miles or 480 lane miles.

Tax revenues fund the bulk of road projects in Lehi City. Special grants are sometimes available from entities like the Mountainland Association of Governments to deal with specific projects, but they require an application and approval and are not a guaranteed source of income. Class B and C Road Funds are distributed by the state based on the lane miles of road within the community and come from the taxes on fuel. Lehi receives these funds every year and they supplement our local sales tax dollars.

Infrastructure adequacy is a worry for many Lehi residents, and roads are a large part of that issue. Roads deteriorate quickly in heavy use and the need for transportation improvements continuously outpaces available funding. Challenges are compounded by a fast-growing community, cost increases in paving products, and more cost efficient cars—lowering the amount of tax dollars collected.