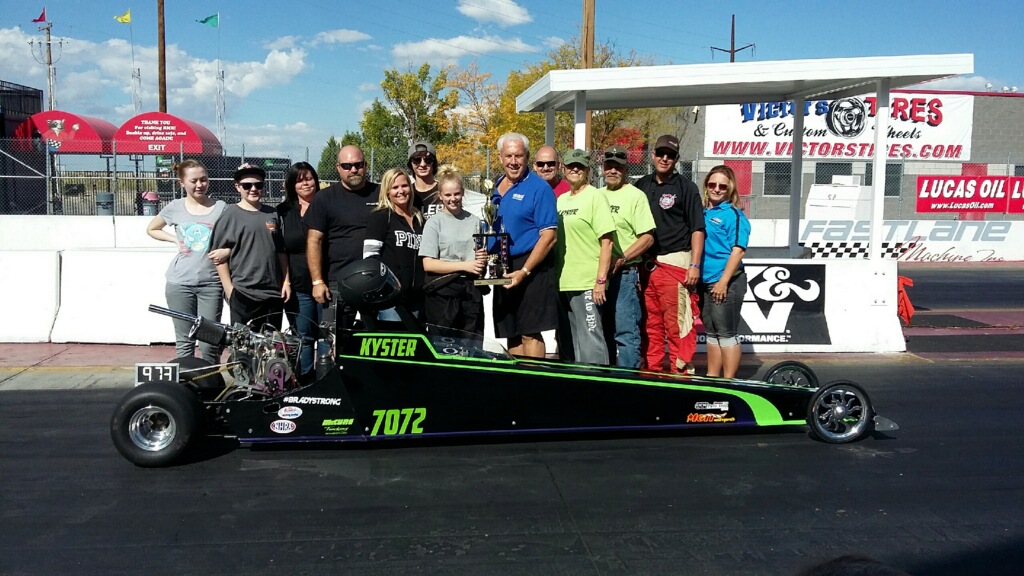 Kylie Sudweeks is a 15-year-old local drag racing champion. Saturday, October 1 at Rocky Mountain Raceway, Sudweeks shot past the competition and won the Utah Chassis and Machine Junior division drag race. Kylie registered with the NHRA (National Hot Rod Association) at the end of last year and has only raced in the 2016 season. Most of the youth in this division have been racing since they were eight years old.

Each year’s hot rod race circuit at Rocky Mountain Raceway includes 16 races in this division. Each race starts out with two practice runs and then the real racing starts. All the racers are placed into brackets or groups. If you win a round, you advance to the next, until a final winner is determined.

Last Saturday in Sudweeks’ final race, she won on a “hole shot,” which basically means her reaction time at the start was quicker than the other racers. She beat two of the top contenders who were expected to win. She has many people to thank who make her drag racing possible, from her pit crew to her local sponsors, including UMC Dyno Shop, McCune Trucking and Mott Motorsports.

According to Kylie’s mother Hollie Thomas, “Kylie’s step dad Jeremy introduced her to the sport, and she loves it. She’d rather be at the track than anywhere else.” When asked about Kylie’s knowledge of drag racers, motors and the mechanics behind racing, Thomas said, “She helps prep the car and she’s learning a lot from her dad. She loves it.”