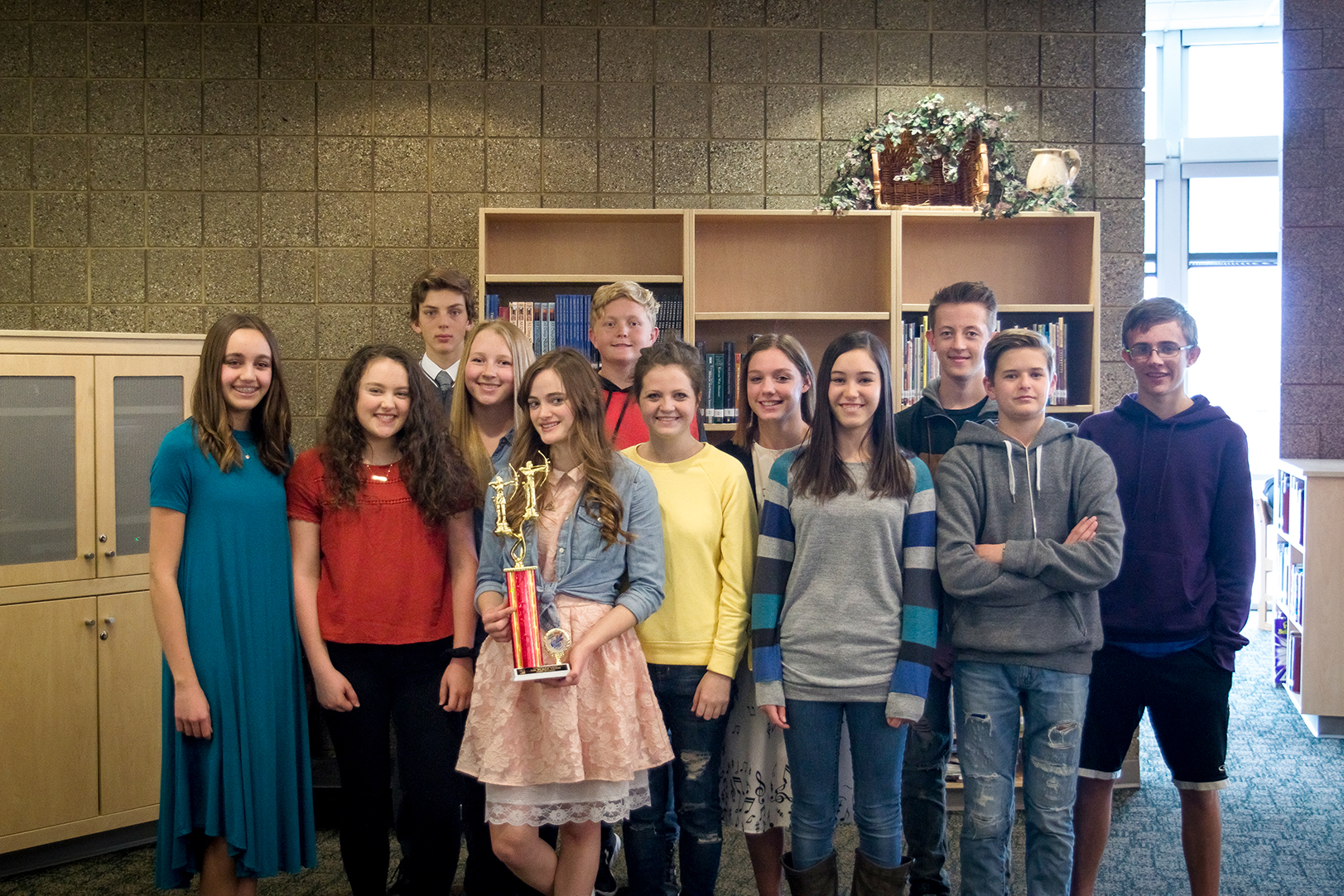 Saturday, February 10, students from Lehi’s Willowcreek Middle School competed in the NASP (National Archery in Schools Program) Utah State Tournament. With over 1,000 students competing in the high school division, Willowcreek’s ninth-grade team received third in state, qualifying for Western Nationals in April. The team, composed of 12 students, received an overall score of 3,015 points, with top shooter Tenya Dalton, receiving 269 points. This is the first time the team has placed in the state tournament. Club Director, Mrs. Jacobsen said, “we didn’t even have two of our greatest shooters, so I know we can do better next time around.”

The team has been practicing all year with sessions after class and during club hours. Students at Willowcreek Middle School are taught basic archery skills as part of their Physical Education Skills course. Students can opt to join the club for the opportunity to compete in tournaments. Instructors Jennifer Jacobsen and Dave Robinson lead the club.

Jacobsen said, “We’re hoping to get more students involved in this club. We’ve seen archery really come alive, but we’d like to see it grow more and more, so we can place again next year.”

The team will compete in Sandy, Utah at the Western Nationals April 13-14, for a chance to qualify for the NASP World Tournament in Louisville, Kentucky.

Related Topics:archerycompetitionfreelehimiddlepressschoolwillow creek
Up Next