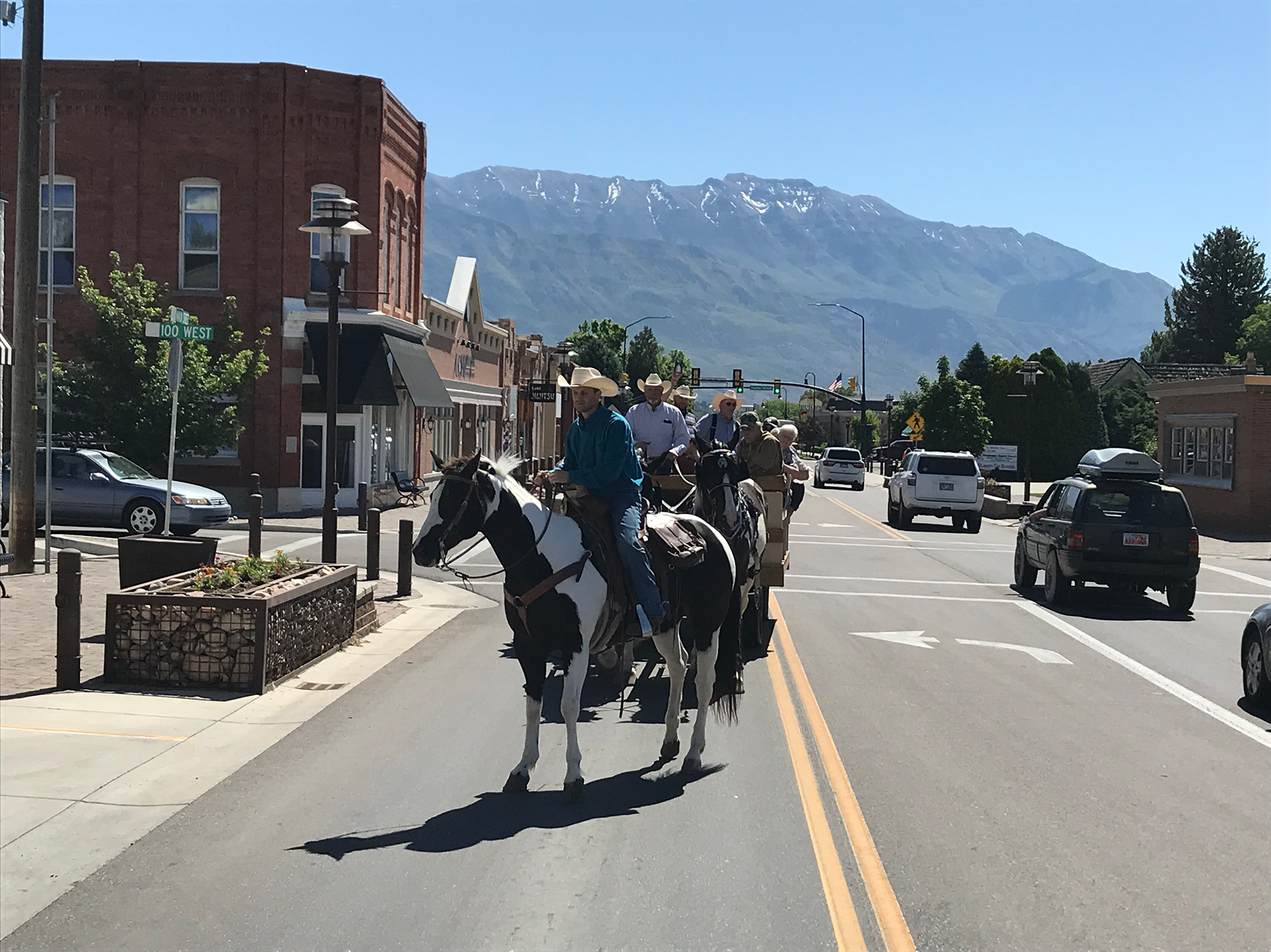 Wayne Clark, admittedly obsessed with old-timey Lehi, told tales of vigilantes, a polygamous wife of Joseph Smith, a slave girl, an “Indian” home, and a murdering crossdresser; making old Lehi appear to be the wildest town of the Wild West. Afterwards, the Merrill Carson clan provided a gluttonous feast of transcendent turkey, blissful baked beans, and celestial coleslaw. Thankfully, the tryptophan in the turkey made the socializers sleepy, so they headed home, and Lehi was once again a peaceful place.

To learn more about what was said during the S.U.P. Wagon Tour through 1860 Lehi, take the following quiz:

True or False (One point each)

In twenty-five words or less, describe the relationship between square donuts and one of Lehi’s first blacksmith shops.

10.Arden Tuckett, the man responsible for bringing square donuts to Lehi through his Lehi Bakery, lived for many years on the northwest corner of 300 South and 100 West — the location of one of Lehi’s first blacksmith shops.

20 points: Congratulations! You are a master Lehi historian.

19 points or less: If you don’t know history, you are doomed to repeat the mistakes of the past. Good luck with that!