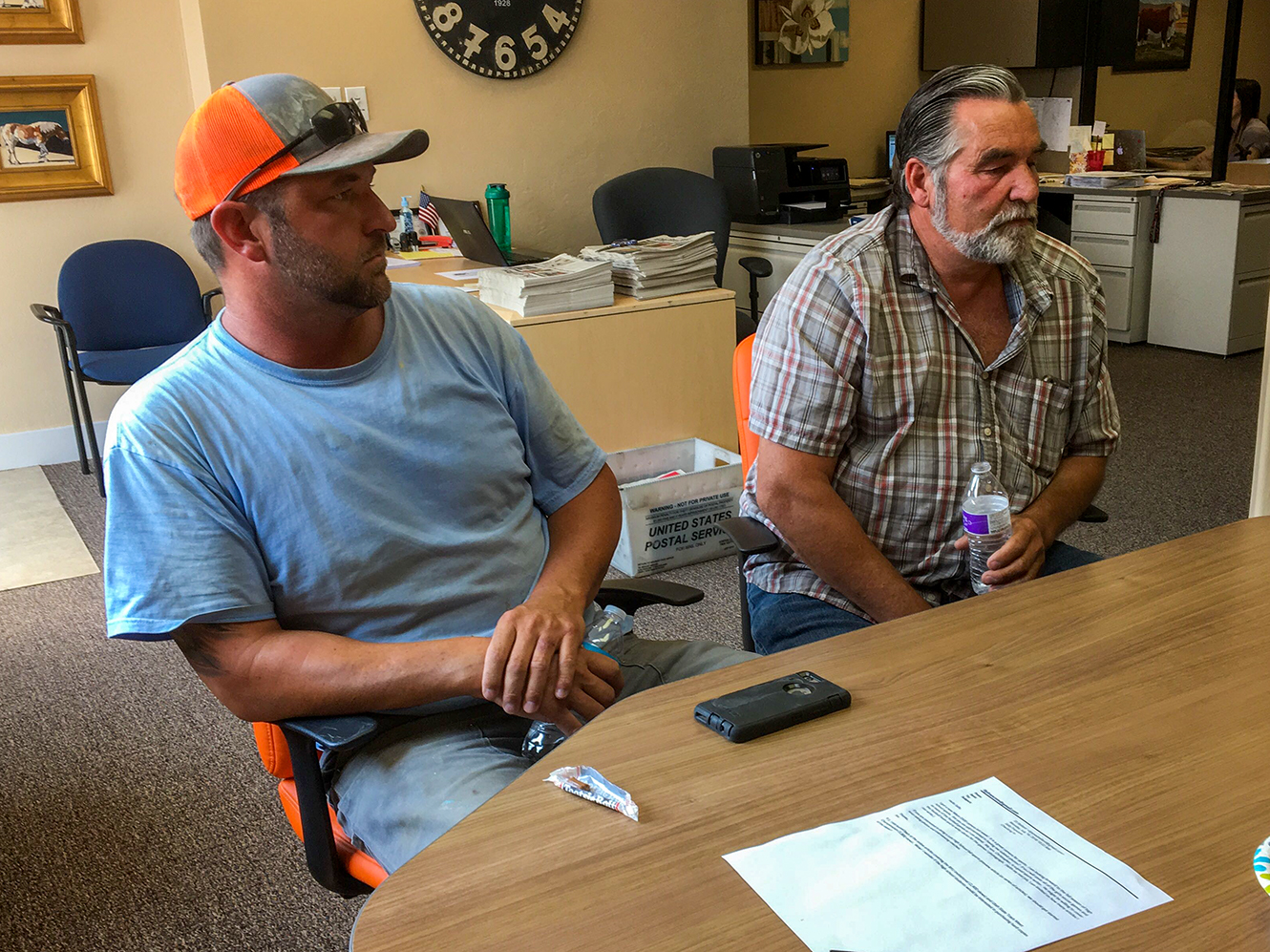 In a Pre-Council discussion on July 10, Lehi City Council members commented on a proposal brought to them by Mayor Mark Johnson concerning purchase of the Jonsson mink farm located in south Lehi.

Keith Jonsson and his son Michael had approached the city about buying their mink operation located across from the 700 South Sports Complex. The Jonssons presented two options to the City: 1) the City could buy the five-acre parcel for $5.3 million. 2) the City could pay to relocate the business to Cedar Valley at the cost of $3.7 million and buy the Lehi property for $1.6 million. Lehi City Council members felt the price was exorbitant.

In an unsolicited interview with the Lehi Free Press, Keith and Michael Jonsson defended the price based on information that had not been shared with the City Council.

The Jonsson family started their mink operation in Lehi over 40 years ago. A ranch had been located there for 20 years prior to their purchase. At that time, the location of the farm was miles away from any development. Only a few farm houses were in the area. In 1996, Alpine School District bought property to construct an elementary school several hundred yards from the Jonsson operation. According to the elder Jonsson, “I talked with the District and told them dust from construction could be detrimental to the breeding of our mink and I was assured that the construction site would be watered and there would be no dust. This did not happen. The dust caused the death of 40% of our kit crop. I had to sue to recoup lost income.”

In 2002, Lehi City acquired property across the street from the mink operation from Patterson Construction. The City started to grade and prepare the property for a sports park. Again, Jonsson approached the City making them aware of the detrimental effect dust and lights would have on his mink, especially during breeding and whelping season. He was again assured that there would be no lights on the ball fields and the dust situation would be monitored closely. It wasn’t long before light poles were constructed. Lights have never been utilized on the ball fields.

Developers are required by the city to complete a “Right to Farm Analysis” before beginning any project in proximity to a farming operation. Among the ten stipulated requirements are: Safety and protection of livestock . . ., fencing on all agricultural property adjacent to the proposed development, provisions, acknowledgements and understanding by new property owners of farm work hours and that farm operations may contribute to objectionable noises and odors, screening provisions and landscaping to reduce noise or visual impacts for adjoining uses.

“These statements do not match what is currently occurring in Lehi,” stated Michael Jonsson.

According to Keith Jonsson, the City Council members clearly have no idea what is involved in operating a mink ranch. “Often decisions are made based on what council members are told and not what is actual fact,” said the elder Jonsson.

“Mink ranching involves careful monitoring of light and other environmental factors,” Jonsson said. “We discussed the necessity of being aware of the sensitive nature of mink breeding and how light causes changes to mink production and we are always assured that measures have been taken to protect our business, but none of the assurances are realized.”

“In the last two years a new chapel for the Church of Jesus Christ of Latter-day Saints has been constructed across the street from my property and the lights from the cars in the parking lot could and will affect the mink,” stated Keith. According to Jonsson, “Changes to the church’s plan were not discussed with us. We were even told that there would be no activities at the church after dark.”

“I have been approached by former and present administrations and asked what it would take for us to leave? They just want me to walk away. We realize the business is not compatible with the area, so we decided to put together a figure,” said Jonsson.

In calculating the cost to the City to buy the mink farm, Keith and Michael said the value of the land, the adjoining lot, and cost to replace the mink operation equals the $5.3 million. “You just can’t build a mink farm anywhere. You have to build where existing trucks routes can be accommodated. You also have to drill wells, calculate power costs, etc. I know it is time for us to move, but I am entitled to replace my livelihood. We are not even asking for replacement of income for the 18 months to two years it will take to rebuild the facility or the distance we will have to travel from our home to the new property.”

The present location has been problematic for the Jonsson’s since the additional development. “Cars are always parking right on our property. We have complained but there is no enforcement of the parking code. The City is always championing property owner’s rights, but what are our property rights?” said Keith. “It is like having someone wanting to buy the property where your house sits but not wanting to buy your house, so they pay you for the property, but you have to pay to build another house, where is the fairness in that?”

In the future, The Jonssons plan to attend all planning and city council meetings where their property is being discussed so their voices can be heard.

Couples to be honored for their service at Heritage Day: Phil & Carol Gray and Mel & Lueen Kirkham