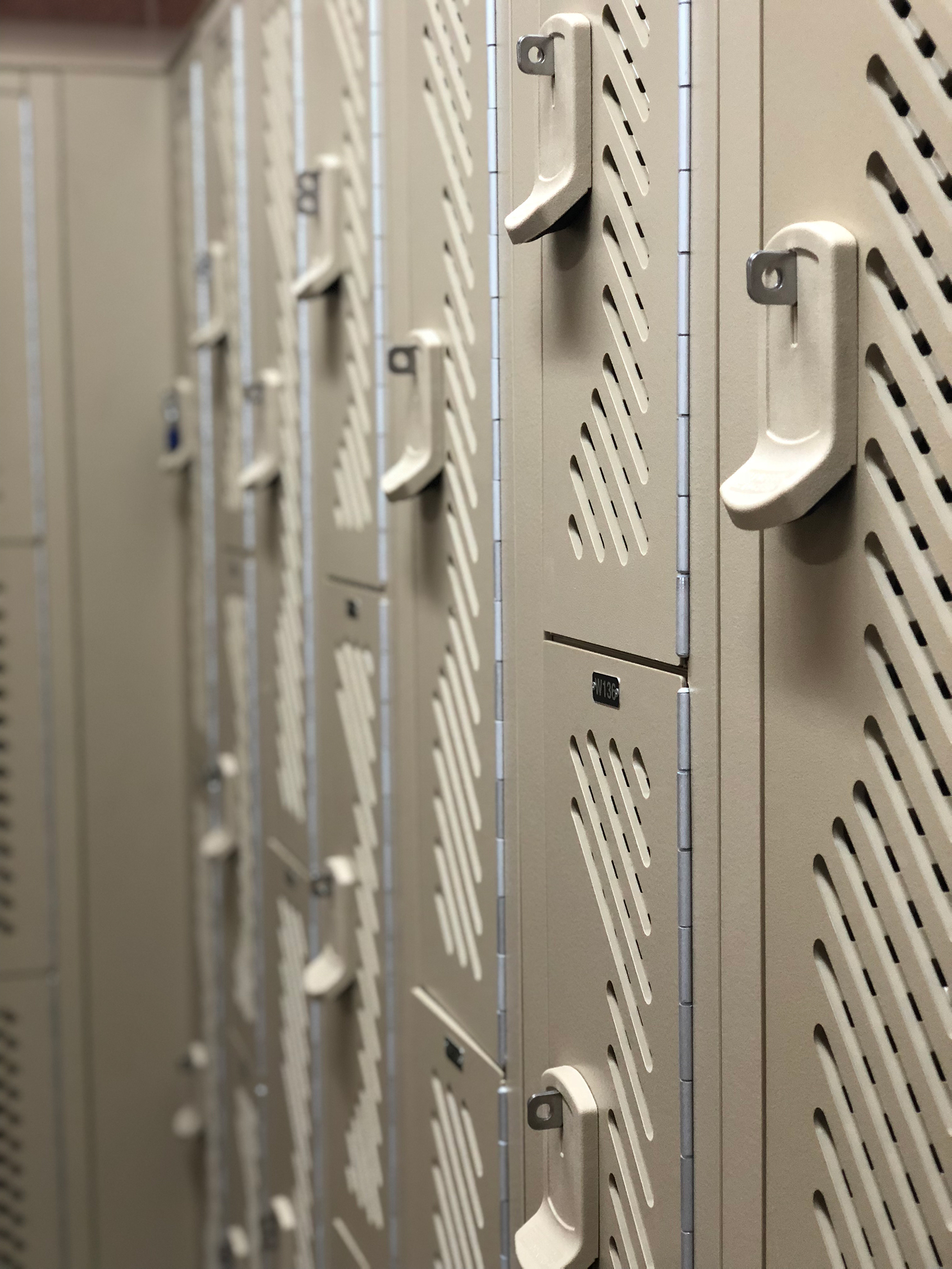 Age, rust, and the need for improved security are some of the reasons the lockers at the Lehi Legacy Center have recently been replaced, according to Kim Cooper, Assistant Recreation Director for Lehi City.

“We have replaced all of the lockers in the women’s locker room and have plans to replace the ones in the men’s area next year,” Cooper said. “When the center was built, and we first installed the lockers, we did not have a pool at the center. With the addition of the pool, there was much more wear and tear on the lockers with the addition of wet clothes and towels. The metal lockers were beginning to rust. We have also had some issues with theft because of the big vent holes in the metal lockers which allowed people to see into the lockers easily,” Cooper added.

“We are thrilled with the look and design of the new lockers. We really shopped around to get the best we could afford. They will “breath” better and won’t rust because they are made out of a super durable plastic which will last for years,” he said.  Plus, you really can’t see into the vent holes of the new lockers which will help with security,” said Cooper.

“We also have a new policy that nothing can be left in the lockers overnight,” said Cooper.  Each night after closing, if someone has left anything in the lockers, the lock will be cut off and the items will be placed in the lost and found.”

The cost of the new women’s lockers was about $50,000. The city has budgeted about the same amount for the men’s locker’s to be replaced in 2019, according to Cooper.

“Security is important to us and we are also looking at buying additional smaller “non-clothing” locker systems that are sized to hold a cell phone, car keys, and a wallet. These would be placed in workout areas and around the facility. These lockers would be similar to those you might see at a spa where the user puts in his own code into the locker system and doesn’t need to bring a padlock,” Cooper said.