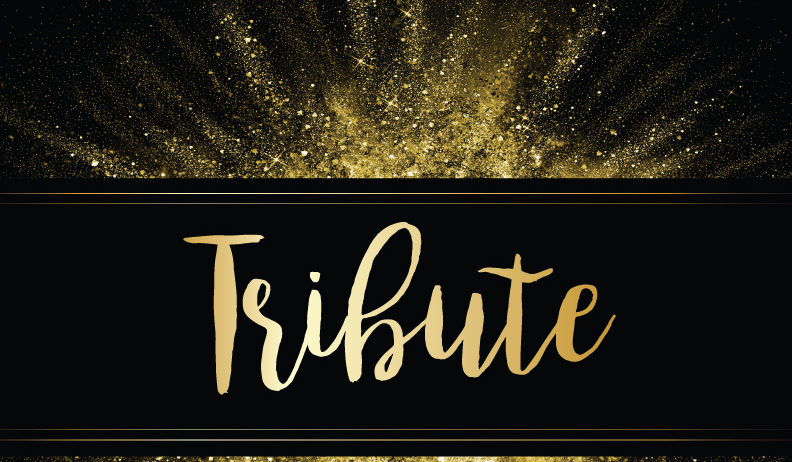 Lehi’s creative talent will take center stage next week in more ways than one.

Famed dancer, choreographer and teacher, and Lehi native, Bill Evans will be among a select group of local heroes honored by the Utah Metropolitan Ballet (UMB) at its 2018-19 season opener, and the honor will be presented to him by the dance company founded by Lehi native, Jacqueline Colledge.

While Evans will be honored for his long life of accomplishment and contribution to dance, Colledge’s choreography will be showcased in one of the pieces featured in the performance.

The performance, entitled “Tribute,” will take place Tuesday, October 23 at 7:30 p.m. at the Covey Center for the Arts and Friday and Saturday at 7:30 p.m. in the Reagan Theatre at Utah Valley University (UVU).

It will be another connecting point in the lives of the two Lehi natives. Evans, who started dancing at the age of eight and established a studio on Main Street when he was 17 years old, was Colledge’s first teacher.

His studio stood next to the old post office, where Colledge’s mother would bring her when she ran her weekly errands. “Jackie would come and look in the window at me teaching,” said Evans. “Every week she’d stand there and watch, watch, watch. So finally I went out and I told her mother, you need to get this girl dancing lessons.”

Colledge went on to study at the University of Utah and dance with Ballet West. She founded Jacqueline’s School of Ballet in 1976 and Utah Metropolitan Ballet in 1981. She currently serves as UMB’s Artistic Director.

Colledge said of Evans, “He is the beginning of everything I’ve done.” As a teacher, he was kind and considerate while demanding a lot from his dancers. Colledge said she is grateful to have had her beginning in dance “with such a master.”

In recent years, the two have had the opportunity to collaborate professionally as he has traveled to Utah to adjudicate Regional Dance America Festival, and next week he will be in residency at UVU to choreograph for the school’s Repertory Ballet Ensemble. Colledge serves on the dance faculty at UVU.

Evans was a fixture in the Lehi social scene during his youth. He said in junior high and high school, “I tap danced at every church social, at everybody’s wedding reception, every event imaginable.” He began teaching at the age of 13 at the Irene Earl School of Dance in American Fork, and ran the studio where Colledge first learned to dance until he graduated from the University of Utah at age 23.

“I’m very moved and delighted,” Evans said of the honor which will be presented to him next week, while taking the opportunity to highlight Colledge’s talents. “I’m so proud that I was Jackie’s first dance teacher. She’s accomplished miracles. She’s quite an extraordinary woman.”

Colledge said presenting Evans with this honor is chance to say “thank you” and express her deep appreciation for his influence and mentorship in her life.

“Tribute” features four separate pieces created by local choreographers, including Colledge, and dedicated to the honorees. “We want to honor people whose hearts help make Utah Valley an exceptional place to live,” said Michele Moon, member of the Utah Metropolitan Ballet’s Board of Trustees. In addition to Evans, honorees include:

Christopher Clark, an actor, director, producer, writer and UVU Theater professor who has received widespread attention for his positivity in the face of the neurodegenerative disease ALS.

Shawn and Rebecca Covey, founders of Bridle Up Hope, an organization that works to build confidence and resilience in young women through equestrian training.

And Lana Jardine, past president of Utah Regional Ballet, member of UVU Board of Advisors, and a champion of the arts.

The honored guests will be present at the Tuesday night performance at the Covey Center.

Tickets for Tuesday’s performance are $15 and available at https://www.provo.org/Home/Components/Calendar/Event/46762/1003.

Tickets for Friday’s and Saturday’s performances are also $15 for general admission, with students and seniors for $10 and children for $5. Those tickets may be purchased at https://www.nowplayingutah.com/event/umb-tribute/.