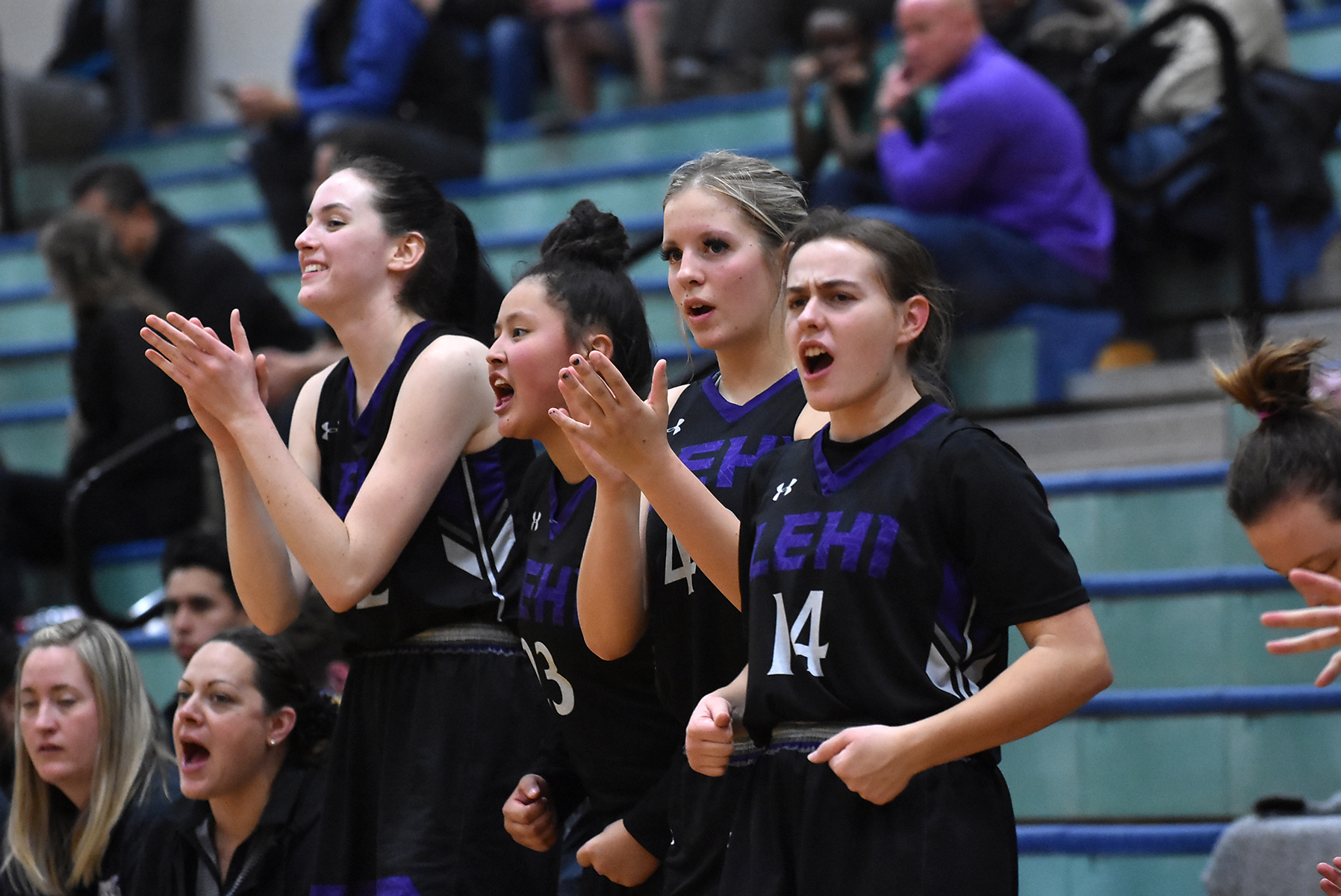 Lehi Girls Basketball was tested on the road last Friday in a game against Juan Diego High School. The Pioneers came out triumphant, winning the game 49-36, led by Macie Warren and Lila Galeai who both scored in double figures. Lehi improved their record to 5-2 while Juan Deigo dropped to 1-8.

The game started with the two teams battling to get an edge over the opponent. It was close for the first few minutes, with neither school gaining an advantage over the other. The Pioneers began to crack the game open with good ball movement leading to an open look and a buried three-pointer by senior guard Sami Lewis, giving Lehi a six-point lead. The Pioneers then played tenacious defense to maintain their lead. Lehi’s relentless full-court press kept Juan Diego from scoring again in the first quarter and wore the Soaring Eagles down throughout the game. At the end of the first quarter, Lehi led 14-8.

Juan Diego came out of halftime with a renewed determination. They started the second half on a 7-0 run, cutting the Pioneers lead to three. Lehi saw all the momentum shift when Juan Diego point guard, Kiely Rasmussen, scored three of her game-high 19 points to tie the game at twenty-five apiece. The Pioneers responded; called a timeout, regrouped, and finished the third quarter on an 8-1 scoring run.

The fourth quarter saw the Pioneers extend their lead, never allowing their opponents to again gain any momentum. Lehi cruised to victory, scoring sixteen points in the quarter.

The Pioneers will play again this weekend against Hurricane, Dixie, and Tooele on three consecutive days.