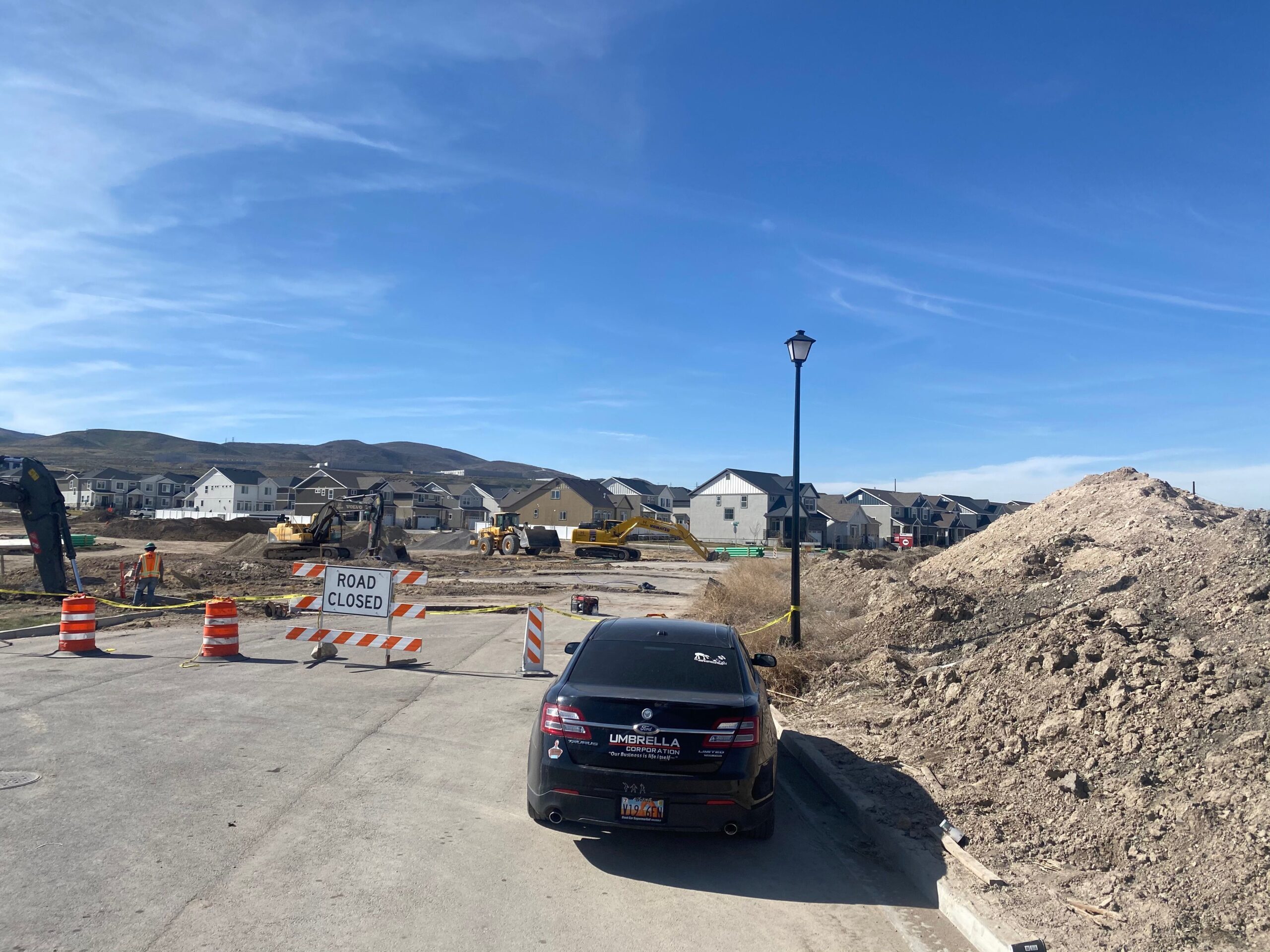 On Friday, April 1, Lehi City Councilwoman Katie Koivisto and a group of children walked through a construction zone in Holbrook Farms, which was barricaded and marked as closed. Construction crew members asked Koivisto to leave the premises for safety reasons. Koivisto and the construction crew got into a verbal altercation, and police were called to the scene.

According to a Saratoga Springs City police report obtained by the Lehi Free Press, this is not the first time workers have asked Koivisto to stay out of the construction zone, citing safety concerns for her and the accompanying children. When asked to leave the premises, Koivisto told the staff she was a City Council member and could walk through if she wanted.

During the incident, as Koivisto and the on-site crew had a heated verbal exchange, a crew member proceeded to call the Lehi police, who referred the situation to the Saratoga Springs Police department due to the conflict of interest. The officer arrived, but Koivisto had already left the scene.

After leaving the site, the officer went to Koivisto’s nearby home and spoke to her. According to the report, Koivisto admitted to getting into an altercation with the construction crew, stating the closed route she kept taking was the quickest way to get to where she needed to go.

When asked why she couldn’t take other detours to get to her destination, Koivisto reportedly said, “walking on those detours is just as bad as walking through the construction site since there is still construction on those detours. There are no sidewalks to walk on.”

The officer then explained to Koivisto that the construction site has numerous 20-foot trenches. The employees are worried about her safety and the children who might unknowingly walk into the holes and critically injure themselves.

Regarding the incident, John Hadfield, President of HADCO Construction, whose worksite was involved, said, “construction sites are busy, active places, with intersecting traffic between trucks, cranes, mobile equipment, and workers. Everyone authorized to step onto our projects must wear a high-visibility outer vest and hard hat to ensure safety and instant recognition of workers on the job site.

To protect the general public, contractors must provide a road closure plan to the city and provide clear signage to designate temporary traffic control zones so pedestrians and vehicles understand that this is an active construction site. While we know this may be inconvenient, unauthorized access of visitors on foot onto our projects is not allowed for the safety of the public and our workers. Since the incident last Friday, we have confirmed with the city that our permit was received and approved by Lehi City. We were in full compliance with the permit.”

Hadfield continued, “unfortunately, on Friday, April 1, 2022, Lehi City Councilwoman Katie Koivisto did not want to be inconvenienced by walking around our project at Holbrook Farms and proceeded onto our active construction site with numerous children in tow. The site manager politely asked Ms. Koivisto to exit the premises for her safety and the safety of the children. She announced that she was a City Councilwoman and could go anywhere she wanted and proceeded to walk the length of the construction site, which happened to be an existing road with trenches up to 14 feet deep. Because of her actions, our site manager had to shut down operations because it was unsafe and potentially dangerous. Unfortunately, due to the escalation of the situation by Councilwoman Koivisto, the police were called.”

Koivisto was reached for comment about the situation and provided the following statement, “While walking home with my kids from school, I was confronted by HADCO construction workers regarding a closed off-road in my neighborhood. It became apparent that the detour provided by HADCO was not a safe route for the school children to be walking home from. This is not a new situation for anyone in Lehi experiencing growth and construction in their neighborhoods. I reached out to Lehi city to see how the situation could be addressed. Lehi City’s street Department is phenomenal and addressed the situation with HADCO.”

Hadfield said he had not discussed altering the construction company’s plans in the area (Drexler Drive) with Lehi City because of the incident. Construction work is continuing, and HADCO is not planning to press charges.

The Saratoga Springs Police officer’s report concluded, “I highly advised Katie to not walk through that construction site again and to either figure out a solution with Lehi City or take another detour that would be clearly safer than the construction site.”

When asked for a comment, Cameron Boyle, Lehi City Assistant City Administrator, said, “As with any investigation or incident involving a city employee or official, we don’t have a comment on the incident. Because of her [Koivisto’s] position, the incident is being handled by Saratoga Springs P.D. We are referring any requests to them.”