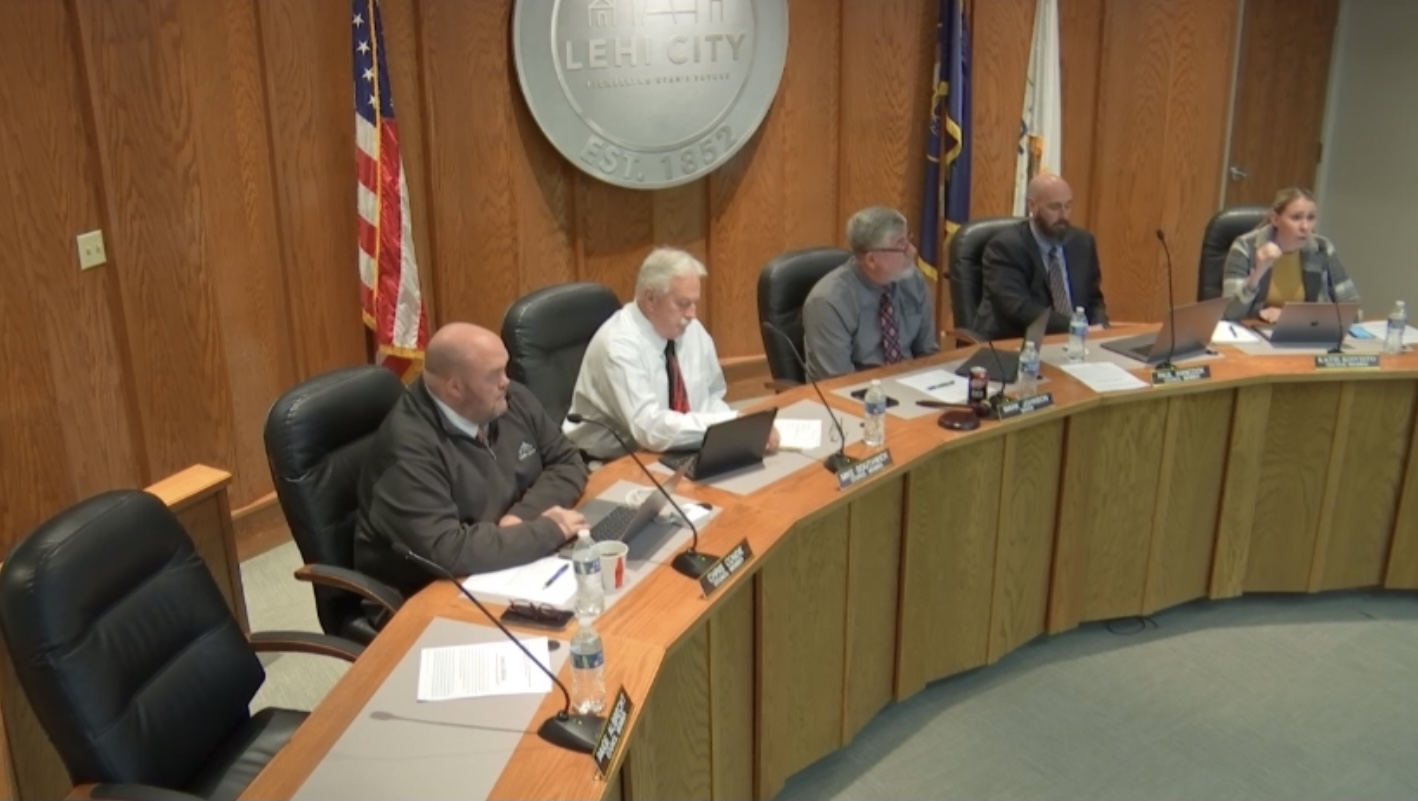 The Lehi City Council met on Tuesday with all members in attendance. During the pre-council session, a representative from FairVote shared the results from a satisfaction survey regarding Ranked Choice Voting (RCV) in Utah as Lehi participated in RCV for the first time ever during the 2021 municipal election.

Later in the evening, at the beginning of the regular session, the Mayor opened the meeting with a 20-minute citizen input period, as is customary for every meeting. During the public comment, residents may address the Council about concerns that are not on the agenda. On Tuesday, a group of citizens who oppose RCV came to express their grievances and requested that the Council opt-out of RCV for future elections.

One of the people speaking against RCV was Lehi resident and current candidate for Utah’s Third Congressional District, Jason Preston (R). At the conclusion of public comment, Councilwoman Katie Koivisto spoke to the crowd and said “Jason Preston, can you come to the microphone real quickly?” Preston obliged and came forward.

“It’s my understanding that you’re running for Congress, is that correct?”

“Were you able to watch when Lehi City had the discussions about Ranked Choice Voting this past year?” inquired Koivisto.

“You did vote in them, but did you watch the discussions that we were having?” responded Koivisto.

“No, but I would like to know,” replied Preston.

“Were you aware that this is an opt-in situation with the Ranked Choice Voting? If we were to do this again, we would have to opt-in [to continue RCV] to do this again?” stated Koivisto.

“Where is our choice in that?” inquired Preston.

“When you vote for us,” explained Koivisto.

“So, you’re not going to speak during this. It’s my conversation for this right now,” said Koivisto

“Well, you just asked me a question,” Preston said.

Koivisto then went on to state her dissatisfaction with the timing of the topic and discussion.

“Have you guys done the research on knowing where we stand with it? How this came about or what came about from it? Other than (Michelle Stallings and Wendy Hart).”

“You would then recognize and understand how imperative it would have been for you to come a year and a half ago. As it stands right now, there is nothing that can be done until we figure this out. The thing that’s frustrating is we’re going into a meeting right now that has now taken over 40 minutes of our time to get these things situated when it should have been addressed then.”

“Did I vote for Ranked Choice Voting? Absolutely not, I think it’s horrible. I don’t want it.”

“You didn’t do your research for it and it’s a waste of our time for you guys to come in and do something like this, especially since you’re running for Congress. We’re done with this and were not going to continue to move this conversation forward,” concluded Koivisto.

The crowd gasped again as audience members started to shout out toward Koivisto.

“I’m sorry. You work for ‘we the people.’ Period. I don’t think it’s respectful for you to speak to the people who put you into office like that,” said Preston.

“I voted against Ranked Choice Voting and yet you guys have the audacity to come in here and not do your research,”Koivisto yelled back.

“Audacity? You work for us,” countered Preston.

Mayor Mark Johnson then intervened to try and restore order to the meeting.