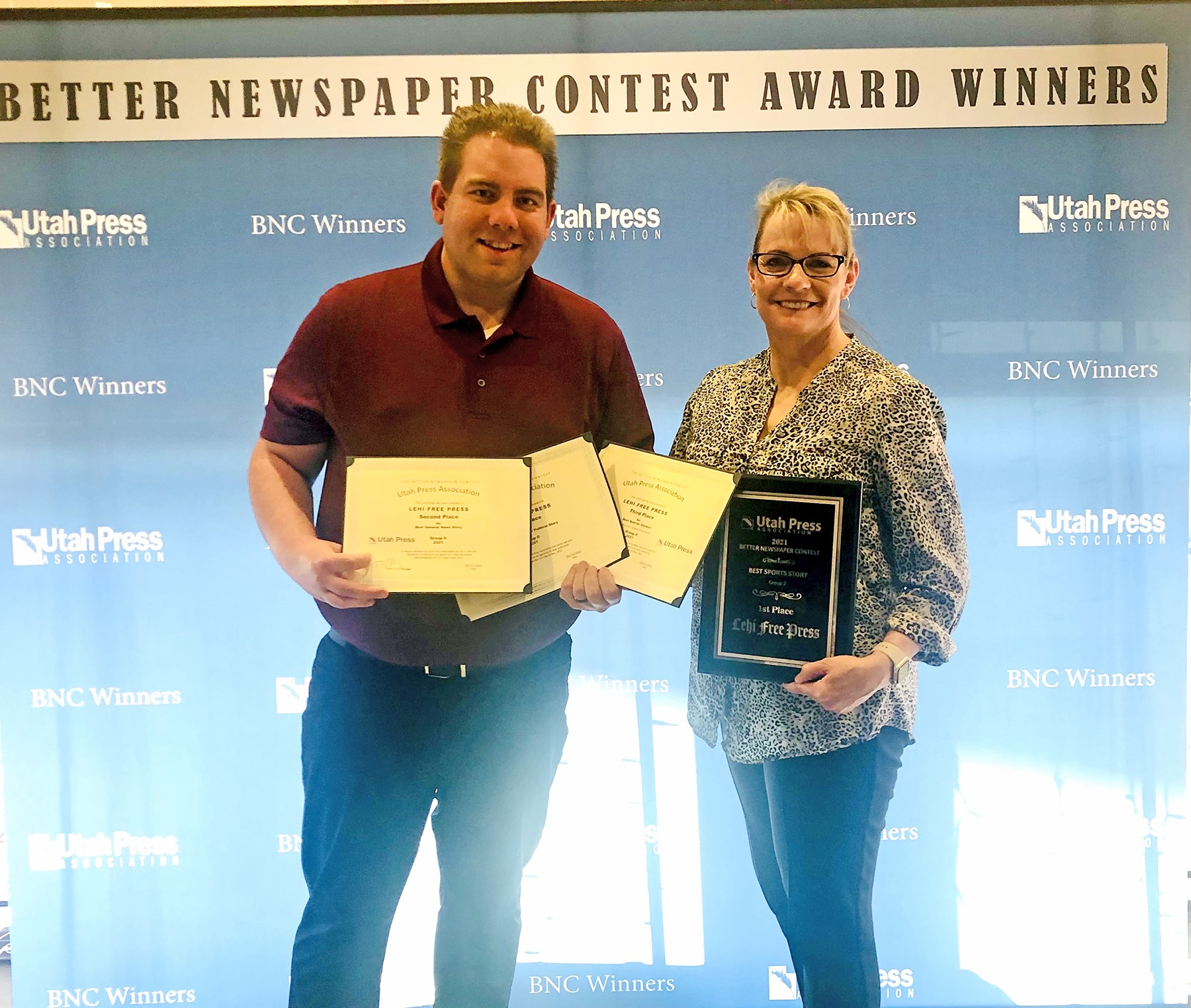 Sports Editor Beky Beaton earned a first-place award for her sports story and column about the Lehi High School football championship. Beaton, a veteran sports reporter, has covered local sports for several decades and has been on the Lehi Free Press staff for three years.

“I’m very pleased for the newspaper to receive these recognitions. Our staff is small but dedicated and they produce excellent work with their total commitment to bringing Lehi residents the news,” said Beaton.

Digital editor and city reporter Skyler Beltran earned two awards. Beltran picked up second place for Best General News story about the recently approved Thanksgiving Point Development that was originally denied. He also came away with third place for Best Government/Political reporting for his coverage of the congressional tour of the Utah County Elections office.

“It’s an honor to keep Lehi informed and deliver important information to our readers and community,” said Beltran.

The section included stories and pictures of the final three rounds of the state tournament along with a full-page photo layout of championship day and a column about the season journey of the team.

The Lehi Free Press competes in the “Group II,” category, which consists of news entities all over Utah with circulations of 3,500 or more. “I am so proud of our talented group of reporters,” said Publisher Sally Francom. “They are all so dedicated to Lehi and covering our most important stories. They deserve every accolade they received.”

Each year, newspapers and news agencies all over the state submit their best work to the Utah Press Association. Other state news organizations judge the submissions to keep the awards fair and impartial. This year, the New Jersey Press Association judged Utah’s submissions.