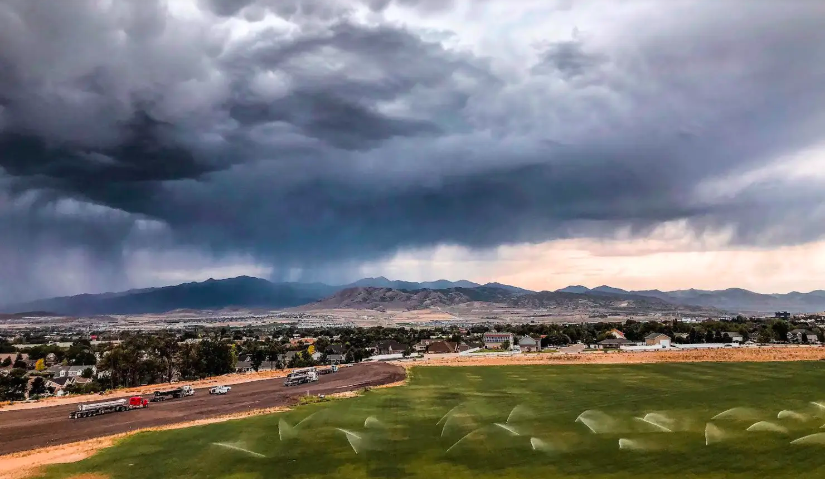 The City Council delayed their decision on the nine-lot subdivision overlooking Family Park (formerly Peck Park) during the May 24 meeting. The controversial project received a unanimous negative recommendation from the Planning Commission last month and is now moving forward with Council approval after a 3-1 vote during the June 14 City Council meeting.

The City previously purchased a 17-acre lot ($1.4 million) adjoining Family Park, which was approved for a 20-home subdivision. The Council saw it as an opportunity to add acreage to Family Park while reducing density by taking 20 homes out of the area.

The purchase, which was previously turned down twice, wasn’t in the budget and had to be paid with park impact fees previously allocated to other projects. The City needs to recoup the $1.4 million purchase price and decided to subdivide and sell the 3-acre property in question. The City rezoned the property to residential in June 2021.

“At the end of the day, my concern is, we didn’t have it in the budget to buy these 20 lots. We have to reimburse that budget, period. I’m telling you; we don’t have gobs of money. We have to maintain a surplus fund for emergencies. I don’t get a vote on this, but my job is to protect Lehi City’s budget, “Johnson said during the May 24 meeting.

“Not one of the emails sent to me suggested what we can do to make up the money and expense for this land. I’m open to any option that anybody has to offer. I just want to pay for the land. I’m willing to entertain any sort of compromise,”continued Johnson.

Residents near the area have spoken out against the proposal during numerous public meetings. Residentconcerns have mostly centralized around traffic concerns and losing their long-time views.

“I understand you want some solutions to take care of this. I have no idea. We need to think about it. It takes time. What’sthe rush? Can we slow down a little bit? I think it may be too hasty,” said resident Gina Christofferson during the May 24 meeting, who, along with several others, urged the Council to delay their decision, which they ultimately did.

The proposal was back on the agenda on June 14, with the City presenting the completed traffic and geotechnical studies requested by the Council during the previous meeting.

“Our traffic study was about the park as a whole, including the nine lots. Park uses are still to be determined, but we used our best guess and used highly conservative numbers. We found that the nearby intersections would operate at good levels. We recommended some turn lanes, including left-turnlanes off 600 East into each park access point. We also recommend a turn lane at Airport Dr and 600 East,” said Josh Gibbons, the presenting engineer for Hales Engineering, which conducted the study.

The City also reviewed the geotechnical study, which stated all nine lots were buildable but would require mitigation byeither adding or removing material from the site.

Councilman Mike Southwick said he would support a smaller total lot count of six to allow the City to recoup its funds while also preserving space for a public overlook for residents to enjoy the picturesque views.

“I think there is a win-win situation. It may not be ideal for everyone, but if we build the six lots and leave the rest for an overlook. That’s where I’m at,” said Councilman Chris Condie in agreement with Southwick.

After the deliberation, the Council agreed to change the subdivision lot total to seven which would maximize the city’srevenue while also ensuring an overlook for the nearby neighbors and community to enjoy.

“It’s not an easy decision. I look at this from an appraiser’spoint of view, and it would be irresponsible not to sell those lots. I feel like what’s on the table right now is the best thing moving forward,” said Councilwoman Katie Koivisto, whowanted all nine lots sold. She voted against the passage of the subdivision with seven lots. The Council voted 3-1 to pass the item.