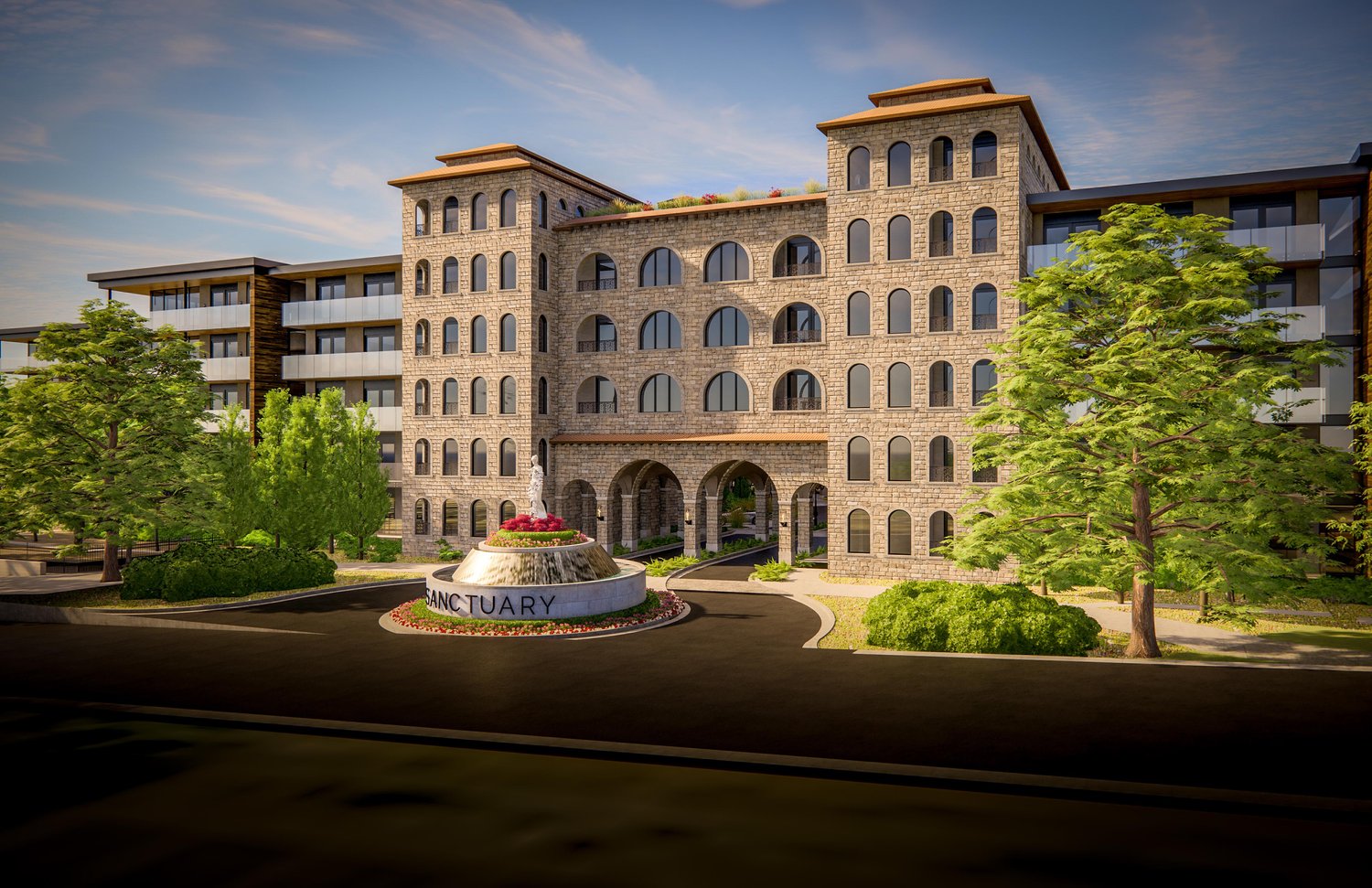 The Lehi City Planning Commission approved the site plan for Salt Development’s apartment complex in a Transit Oriented Development (TOD) at their July 14 meeting. The commissioners discussed several items at length and only split their votes regarding the request for a stealth tower (cell phone antennae) at Olympic Park.

“We really want to create a sense of place and bring classic architecture into the design,” said Nicholas Stock for Salt Development regarding the Sanctuary Apartments, a TOD at 2601 West Slipstream Ave. The complex includes 519 luxury apartments and spots for restaurants and a grocery store. “We are long-term residents here in Lehi. We want to build something that will be beautiful, and that will last.”

Slipstream Avenue is just east of Mountain Point Medical Center on the North side of I-15.

“This is the most densely landscaped plan I’ve seen since I’ve been on the Planning Commission,” said Commission Chair Abram Nielsen.

“This is exactly what we want to see more of in Lehi,” added Commissioner Greg Jackson.

The commissioners gave unanimous approval to Salt Development’s site plan. Construction is scheduled to start in August or September and will take approximately three years to complete.

Perry Commercial’s request for approval of their concept plan for a 24.6-acre commercial development at Morning Vista and SR-92 led to a discussion on planning for walkability and mapping out the entire property before starting any projects.

“You’re clearly planning to have people commute here with this huge parking structure. We’d like to see more plans to have people living closer to where they work,” said Jackson.

“It would behoove you from a planning standpoint to lay out the entire property instead of looking at little individual projects,” added Nielsen. “Where you own the property to the east, and that’s 100 percent apartments or residential units and this one is 100 percent commercial. It seems you could do a better job intermixing those and making them more walkable.”

Perry Commercial swapped five acres in the commercial area designated as park space for a less steeply graded acreage elsewhere on the property.

“I’m loathe to weigh in on something that subjective, but this is an ugly design,” said Commissioner Jackson of Smartlink’srequest for approval of the AT&T Lehi Riverwalk Stealth Tower at Olympic Park. “I get that we’re just trying to help people get a signal, but this is a piece of art, in a way. One thing that would detract from obscuring the view is if this were aesthetically pleasing. In my opinion, this screams cheap, Soviet-era simplistic modernism.”

The stealth tower is a 90-foot clock tower located within the southwestern portion of Olympic Park. The Development Review Committee noted that Lehi City Code restricts the overall height of any stealth tower to no more than ten feet higher than the tallest structure in the surrounding area. Smartlink proposed the extra height on this tower to provide maximum coverage in the area.

The Planning Commission gave final approval for the stealth tower with a vote of 4 to 3. Commissioners Brent Everett, Emily Britton and Scott Carlson, voted “no.”

The commissioners gave a favorable recommendation to Thanksgiving Station LLC’s request for a Development Code Amendment changing the percentage of the resort, residential and commercial uses and more clearly defining those designations. They also approved the site plan for Fort Street Partners’ Lehi Medical, a commercial development, and Lehi Medical Phase 2, an 8-lot residential development, at 3300 North.

The Planning Commission positively recommended Lehi City’s request for annexation and municipal boundary adjustment between Lehi City and Draper on approximately 1,035.49 acres at 4600 North 1200 East. They also gave a favorablerecommendation to an amendment to the Lehi City Development Code pertaining to Mixed-Use Zone.

After a lengthy discussion, the commissioners agreed to table Lehi City’s request for review of the Development Code Amendment to Chapter 3 Administration and Figure 7, changing the Public Hearing requirements for Concept Plans.