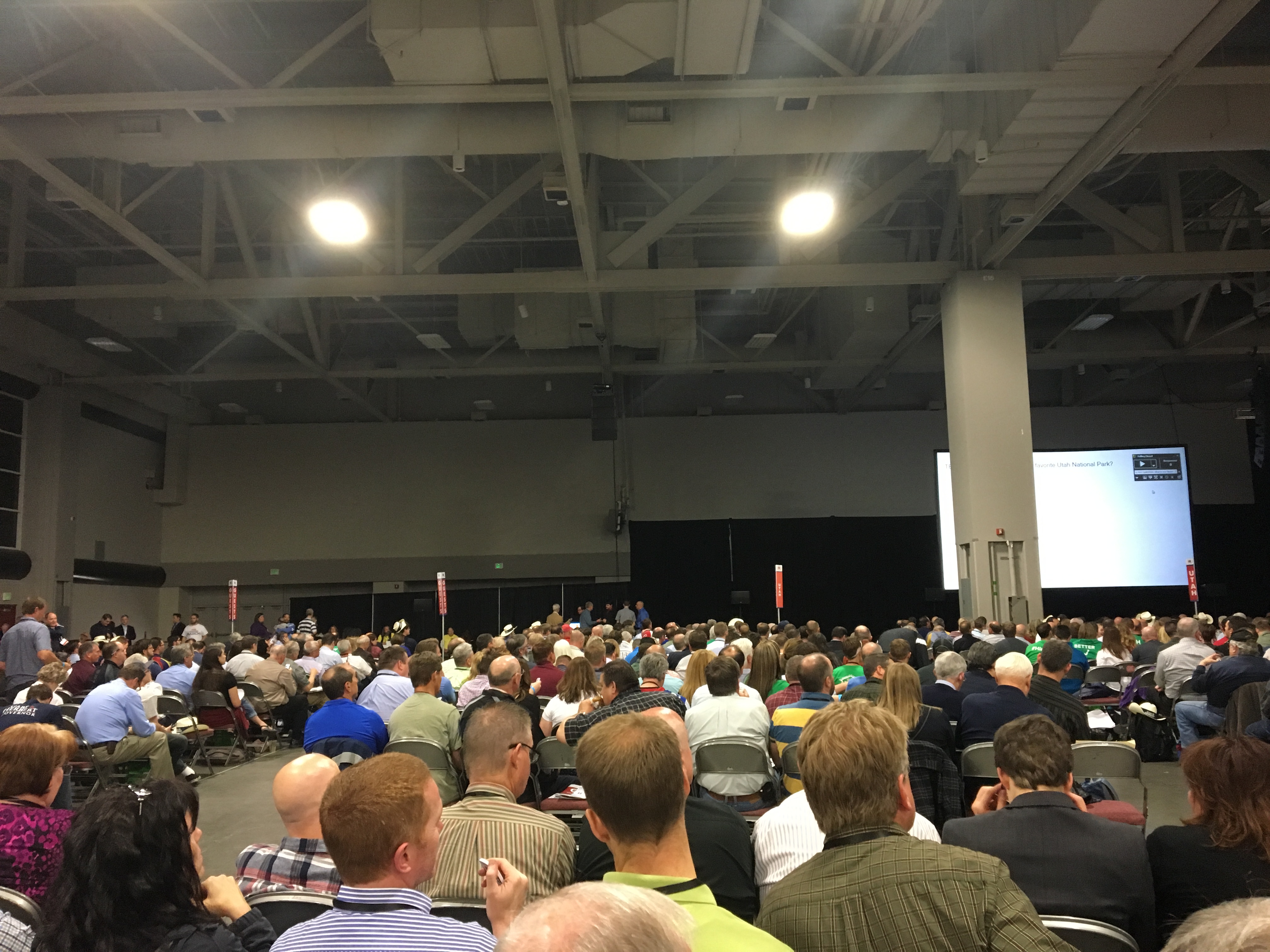 Dozens of Lehi residents are participating in the Utah 2016 nominating convention. Over 800 delegates representing Utah County are in attendance.

Update– We are covering the state convention and will be sharing the results. In the first round of republican delegate voting for governor, Jonathan Johnson is looking to be a formidable opponent to Herbert.

Update– At the Utah State Republican nominating convention, both Governor Gary Herbert (44%) and Jonathan Johnson (55%) will proceed to the primary election for Governor.