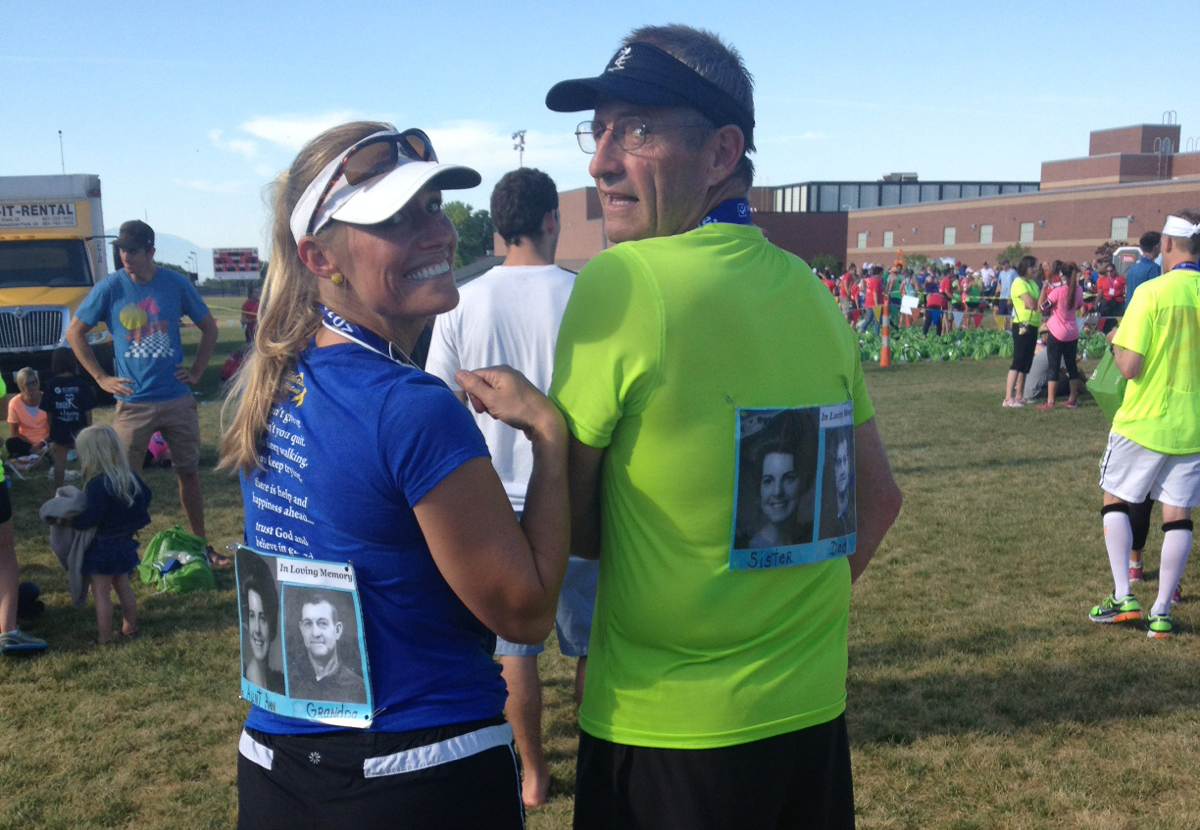 It was close to five years ago when I found myself at the finish line of the Utah Valley Marathon waiting to cheer on my oldest daughter, Jody. Up to that point I was quite indifferent towards her new hobby of running and racing. As I was waiting for her to cross the finish line, I found myself watching the wide variety of runners with great interest. Many were physically spent and would collapse at the finish line, depending on volunteers to help them hobble off to the side. As I watched, I felt an unusual compassion and respect for what these runners were putting themselves through. I began to cheer for complete strangers and yell out encouragement to most of the participants! My wife and daughters were quite amused at this because normally I would be more likely to make disparaging and teasing remarks about someone’s running form or their body type. I was caught up in the energy that I felt as I watched runner after runner triumphantly complete 26.2 miles.

But still I waited and waited for my Jody to appear in the distance so I could join her for the last few hundred yards. As I waited, I became worried that something had happened to her along the way. Four hours had passed since the starting gun and I thought she would have arrived by now. Ladies as old as me were finishing as well as some rather out of shape looking guys like me. At about 4:35 I saw my daughter trudging along the route smiling and waving to me. “Finally!” I thought, and told her to “finish strong” and ran the last 1/4 mile with her before the finish chute where only registered runners may go to complete the run.

Tears of pride welled up in my eyes to see her raise her arms in victory! She mingled with friends and fellow runners for a few minutes and then made her way over to her waiting family. We all gave her hugs and high fives for finishing. I then had to ask a rather uneducated question, “what took you so long?” I naively remarked. Jody was quick to respond that she had exceeded her goal of 4:45 and that she was happy with her time. She then looked at my out of shape physique and said, “I would like to see you run even a half [13.1 miles] marathon!” I was challenged and responded the only way I knew how: “Sign me up,” I declared, and at that moment my life changed.

Training began the next Monday morning as I had only five weeks to get ready to run the Timpanogos Half. I will admit those first few weeks were torture as my body adjusted to the new routine. Trying to begin with 4-5 mile runs caused extreme cardio distress. I was told to start slower, but that is just not how I roll. My goal time was to be under 2 hours. I was told that goal was probably out of the question. Still I trained and worked and after 4 weeks I was feeling a lot better. I was confident that I would finish, but even I was thinking the 2 hour time was not likely to happen.

Race day came on a cool clear Saturday morning. Riding the bus up American Fork canyon I could feel the butterflies in my stomach and wondered what this experience would be like. Only those of you who have tried a race know the anxiety and anticipation you feel as you go through the starting gate. Some run to have fun, some run to simply finish and then there are those who run to compete. Well I fall into the latter category and I took off at the start way too fast. I was leaving Tibble Fork in the rear view mirror as fast as I could go—big mistake. I was soon gasping for breath and my pace slowed down to what felt like a crawl. I fought through and was doing a little better after the first aid station. Timp Cave came and went and I labored to the mouth of the canyon. Ten miles in I thought I was not going to finish as I was really struggling. I was passed by a guy in my age group I will call “Walter.” I was absolutely, positively not going to be beat by “Walter” so I somehow found that reserve of energy and resisted the overwhelming urge to quit. Breaking through the proverbial “wall” I experienced what is called the “runners high.” When the finish line came into view, the clock showed 1:55 and change! I sprinted the last 200 yards and crossed the finish line in a state of exhilaration and exhaustion!

Fast forward to late June 2015. The American Fork Canyon Half Marathon is a special race set up to raise money for cancer research and local cancer victims. This race donates all proceeds and profits to help in the fight against cancer. I ran this race last year to honor my dad and my sister who both lost their lives too early to this deadly disease. Another sister and brother in law are cancer survivors, so this has become my favorite race. Last year I ran with a picture of Don Fowler and Ann Fowler Haslam on my back. I felt so grateful to be healthy and able to participate in this great cause. $250,000 dollars was raised! How great is that? I am looking forward to pinning on the bib on June 25th and running it again this year. If you are looking for something to inspire you to action, “Get Outside” and come to Art Dye park in American Fork to witness this awesome event for yourself!