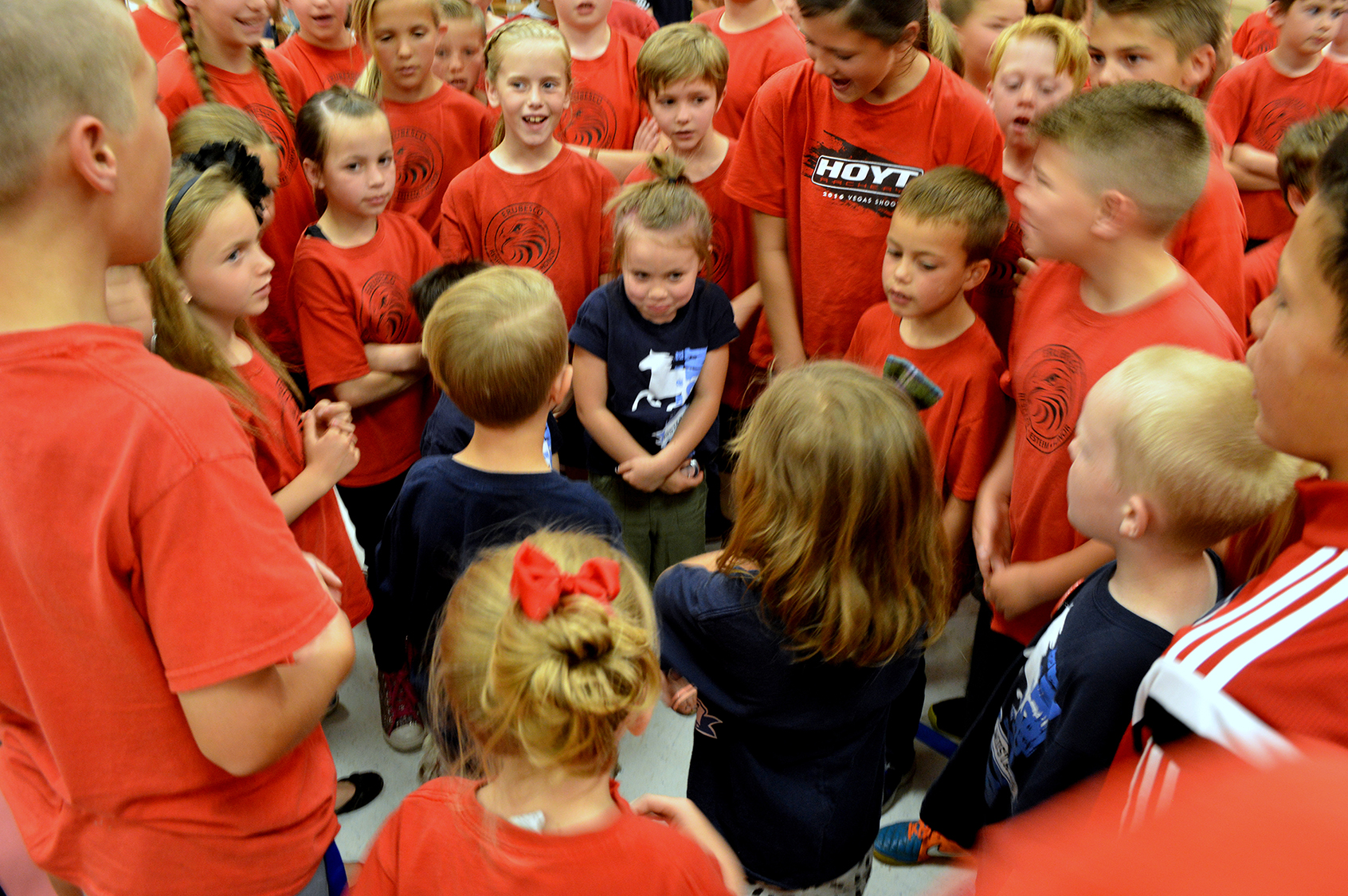 At the beginning of the 2015-2016 school year, every student at Meadow Elementary was put into one of seven “houses”—an idea similar to the houses at Hogwarts in the Harry Potter book series. Kerry Hundley, Teacher on Special Assignment, came up with a Latin name for each house, plus they have their own color, animal mascot, and volunteer teacher to lead them. Students of every grade are mixed in each of the houses.

Becky Mercer, head of Amacus House and Media Specialist at Meadow Elementary, explains that every Friday during the school year the houses met for high intensity character education. For example, last Friday the students worked on good sportsmanship. To earn points toward the House Cup, the houses had challenges like cleaning up the lunch room for a week or organizing a food drive. “The goal is to teach the kids that they are part of something bigger,” Becky said.

During the emotional assembly on Friday, May 15, it was plain to see that the students at Meadow Elementary have learned to root for each other. The kindergartners walked into the gym on a red paper carpet to enthusiastic cheering as they made their way to the stage. Each kindergarten student was announced by Principal Carolyn Johnson or Kerry Hundley before they reached into the sorting box and pulled out a colored button representing their new house. Kindergartner Gus Brems was hoping to get into Erubesco House because their color is red and that’s his favorite color. His second choice was Probitas House because their mascot is a fox, his favorite animal. Gus picked a purple button from the sorting box—Probitas House—and he was escorted to his new house while they did their signature cheer.

Before awarding the House Cup, Principal Johnson mentioned that she’s noticed students from different grades interacting in the halls because they are members of the same house. Test scores are up from last year and students have been taking on more responsibility and initiative than before. After congratulating all the houses on the points they earned throughout the year, the lights were dimmed and the colorful crowd of students hushed as Principal Johnson announced the winner of the House Cup… Amacus House! Disco lights came on, bubbles were suddenly in the air and the students in orange T-shirts were on their feet cheering and hugging. The huge trophy will be on display all year to remind the students at Meadow Elementary that they are part of something special.