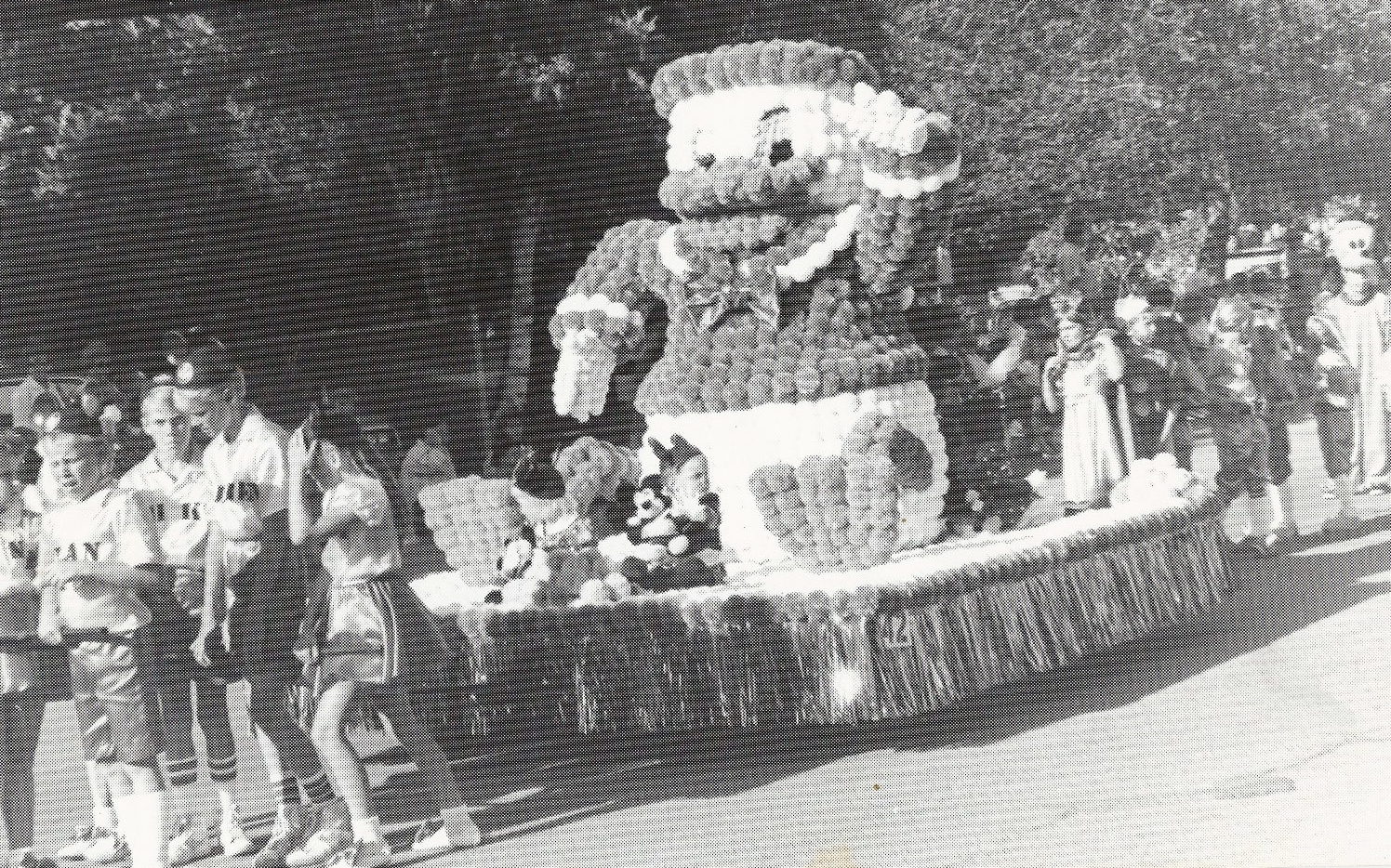 Anyone who has lived in Lehi for over 50 years would have been on a ward float committee. The creative endeavor became the blessing for some or the bane for others. Each ward in town was to create a float for the annual Lehi Round-Up Parade. The efforts were always a collaboration of skilled carpenters, creative men and women, and sweat and tears for the rest of the ward.

In the early 60’s many of the floats were made of crepe paper that was patiently curled with a knife and a knee. The process was ingenious. The curled strips were then glued laboriously on to a crafted base. The effect was magical. Pirate ships, soda shops, hot air balloons, animals of all kinds were created using this technique. Anxiety was high if dark clouds loomed the day of the parade. The builders would follow the floats with big sheets of plastic to protect the days and nights of hard work from being ruined by a rain storm.

Next came the era of pom poms. Plastic was cut into 4-5 inch strips secured in the middle and then fluffed. This was also a labor intensive endeavor but the result was spectacular! Much detail could be added to floats with this technique. The floats often had moving parts and music.

There was a group of Lehi citizens who became the gurus of float building: Barbara Powell, Peggy Lewis, Susan Peterson, Kelly Jo Wilson Jones, Lois Davis, and Naomi Gray. Their expertise was often sought after to help novices in this new and exciting labor of love. Workshops are now conducted to help teach miniature float building.

As Lehi has grown, techniques for building miniature floats have become as varied and unique as the folks who build them. There are numerous new ideas and creativity shown in the floats that are on display in recent parades.  For a newcomer to miniature float building, the task seems daunting, but the results always show the creativity and ingenuity of the builders.

The miniature floats were and are a way to showcase children. The sometimes reluctant youngsters would be dressed as turtles, ninjas, cowboys, princesses and princes, astronauts, rock stars, dolphins, and owls ranging in age from 2-12. The older children would be coerced or bribed to pull the floats in equally unusual costumes. Many parents have, by necessity, accompanied their children down the parade route urging smiles and waves, with treats, and threats.

The miniature parade is a tradition long beloved by the citizens of Lehi. It is hoped that it is continued for years to come and the same camaraderie and connectedness occurs when we see those happy faces of both participant and spectator along the parade route.

Keeping Up with Growth: A Challenge for School Districts