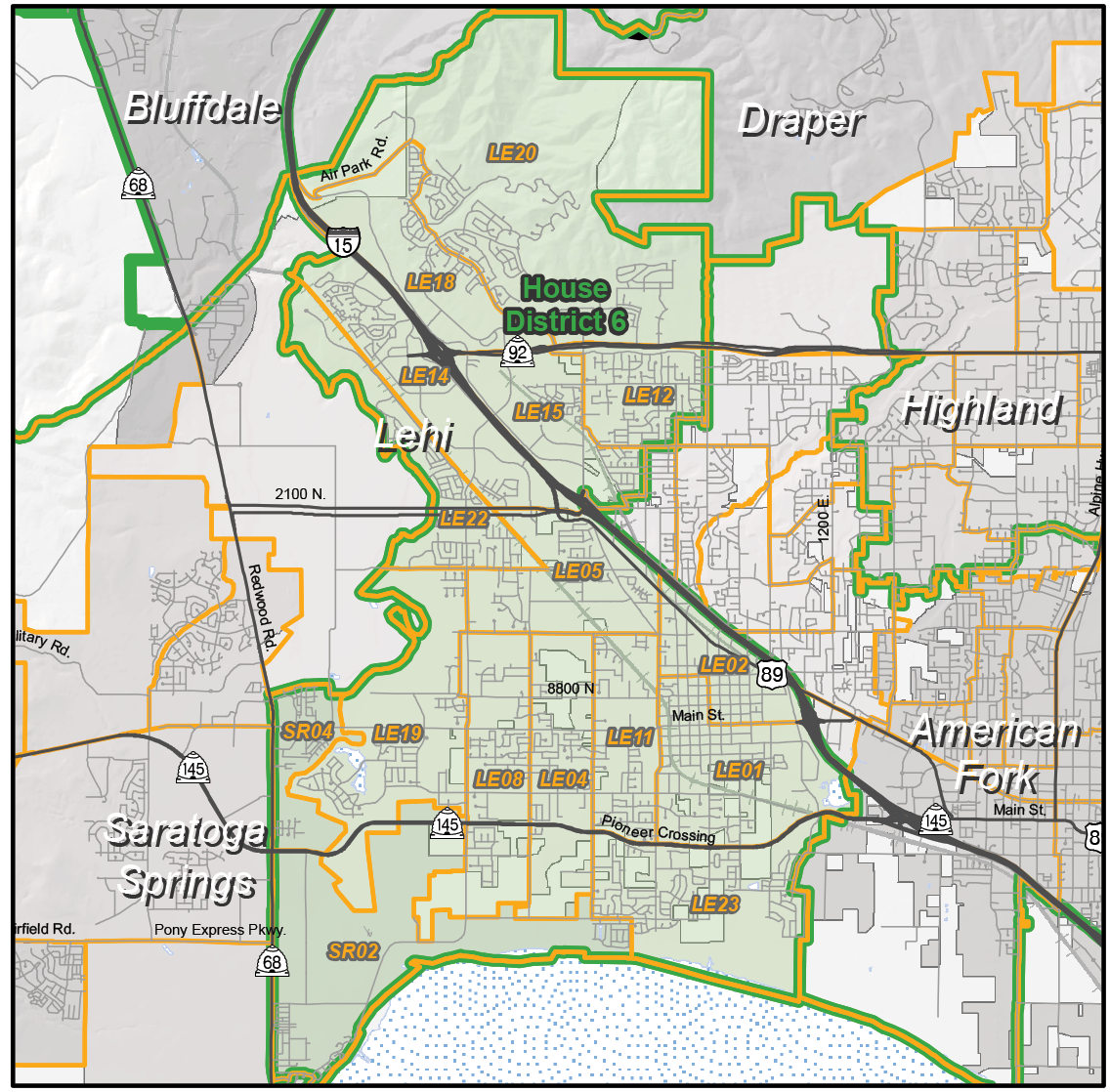 Voters in Utah House District 6, which encompasses much of Lehi, will be electing a new representative in November. The current representative, Jake Anderegg, received the Republican nomination for open Senate seat in District 13 at the GOP convention in April, leaving the seat open.

Three candidates filed to run for the seat. Two candidates went through the convention process, where one, John Morris, withdrew and endorsed the other candidate, Cory Maloy. The third candidate, Mike Brenny, utilized the new signature collection route created by state lawmakers to enter the race.

Maloy and Brenny will face off in the primary election on June 28.

A Utah transplant, Mike Brenny was born and raised in Minnesota. He attended college in the twin cities area, earning a degree in Entrepreneurship. Following graduation, he moved to Hawaii to work as a financial analyst in the travel industry. Here he also met his wife.

Before long, work took him to Silicon Valley, and from there to Utah, where he has lived in Lehi since 2005. He owns a real estate brokerage and a real estate investment firm.

While he has long followed politics and been attentive to the process, this is Brenny’s first foray into the arena. He is a registered Republican, but chose to use the signature collection route to get on the ballot. He decided to run, at the encouragement of some neighbors, about four weeks before the party convention.

“I felt that as a political outsider, going through the convention process would be too difficult,” he said. “I wouldn’t have enough time to learn the system.” He said he has found people very supportive of his choice to use the signature route to the ballot.

Brenny cited transportation and education as key issues that will receive his focus if he is elected to the legislature. “It’s really important that we get funding in place” for the extensive transportation needs Utah has as its population grows rapidly, he said.

He also feels strongly about ensuring sufficient education funding. On the matter of school funding, he expressed support for the current legal structure which allows for bonding, while prohibiting impact fees. “If we were to change that, I think it should go before the people for a vote. The problem with impact fees is it’s passed on to consumers.” He feels strongly that the people should be able to make a decision of that nature.

Brenny is supportive of Utah’s efforts to get control of its land from the Federal government, saying that he feels the lawsuit is the right way to deal with the situation.

“I think personal liberty and the free market are pretty well protected,” he said.

As a candidate, he points out, he is not a politician, which is important for many, “with politics being so polarized.” His background in real estate has helped him develop skills in problem solving and the ability to get things done, he said.

Brenny and his wife are the parents of four daughters. More information can be found at http://www.votebrenny.com.

Born and raised in Phoenix and Missouri, Cory Maloy attended Ricks College after graduating from high school. He served an LDS mission in Achorage, Alaska, finished an associate’s degree at Ricks, and then moved to Brigham Young University, completing a degree in Public Relations and settling for good in Utah.

He has lived in Lehi for nine years, and currently works as Public Relations Executive Vice-President of SnappConner PR. He has a son and a daughter, a step-daughter and two step-grandkids.

Maloy has been a registered Republican since he was 18 years old, proudly telling how he got to vote for Ronald Reagan in his first election. In 2010, he decided to check out the caucus system by attending a neighborhood caucus meeting, and has been active in the Utah Republican Party since.

“I could see the caucus was a true grassroots movement,” he said. His neighbors elected him to serve as a state delegate. He has also served as a precinct chair and legislative district chair, and on the steering committee of the Utah County Republican Party. “I believe in the caucus/convention system and have worked hard to protect it,” he said, explaining that it was only natural that he chose to go that route to get his name on the ballot.

He said his main priorities as a state legislator would fall under the umbrella of state growth. “The pain and prosperity that we experience here in Lehi are going to spread throughout the state,” Maloy said, indicating that water, roads and transportation, and public lands will require particular attention in managing state growth.

In addition to managing state growth, he identifies “limiting federal overreach” and “protecting the family and moral fiber of our community” as priorities. He anticipates that issues of a moral nature will continue to come up in the state legislature.

“We need to push back the Federal government based on what the Constitution allows,” he said, explaining the importance of protecting state sovereignty.

He cites his experience as a leader in the party as one of the strengths he brings to the race. “I know how to bring people together for a united effort. I have many relationships in the legislature,” he said, expressing a readiness to hit the ground running.

More information can be found at http://www.corymaloy.com.