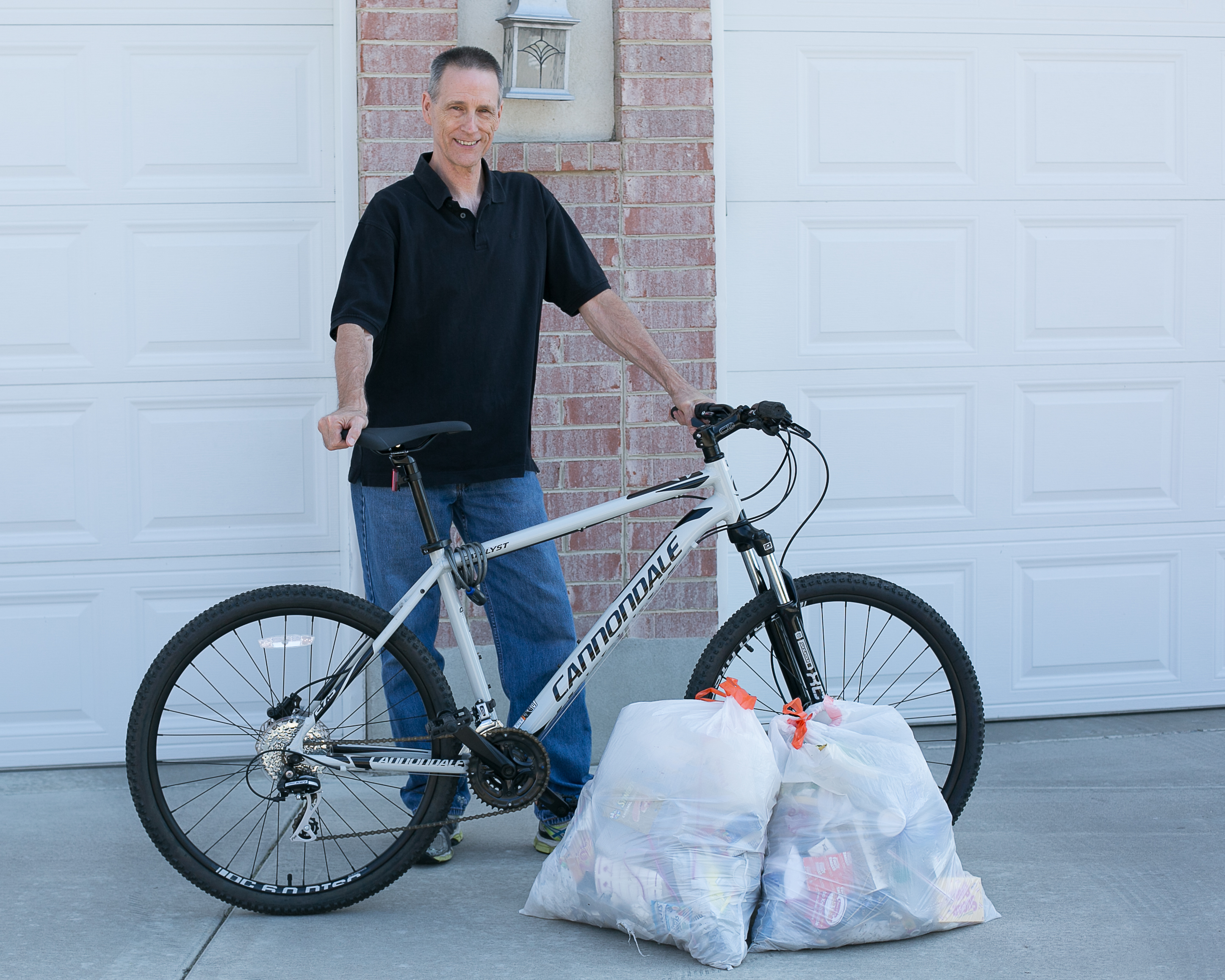 Lehi’s Amiel Loiseau is one of those guys who is always looking for a chance to serve. Just this summer he built a fence for a neighbor and helped many other neighbors with repair projects in their homes. He is happy to help anyone with genealogy and has done family history work for homeless veterans who died alone. He is quick to share the produce from his garden or to volunteer for any assignment. Service is something that he enjoys and as he says, “It’s just who I am.”

One of Loiseau’s daughters, Rachelle Christensen, wrote a tribute to her dad on her Facebook page: “The man cannot pass up an opportunity to help when he sees one. Many years ago we were headed out to swim at the pool one evening when we passed a neighbor’s house whose garbage can had been tipped over and trash scattered. He slammed on the brakes and immediately pulled over to collect the trash and return the garbage can to the house. I rolled my eyes and whined, “Why did you have to pick today for a good deed?” He told me EVERY day is a good day to do a good deed. I’ve never forgotten that. He has taught me by his example my whole life and I’m so proud he’s my dad!”

For about four years Loiseau has been heading up American Fork Canyon almost every Saturday to enjoy the beauty of the outdoors and to pick up trash. He said that the first year was the hardest because there was so much trash along the roadway. It took him a year to clean the road to the river in quarter-mile increments and that he would sometimes collect four bags of trash. At first he just worked on his own, but once the park rangers began to recognize him they helped take his trash bags and encouraged him to register as an official volunteer. Now he cleans the two-and-a-half miles from the entrance to the Timpanogos Cave parking lot and back and gathers 2-3 bags of trash. He quips that “goo packets” are the bane of his existence and is surprised by the popularity of Keystone beer.

Loiseau was recently honored by KSL Television as part of their “High 5” feature after his daughter Nikki nominated him for the award. One Saturday, Loiseau rode his bike up the canyon and leaned his bike up against a tree while he was picking up trash on a trail. When he returned to mile marker 11, his bike was gone. He walked about a mile to the Timpanogos Cave visitor center and called his wife to come pick him up. When asked about the incident, Loiseau just shrugs his shoulders and says, “They must have needed it more than I did.” KSL recently presented him with a new bike from Biker’s Edge in Kaysville and Loiseau is thrilled to have wheels again. No matter the weather he is once again enjoying his Saturday morning rides.

Lehi Elder Law: The Truth about Wills versus Living Trusts