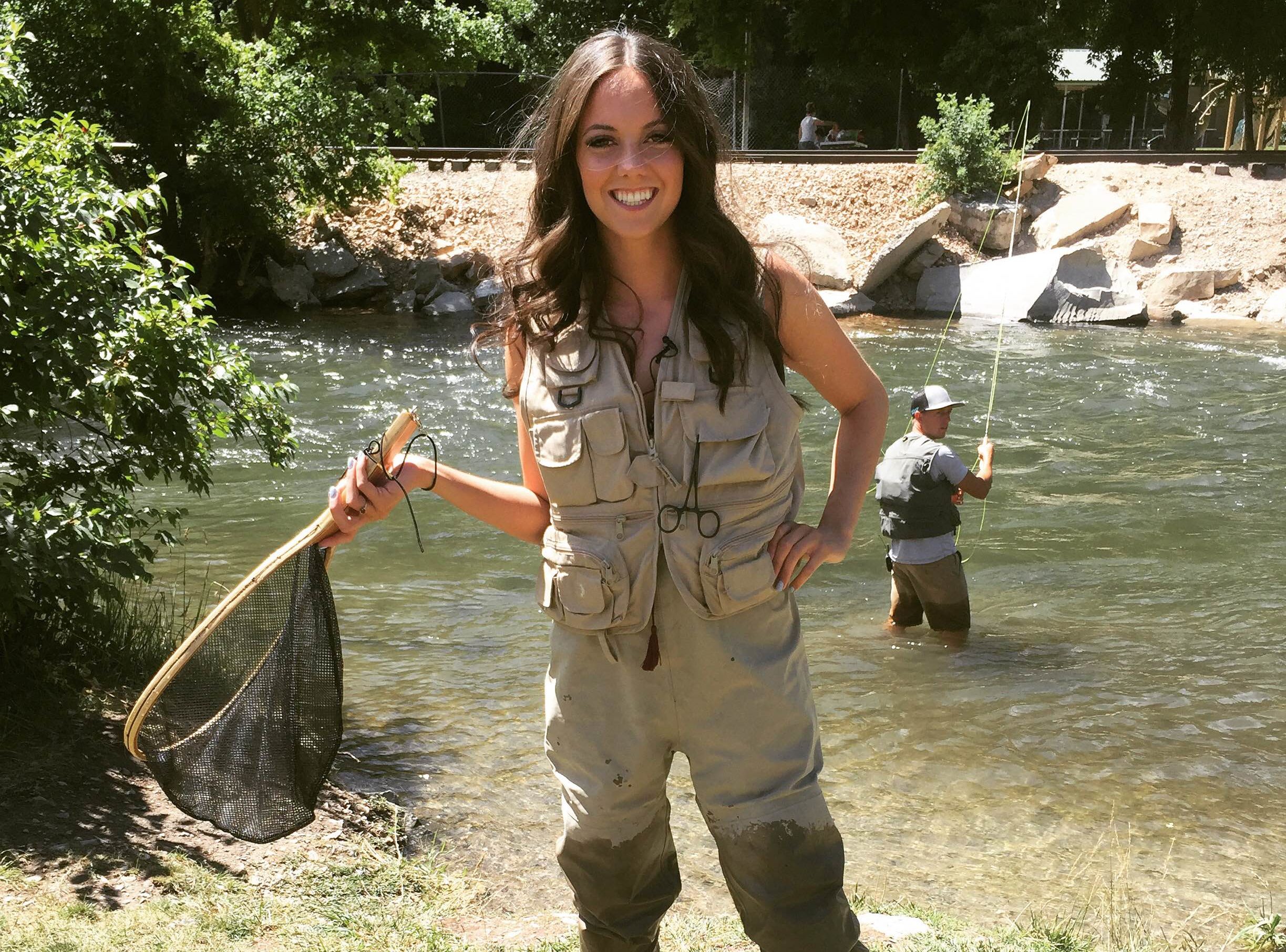 Dania Rice, a senior broadcast journalism student at BYU, landed a dream summer job. She was chosen from a large field of applicants to host Comcast Entertainment Television’s original show “Out West: Experience Utah.” The show focuses on outdoor adventures in each state Comcast cable systems are located. The show originated in Colorado and this summer they filmed throughout Utah with Rice hosting and experiencing fun adventurous activities. The show will begin airing on September 13 on Comcast channel 6 and On Demand.

Beginning in May, Rice traveled to locations in Utah where she participated in high adventure activities such as scuba diving at the Homestead Crater in Midway, fly diving at Jordanelle State Park, paragliding, surfing on a Flow Rider and indoor skydiving. She also visited local attractions like Boondocks, the Loveland Aquarium, and Hogle Zoo while highlighting local eating establishments. More nature-based activities like visiting Antelope Island and camping at Fremont Indian State Park were also on the slate.

Rice said of the experience, “My first day on the job was crazy. They had me flying an airplane over Ogden canyon and then paragliding in Draper. Honestly it was a little weird wearing swimsuits on camera. I never imagined actually having to do that.” On a more serious note, Rice said, “It was exciting to have this opportunity during the summer before I graduate, because it gave me exposure to different forms of reporting. I thought I would only be a hard news reporter, but lifestyle reporting is so fun!”

Rice is the daughter of Dan (“Coach”) and DiAnna Rice of Lehi and is a graduate of Lehi High School. She served as Miss Lehi in 2013. Rice has been asked to host season two of “Out West: Experience Utah” and will begin filming next month. “My favorite part of hosting Out West is connecting with people from all across the state and discovering new and exciting activities Utah has to offer,” Rice said.