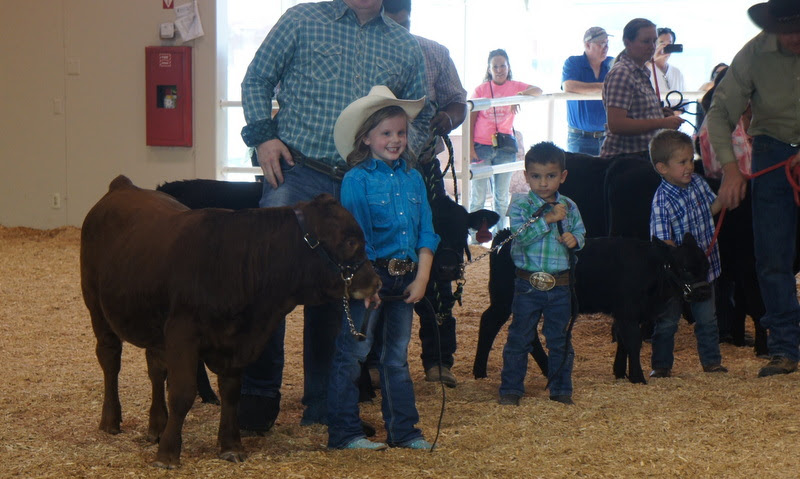 When Weston Berry came home from serving a mission for the Church of Jesus Christ of Latter-day Saints, he wanted to raise cattle. He had seen a unique breed of cattle while serving his mission in California. With encouragement from his dad and mom, Woody and Laurie Jo Berry, he investigated the possibility starting a ranch for Dexter cattle.

The Dexter breed is small in size, perfectly suited to small farms and acreage. This breed also produces tender meat but is also known for its milk production. One heifer can produce up to 2 gallons of milk per day. The breed is becoming very popular. According to the younger Berry, “I can’t keep up with the demand for my calves.”

Weston has found great success in this endeavor, having just won the Reserve Grand Champion Dexter Bull division at a competition help in conjunction with the Utah State Fair. His son Wryder and niece and nephew Brigg and Sadie Wilson, show the cattle during state competitions. Brigg and Sadie Wilson are the children of Drew and Teisha Wilson and grandchildren of Mayor Bert and Tanya Wilson.

Berry is currently the president of the Rocky Mountain Dexter Breeders Association and is planning on conducting a workshop for raising Dexter cattle next spring. More about his business can be found on his website, http://www.bwdexters.com.