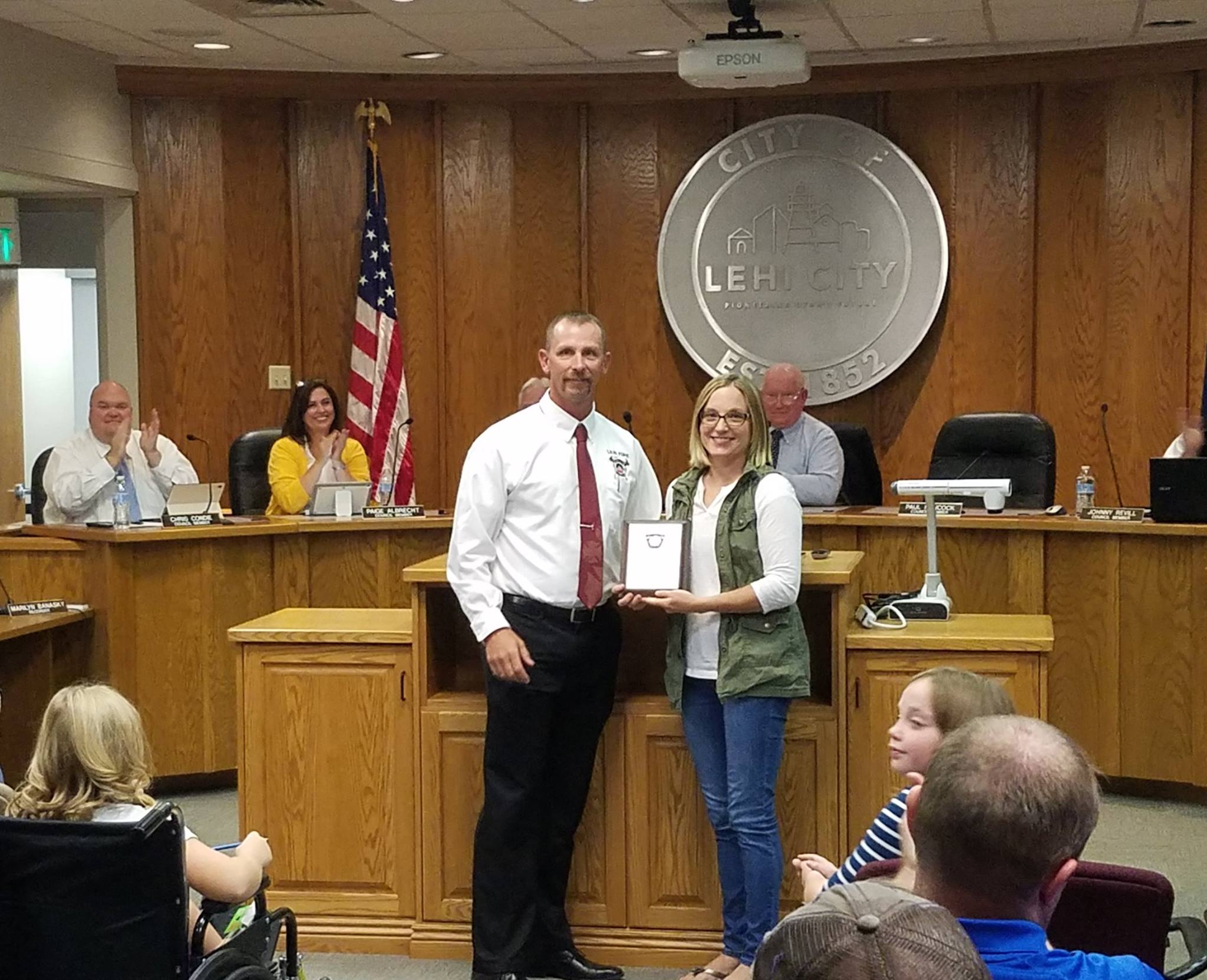 During the Lehi City Council meeting on Tuesday, September 27, Lehi Fire Department Chief Jeremy Craft presented Julie Donaldson with the Citizen Life Saver Award. Donaldson was at a local splash pad with her children when a nearby child went unconscious. Donaldson was trained in CPR and gave the child rescue breaths prior to EMS arrival. As EMS/Fire units arrived, the child had resumed normal function and began breathing.

At the meeting Donaldson was credited with saving the child’s life. Chief Craft presented her with a plaque and she was thanked by all in attendance with a heartfelt round of applause.