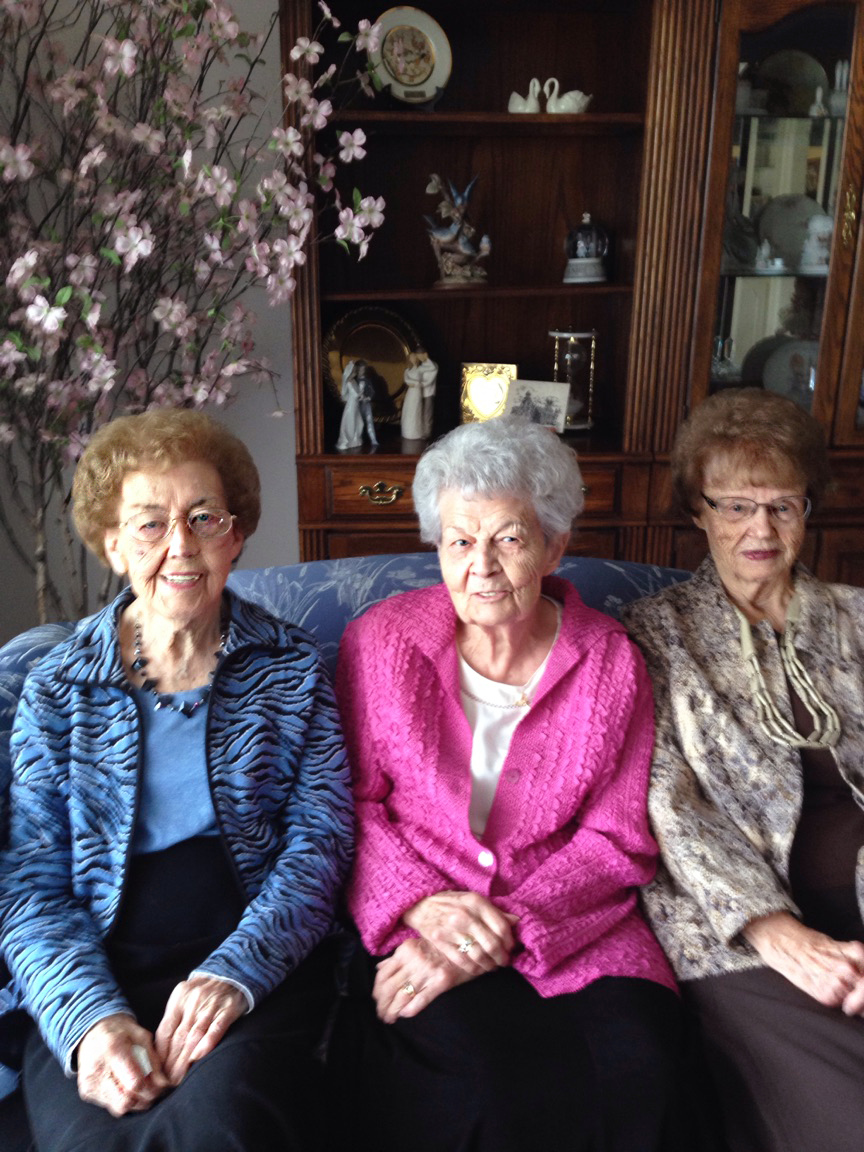 Lavee Kearney Barnhart, Josephine Chatfield and Lornell Bateman are three of the charter members of a unique club. Formed during World War II, the Olympian Club has now been together 72 years. All are well into their nineties and, despite their age, maintain an active lifestyle. They remain great friends and often reminisce about the conditions in the world when the club was first started.

In 1944, Arlene Allred Keate realized that many women her age were going through a similar trial – having husbands serving in the armed services during WWII. She decided it would be a positive thing to meet once a month to help support and buoy each other during this difficult time. Many of the wives had moved in with parents or other family members while their husbands were away, bringing them closer together.

With the objective of supporting one another in mind the club was organized. At first it was called the Junior Athenian Club, though it was later changed to the Olympian Club. The organization was federated and certified the same year it was founded, and now it celebrates 72 years since its first meeting.

At every meeting the “Club Collect” is read:

‘Keep us, O Lord, from pettiness; let us be large in thought, word, and deed.
Let us be done with fault finding and leave off self-seeking.
May we put aside all pretense and meet each other face to face, without self-pity and without prejudice.
May we never be hasty in judgement and always be generous.
Teach us to put into actions our better impulse straight forward and unafraid.
Let us take time for all things.
Make us grow calm, serene, and gentle, Grant that we may realize that it is the little
Things that create differences; that in the big things of life we are as one.
May we strive to touch and know the great common woman’s heart of us all.
And, O Lord, let us not forget to be kind.’

Jo Chatfield remembers making receiving blankets as a service project for the Lehi Hospital with the club. When her own child was born, she watched as her newborn daughter was wrapped in one of the donated blankets. At the time, this was the beginning of the “baby boomer” days as the soldiers returned from battle after the war was over. In an excerpt from the minutes of a meeting held in January of 1952, historian Vivian Evans wrote, “The 28 members have added 43 babies to the local population during the six years since the club’s federation.”

LaVee Barnhart remembers the Olympian Club helping put the sprinkling system in the Lehi Cemetery. The club also held a luncheon each year for all senior girls just prior to the girl’s graduation. This was always a favorite event for the girls and the club members.

Today there are fifteen members of the club. They meet once a month and enjoy book reviews, special speakers, and other special programs chosen by the hostesses. They also continue to provide service where they find a need.