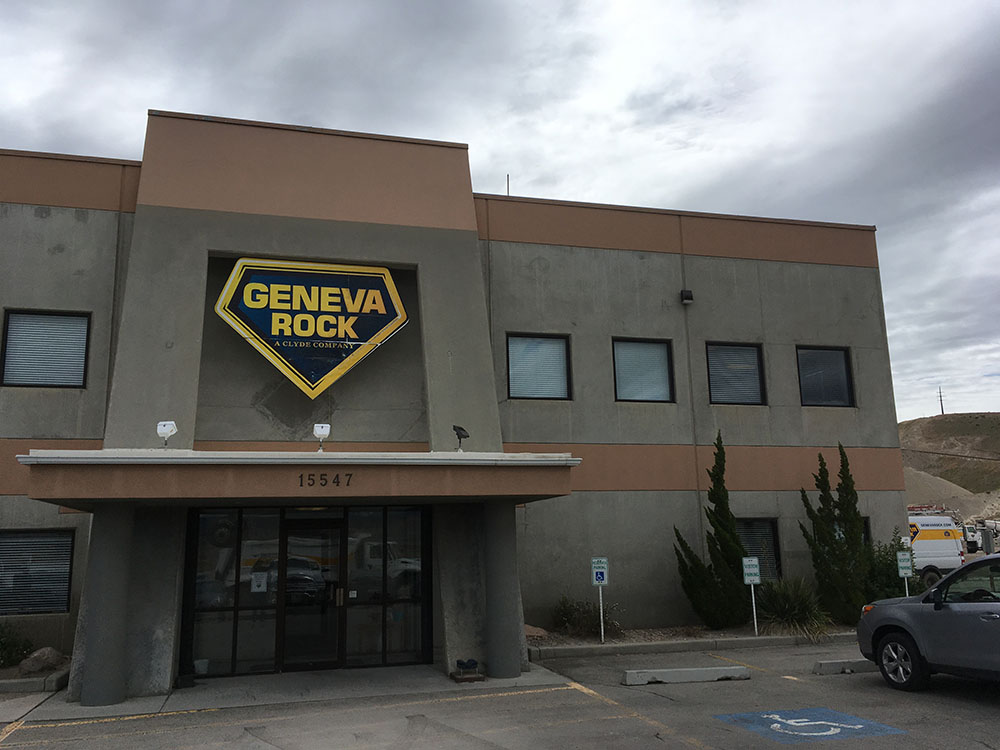 A proposed mining operation in Traverse Mountain is drawing strong opposition from residents who are concerned about health implications, noise, and potential road congestion. The Lehi City Planning Commission will hold a public hearing on the proposed mine and the associated zone change request tonight at 7:00 p.m.

The area being proposed for mining – which is in the northwest section of the Traverse Mountain development – is currently zoned for residential development. The developer, TMTH, is seeking a zone change so the land can be mined by Geneva Rock before proceeding with the original plan for residential construction. Under the proposal, Geneva Rock would be permitted to move mined earth out for up to three and a half years using a conveyor belt and a non-residential road.

Major concerns for residents involve potential health risks. Dust generated by such an operation can aggravate symptoms in those with asthma and may also pose a long list of other health hazards including increased incidence of bronchitis and ear infections, along with higher likelihood of several chronic illnesses.

However, the risks for children may be even higher than in the adult population, said Dr. Elias Faraclas, an engineer and resident. “Children risk permanent decrease of lung capacity from being exposed to the dust,” he said.

Utah Physicians for a Healthy Environment (UPHE) agrees. The organization has publicly condemned the proposed mining operation, citing dangers from particulate matter in the air and from diesel exhaust. “Wind greater than 10 mph is enough to pick up dust from disturbed, raw land surfaces, like gravel pits…” UPHE stated in a public letter. “Proximity to existing and future residents of (the area) make the proposed site an unacceptable health hazard,” the letter also stated.

Winds regularly exceed ten miles per hour in the area, and Faraclas pointed out that there is an elementary school just half a mile downwind from the proposed mining site, in addition to the many homes in the immediate area.

Faraclas, whose wife, Dr. Erin Faraclas, serves on the HOA Board, also expressed frustration that a departure from the area plan is being considered when it was revamped just five years ago. “We’re not against the developer developing as planned,” he emphasized repeatedly. “We just don’t want it turned into a mining operation.”

After the Lehi City Planning Commission in April rejected the developer’s original proposal for mining the area, the developer returned in June with a new plan created after several meetings with Traverse Mountain HOA officers. The revised plan included an earthen berm with pine trees to mitigate noise and dust, along with several concessions. The offered concessions were land for a school, a church, and a trailhead for mountain biking.

In addition, TMTH offered to shift density from the currently planned area to a parcel of land further down the mountain, immediately adjacent to HR-92.

At its June meeting, the Commission instructed the developer to conduct a dust mitigation study and an environmental study before returning with their proposal. However, as the issue comes before the Planning Commission again tonight, neither study has been conducted.

Lehi City Council member Paul Hancock has been working with the developer and residents in an effort to satisfy both groups, including bringing in the offers for the school, church and trailhead.

“The question at hand here is how to prepare the pad for residential development,” he said, explaining that the area plan directs that the area undergo grading via basic “cut & fill” to get the site ready for residential use, but that under the developer’s proposal “instead of cut and fill the site would be prepared via ‘mining’ because the dirt would be exported from the property.”

“There can be an argument made that the mining shouldn’t be allowed and it should be maintained as cut and fill, but I just wanted to make clear that this is not a choice between mining versus residential,” said Hancock.

Faraclas sees big differences between cut and fill grading and exaction via mining. With basic cut and fill, the motivation is to move as little dirt as possible to minimize costs. With mining, the motivation is to move as much dirt as possible to maximize costs. Faraclas said far less dirt will be moved under the original area plan, minimizing exposure to dust and its health risks.

“Under the developer’s proposal, it’s no longer volume-limited; it’s time-limited.” So residents would be exposed to the dust from as much as can possibly be moved over the course of three and a half years.

As for the concessions, they don’t offer much attraction to Faraclas.

“The reason for transferring the density is to alleviate congestion,” Faraclas explained. “At the same time they’re saying, ‘we’re going to build an elementary school.’ But the elementary school we have is already the busiest area in the community.” A school at the proposed site would bring families further up the mountain, increasing congestion.

Faraclas said he and a few other residents met with officials from the Alpine School District, who indicated that while the site is suitable, it would not be possible to build a school on the proposed site for at least the next two bonding cycles, which would mean 2025 at the earliest.

He described the proposal for a donated school site and the transfer of density as “red herrings,” emphasizing that even if those features worked out, the health concerns of a multi-year excavation of earth remain.

Rob Ludlow, a long-time resident who initially opposed the proposed change, said he’s pleased with the developer’s efforts to create value for the community. If the site donated for a school isn’t developed within seven years, the city can buy it for $1 and it will become a park. His understanding is that the school district would be happy to build on the site if everything comes together in terms of required infrastructure and bonding needed.

Ludlow also appreciates the proposed trailhead, which will allow residents to access 600 acres worth of trails owned by Lehi and hopefully will help in the effort to connect such trails to Draper. He sees additional value in moving the proposed 80 units of four-story condos down the mountain, which will ease traffic flow higher on the mountain.

“We can take an additional few months more of dust and wind up with [facilities] which really meet unmet needs of the community,” said Ludlow. “And on top of that the developer and Geneva are willing to exceed state air quality standards.”

Traverse Mountain residents and the developer will be in attendance at tonight’s Planning Commission meeting at 7:00 in the Lehi City Council Chambers at 153 N 100 E. The meeting will include time for public comment.