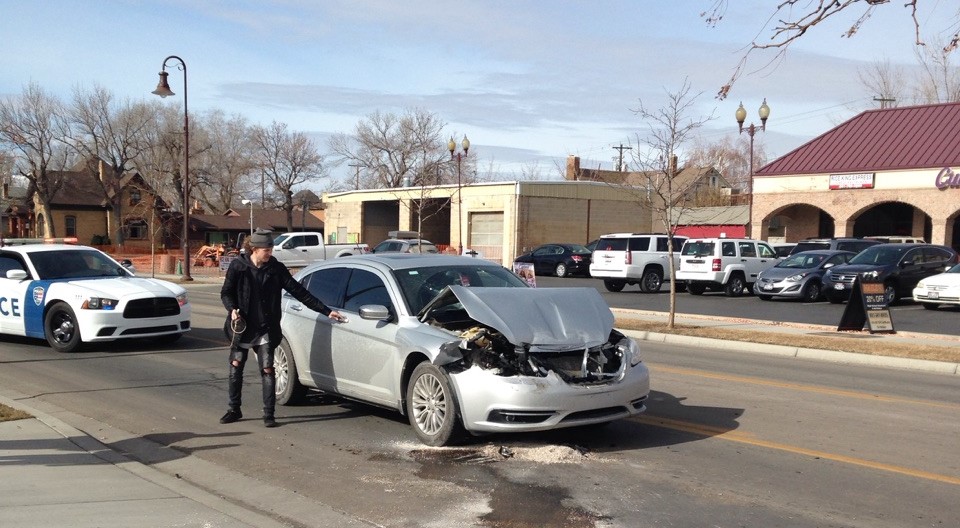 “It’s important to look at the percentages and look at the trends,” said Allred.  “When we see what appears to be an increase in accidents, we need to look at the traffic counts. The amount of traffic on Main Street has gone up dramatically in the last few years; we’re back to the numbers we saw prior to Pioneer Crossing,” Allred added.

With the growth in population in Lehi and the neighboring cities of Saratoga Springs and Eagle Mountain, we have seen a dramatic increase in volume of traffic through Lehi. “Prior to Pioneer Crossing and 2100 North, we were counting 26,000 vehicles a day on Main Street, then those numbers on Main Street dropped as we added those other streets. Now it’s climbing back up. Pioneer Crossing is carrying more than 40,000 vehicles per day,” Allred said.

With Pioneer Crossing getting congested, people are going back to Main Street, which now accommodates 19,000-21,000 cars a day. Allred said that with increased traffic comes increased frustration, which forces some people to drive slower, but it also brings chaos. Those who are not used to the increased traffic and are not slowing down are sometimes making unsafe left turns and are often causing collisions.

When asked what can be done about the many accidents on Lehi’s congested roadways, Allred said, “The biggest thing we hear about is distracted drivers. Distracted driving is caused by a lot of things. It can literally be kids, your phone, eating, inattention. Be aware of your surroundings and just slow down.”

All the population must share in the blame for Lehi’s traffic woes.  “We are all part of the problem, and we are all coexisting here in the community,” said Allred.