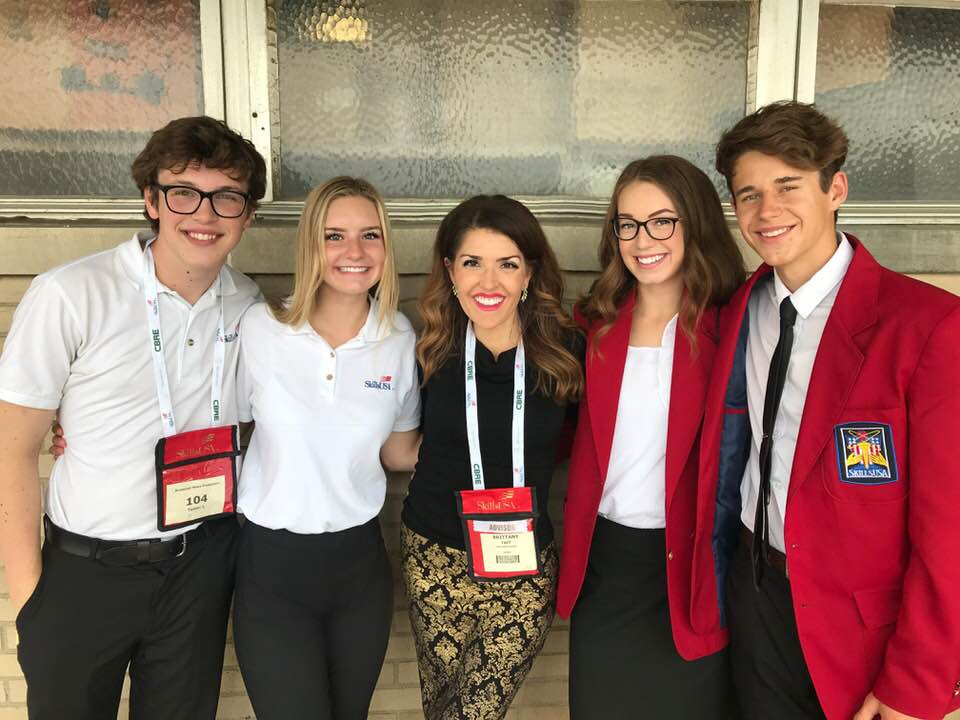 “When the students finished their newscast at State, the industry professionals judging the competition started clapping and gave them a standing ovation,” said Tait. “It is thrilling to see high schoolers given a stage to learn about journalism while planting seeds of interest and getting a jumpstart on launching potential careers.”

After winning the state competition, each of the subject area state champions were invited to the 54th annual National Leadership and Skills Conference (NLSC) June 25 through 29. More than 16,000 students, teachers and business partners participated in the weeklong event in Louisville, Kentucky. Close to 250 high school and college students, including 12 students from Lehi High School, represented Utah at the national competition in their respected fields.

“I am so proud of this team,” said Tait. “While most high school students were at the pool or hanging with friends, these students spent the first part of their summer following current events and rewriting AP stories. They also practiced perfecting their directing and storytelling abilities. When we arrived at Nationals, the team discovered there had been a last-minute change to use a different News Production Switcher. This was a major change, and the students – especially Tommy – handled the pressure like true champions.”

The competition for Broadcast News Production is very intense and authentic to what you would experience in a functioning newsroom. The team receives 20 stories from the Associated Press. They have 90 minutes to stack, produce and then write a three-minute newscast. They are judged on whether they know the news value and include a variety of world, national, local, and sports stories. Teams are evaluated on their broadcast writing ability, voice quality, direction, timing and pacing and performance techniques. After the 90-minute pre-production, the teams run their live shows for judges. Every second they are below or over the three-minute mark, they receive deductions. The anchors deliver the newscast, while taking cues from the floor director. The technical director calls the show from a booth and cues video while taking camera shots.

The Lehi Broadcast News Production Team finished seventh at nationals. They received 100% on “Following Detection/Rundown” as well as “Eye Contact with the Camera/Holding Audience’s Attention”.

“It felt so amazing to win state and have all of our hard work finally pay off,” said Gracie Lundwall. “That moment just felt so good. We had a great experience competing at nationals and it was cool to be able to represent Utah. Being there with my advisors and teammates made it so fun.”

“Competing at nationals was such an exciting opportunity,” said Ellie Hart. “I loved every moment. From cutting a line last minute, to fixing headsets, to performing together as a team, it made me realize that every second was worth it, no matter what place we ended up. I will never forget the feeling that my teammates and I shared after leaving the competition, knowing that we gave it our all and did the best we could do. It was truly a unifying experience to be able to represent Utah on a national stage.”

There are over 80 different competitions ranging from Barbering, Crime Scene Investigation to Marketing offered through SkillsUSA competition. SkillsUSA is a national organization that partners students, teachers and industry representatives working together to ensure America has a skilled workforce. SkillsUSA serves teachers, high school and college students who are preparing for careers in technical, skilled and service occupations.