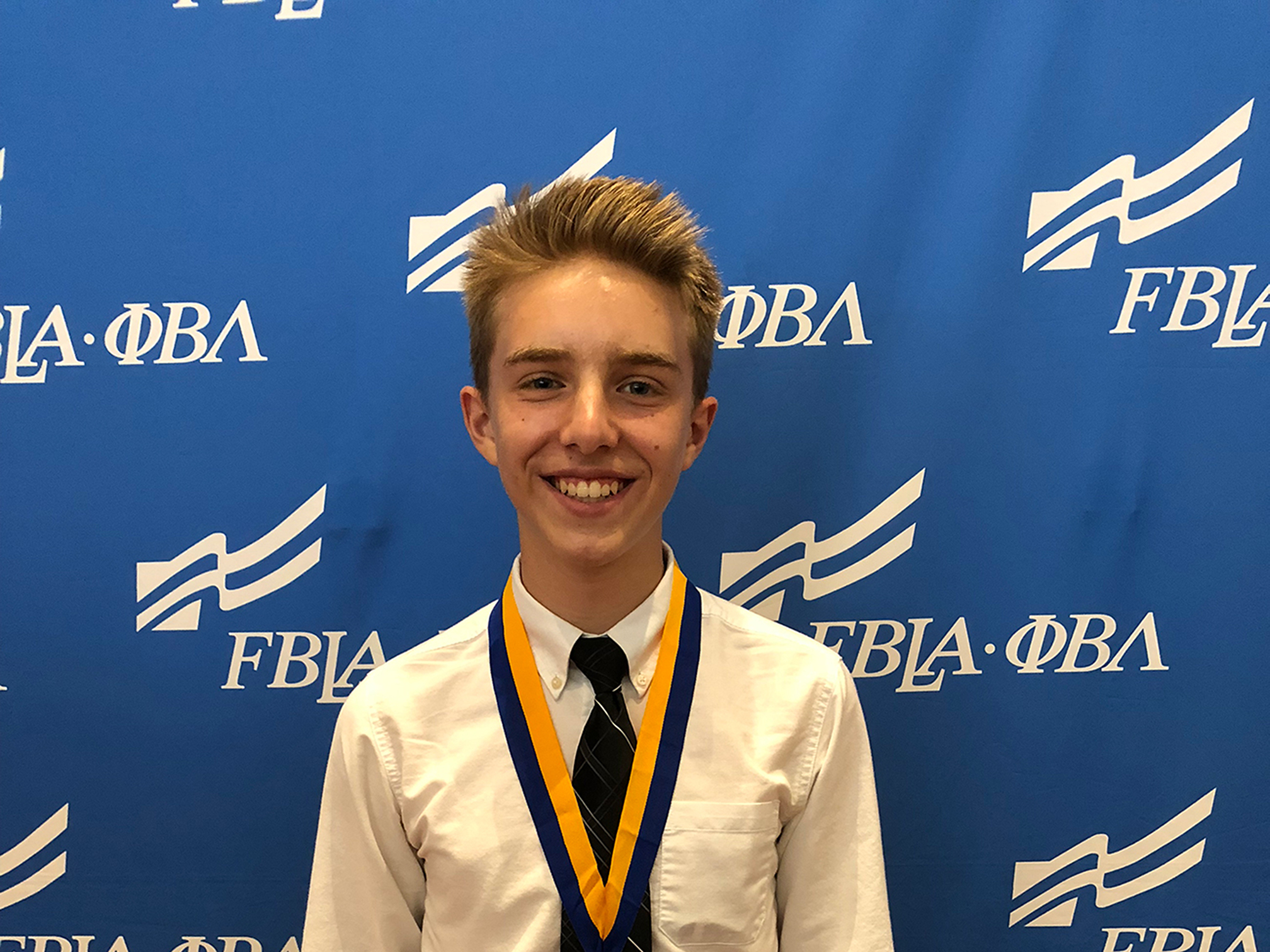 On Friday, July 1, David Jorgensen was awarded first place in the Business Math and Financial Literacy competition at the Future Business Leaders of America (FBLA) National Competition. Jorgensen, a student at Willowcreek Middle School, qualified for the competition by finishing first in Utah’s FBLA State competition held earlier this year.

Jorgensen, like many students, joined FBLA to gain experience, network, and compete against other students in business-related tests and projects. The experiences and lessons students learn by attending a national conference are priceless. Over 12,000 students attended and competed in this year’s FBLA National Conference held in Baltimore, Maryland, from June 28 – July 2.

Months of preparation led up to Jorgensen’s event and when his name was called declaring him the winner he said, “Hearing my name called was a surprise to me. The nervousness you feel at the awards ceremony is very intense. When I finally heard my name called, I felt relieved that I had finished my FBLA journey successfully for that year.”

Jorgensen competed against other middle school and junior high aged students in his competition. Recently, FBLA introduced a middle-level division for students in 5-9 grades. Alpine School District has been very supportive in allowing schools and teachers opportunities to create local chapters for students to be involved.

In the middle-level division of FBLA, students are able to gain experience and confidence by competing in their own competitions before heading to high school. Willowcreek Middle School has had a successful chapter for six years and has had over 300 members participate during that time.  Having an extra-curricular activity revolved around business principles and building leadership skills gives students a jump-start and extra experience before even stepping foot in high school.

Jorgensen has big plans for his future. “I don’t know exactly which business I hope to run someday, but I do know that I want to make the world a better place by encouraging others to achieve their full potential. There is nothing better than trying as hard as you can and having it all pay off. I hope that I can help others feel the way I felt by continuing in FBLA and helping my fellow students,” he said. Jorgensen will be a sophomore at Lehi High School this fall.

Alpine School District administrators focus on every “one”