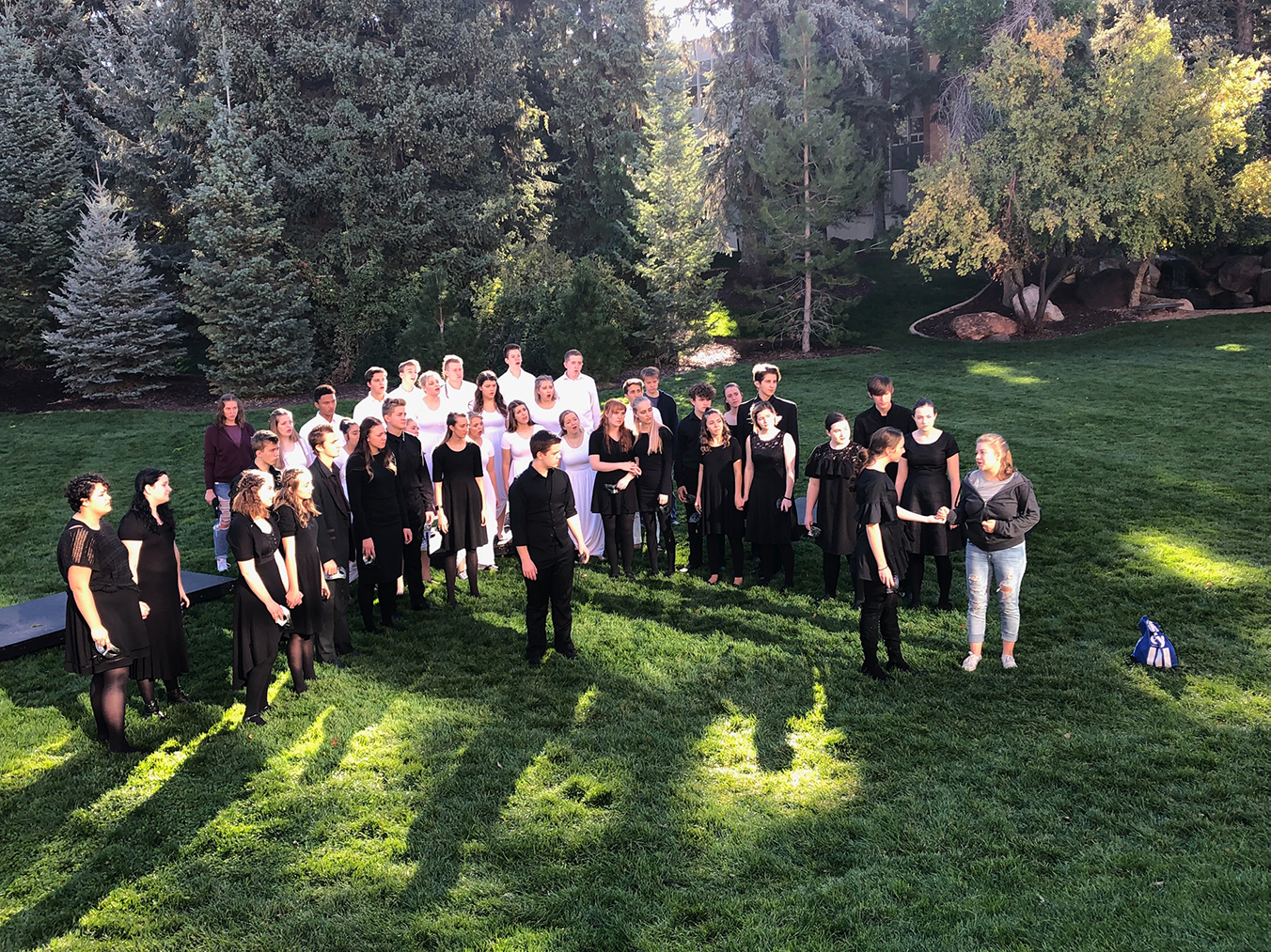 Over 70 high schools competed at the Utah High School Shakespeare Competition. These schools are split up into different divisions based on the number of students in their high school. Skyridge High School is in the largest high school population division, Buckingham, which consisted of 19 schools competing against each other. Lehi High School competes in a smaller school division, Oxford.

The Skyridge ensemble number is set to Hamlet’s “To Be or Not To Be” speech and it centers around a “modern” Hamlet, played by Abby Brown, who is suffering from depression and suicidal thoughts. Throughout the piece, Hamlet is at odds with what she feels and the thoughts in her head. In the end, love and hope help the central character through her dark journey.

“Hamlet is one of the most complex and contradictory characters in dramatic literature. Many experts have tried to explain the character over the last four centuries. The interpretation which best ﬁts the evidence is that Hamlet was suffering from an acute depressive illness. In Shakespeare’s time, there was no concept of such an illness, although melancholy was well known. Melancholy, however, would have been seen as a character defect – and too often in this modern world in which we live, despite our expanded understanding, we see mental illness as a defect. In the classic tragic model, the hero brings himself and others to ruin because of a character defect. In our ensemble scene we seek to show that the hero, whether or not they are in possession of the defect, can connect with the world around them. Our goal is to demonstrate that when love prevails, life prevails,” explained John Brown, Drama Department Director for Skyridge High School.