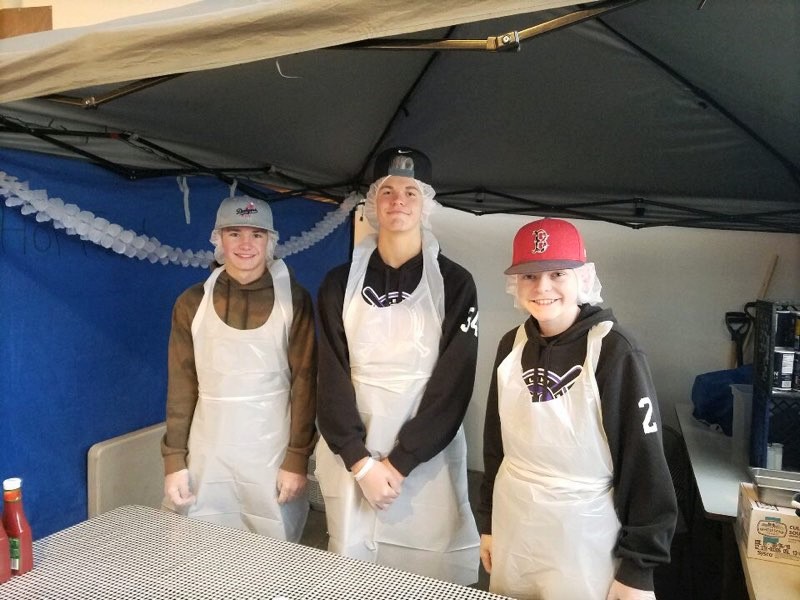 Members of the Lehi Baseball Team, a competition team made up of 13- and 14-year-old boys from Lehi and a few other North Utah County towns, recently made their semi-annual trip to the Fill the Pot Hope Center, a Calvary Baptist Outreach Ministry in Salt Lake City. The young men helped sort, organize, and distribute items for a clothing drive and also served breakfast to those in need.

“We’re trying to build these young men. We see our success as parents and coaches in the kind of people they are when they’re not playing baseball,” said Lehi Baseball Coach Morgan Bingham. Bingham and Steve Johnson have been coaching together for many years, first with their older sons and now with their younger boys. They started taking their players to serve the homeless very early in their coaching careers.

“There are so many lessons to be learned with being on a team, but we don’t want them to miss the bigger opportunities like serving, being great students and being the best they can be at whatever they choose to be involved in,” continued Bingham. “Baseball is the fun part – the reward.” Bingham and Johnson feel strongly about providing memorable experiences for their players.

On Sunday, December 7, the Lehi Baseball Team met before 7 a.m. and traveled to Fill the Pot Ministry where they were immediately put to work sorting clothes. Later the young men donned hair nets and aprons to help serve breakfast to people who had been standing in line in the cold. Some had even spent the entire night outside. “I know the boys didn’t like getting up so early, but they didn’t complain when they saw the people in line waiting for food,” recalled Bingham.

“It was a great experience and really eye-opening,” said Lehi Baseball’s Ty Evans, a 14-year-old who plays first and third base. “I think we really take for granted how fortunate we are to have clothes, a bed, and a roof over our heads. Doing service is fun, too.”

Lehi Baseball’s regular season is from January to July and includes 80 games. The team is made up of the same young men they started with eight years ago, so the young men have been playing baseball together for more than half their lives. Part of their bond and success has come from giving back and serving together, as well as playing together.