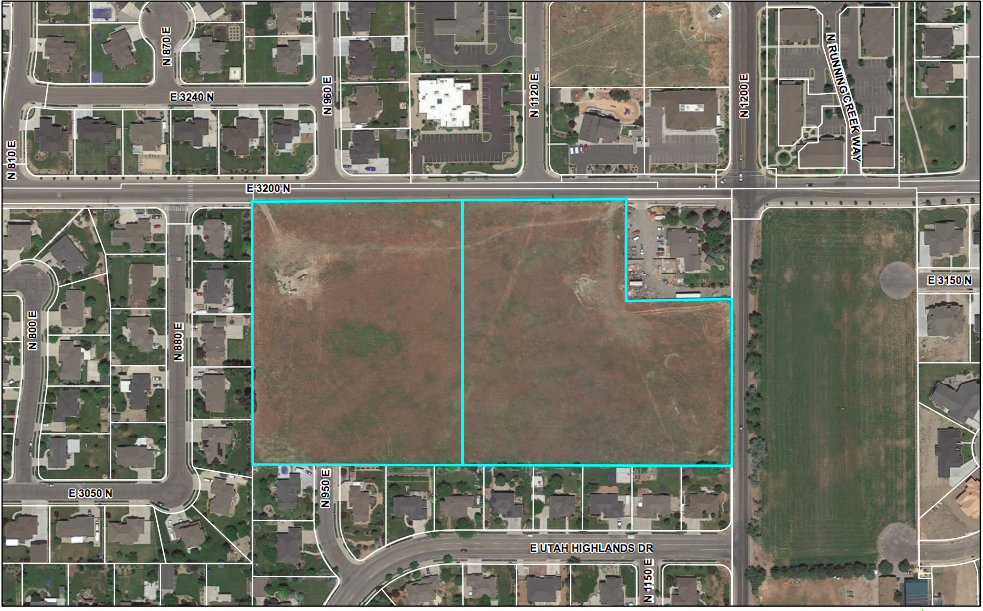 Early in the meeting, representatives from the Meadow Pointe, a neighborhood in Lehi, asked the Mayor and City Council to consider an ordinance to adopt the Meadow Pointe Community Reinvestment Project Area Plan. Andrew Bybee, representative for Stack Real Estate, explained the process of creating the area plan and reminded the Council that there had been disputes about the development agreement written in 2011. In 2015, Bybee said Lehi City and his group had agreed to disagree. Bybee said there are reasons why this should be pushed through this year.

Kevin Anderson, land-use attorney, spoke representing those with interest in the development. “Issues can be resolved if we were to meet,” Anderson said. “Passage of plan and budget tonight constitutes a breach of the original development agreement. You can anticipate litigation if we can’t get the issues worked out.” Mayor Mark Johnson agreed that, under the circumstances, the parties involved will meet before the end of 2018 and the item was tabled.

Dana Howell, of Osborne Robbins, an accounting firm, reported on Lehi City Comprehensive Annual Financial Review. “This has been a good year financially for Lehi,” Howell said. “Lehi City has received more in taxes and impact fees and nothing is over budget. There have been no problems with compliance. The only thing is the general budget fund is over the legal limit.” The City Council unanimously approved the audit.

The City Council unanimously approved of issuing a $21 million bond in Water Revenue Bonds, primarily for the construction of Dry Creek Reservoir.

Item number ten on the City Council’s agenda was the Concept Plan Approval of the Trinnaman Farms subdivision, a 35-lot residential development located at 1250 North Trinnaman Lane. The applicant, Property Dynamics, has appeared before the Planning Commission and City Council several times during 2018 and the hotly contested concept plan was finally reduced to the 35 lots the City Council approved. Scott Holbrook, owner of property adjacent to the subdivision had concerns with the alignment of the road and Council Members made suggestions, with Holbrook’s help, on an alternative. The concept for the Trinnaman Farms subdivision was unanimously approved.

The item which drew much response from citizens was the General Plan Amendment on .21-acres of property located at 24 West Main Street, land formerly occupied by Porter’s Place. The amendment was to change the land-use classification from Mixed Use to Historic Commerce and the additional request for a development code amendment changing the height of buildings in the Historic Commerce classification from three-stories to four-stories.

After many comments from citizens both in favor and in opposition, the City Council unanimously denied the development code amendment changing the height of buildings in the Historic Commerce zone to four stories. (See related story.)

The concept plan approval of Dubois Park, a 28-lot residential development located at 1050 East 3200 North, was met with strong disapproval by Wendy Shoop, a resident of the area. “Where are my kids going to go to school? The schools are crowded. I used to live on a quiet street, now it is a thoroughfare. Can’t the growth be controlled? You are concerned about everybody else’s property rights, what about mine? We are not having our property rights respected,” said Shoop. The City Council unanimously approved the concept plan for Dubois Park.

Item 20 on the agenda had the Council consider approving the lease agreement between the Utah Arsenal Futbol Club and Lehi City. The ten-year lease would give Arsenal the ability to put in infrastructure and plant grass seed on 20 acres of area on the south end of Peck Park. Lehi City would be able to use 30% of the area. Arsenal would maintain the area they leased.

Tony Trane, a resident living on the perimeter of Peck Park, was concerned about verbal agreements made some time ago about being involved in the development process. “I’ve been a good partner with Lehi City. I have never been considered in the process.” Mayor Johnson promised Trane there would be a meeting about making the appropriate property adjustments. The City Council unanimously approved the lease agreement.

Ranked Choice Voting was discussed as a Municipal Alternate Voting Methods Pilot Project. Council Member Chris Condie expressed some reservations in approving the project. “I can’t get to a point where it is any fairer than our current system. If I were a candidate this year I wouldn’t want it,” said Condie.

Council Member Paige Albrecht expressed some concern about making rules that would personally affect them in an election. “I don’t love the deadline. I think we need more time. We shouldn’t have to be the guinea pigs. If we approve it tonight there will not be further discussion.”

“I’m not voting. I like the conversation. Our staff has done their homework. I love the debate. This is like a junior high dance where nobody wants to get on the dance floor,” said Mayor Johnson. Several citizens spoke for and against the resolution and the resolution passed in a close three “yes” and two “no” vote.

The final two agenda items were the appointment of Ron Smith to the Board of Trustees of the Metropolitan Water District of Lehi and Matt Hemmert, Jared Peterson, and Heather Seegmiller were re-appointed to the Lehi City Planning Commission.