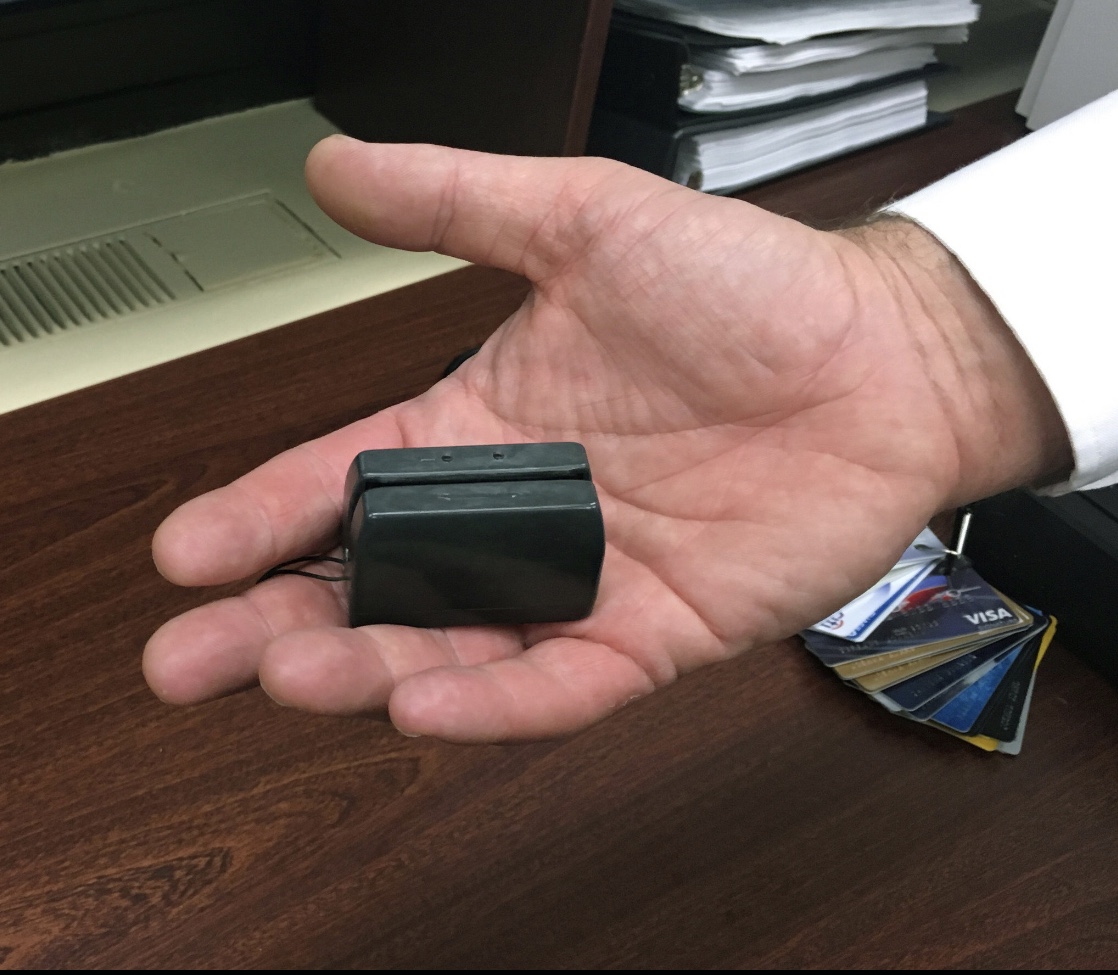 Earlier this month, Ce Liang, 27, was arrested after spending nearly $2,000 at an outlet store in Lehi and he was booked into the Utah County Jail. The unusual detail about this case is that the man had a credit card skimmer/reader in his pocket. According to Lehi Police Sergeant, Chad Ray, “it is rare that we have this type of crime in Lehi.”

A credit card skimmer or reader is used to illegally collect data from the magnetic stripe of a credit, debit, or ATM card. This information is then copied (or cloned) onto another blank card’s magnetic stripe and then used by an identity thief to make purchases or withdraw cash in the name of the actual account holder.

The fraudulent cards are often used to make charges online, buy gift cards or make purchases at stores, said Ray. Sometimes the information gathered from the skimmer is sold on the internet. Liang had 13 different credit or debit cards in his possession when he was arrested, according to the police statement.

Skimmers are often placed over the card swipe mechanism on ATMs and gas stations. These devices can be placed over almost any type of credit card reader or in the Liang case, the skimmer used was a hand-held device. A skimmer can also be used during a normal transaction. For example, if a person hands a credit card over to a waiter to cover the check in a restaurant, the waiter may walk away with the credit card for make a charge for the meal. The waiter may then also swipe the credit card through a skimmer without being detected.

“Thieves regularly use fraudulent (cloned) or stolen cards at “self-checkouts” in stores, where they can go undetected,” said Ray.  “However, camera surveillance at self-serve pay stations is improving.”

Burglary from open garage doors and unlocked cars is the most common crime in Lehi, said Ray. Often in these crimes, credit cards are being stolen. “In a manner of two minutes a purse or wallet can be stolen, and the stolen credit cards are almost always used immediately–usually at self-checkouts–to buy items or hundreds of dollars of gift cards.”

Victims of credit card skimming or theft are often unaware of the theft until they notice unauthorized charges on their account, have their card unexpectedly declined or receive an overdraft notification in the mail.