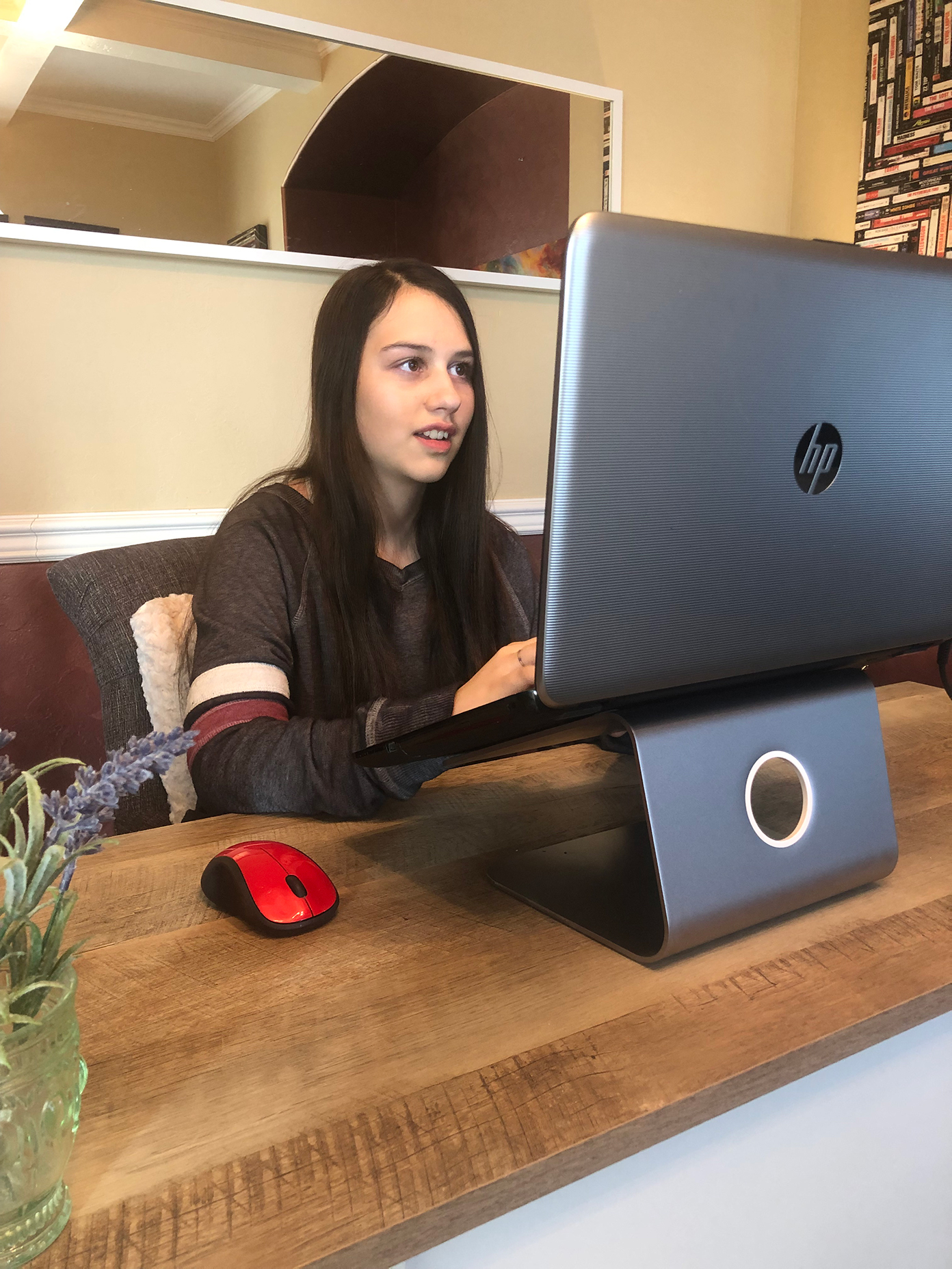 Lehi teen, after getting hit by car, sends letters to the Governor to make safety changes on Pioneer Crossing

Eighth-grader, Arianna Service, is getting involved in her community to make the roads safer around her home in Lehi, and she is getting heard by Utah Governor Herbert, the Utah Department of Transportation and others. Service was hit by a car last October, after a driver ran a red light while turning at Pioneer Crossing and 2300 West. “The driver looked back and saw I was hit and stumbling, but they never stopped,” she said. She suffered a badly bruised arm bone and was scared and in shock following the accident.

Service, who walks to and from school, says she has concerns about her safety and the safety of other pedestrians who cross Pioneer Crossing. A few weeks ago, Service’s history teacher challenged students to get involved in their community to try and make a difference.  Service decided to do something about the “dangerous street”. At first, she wrote a letter to the Governor, then collected and sent letters from others who had safety concerns about the road.  The Governor forwarded her letter to the UDOT who then contacted Service and listened to her concerns.

“We appreciate the concerns Arianna brought to our attention,” said Geoff DuPaix, regional communication manager for UDOT. “We have a safety study in the works for Pioneer Crossing road,” he added.

Service didn’t stop with the letters to the Governor. She started an online petition to get video cameras on the signal lights. “Because there were no cameras on that road, they still don’t know the entire story (about what happened in her accident),” states the petition. “I think having cameras on Pioneer Crossing at 2300 West will decrease the amount of accidents that happen every month.” Service collected signatures for her petition from students, friends and concerned neighbors. On Monday, with over 700 signatures on the petition, Service forwarded the petition to Herbert.

In her petition, she is requesting the installation of video cameras on the signal lights and is hoping the Governor will realize how many people agree with her about how dangerous Pioneer Crossing is for pedestrians.

There are cameras on many of the signal lights in the area, however, they are not the “video recording type of camera”, said DuPaix. They are traffic management cameras which monitor traffic flow following a traffic incident.

Originally, Pioneer Crossing was built to handle future growth, but that growth came at a faster pace than originally planned for, he said. “As the area continues to grow, we will work with communities to address the changes that need to happen because of that growth.”

“I am very proud of my daughter and the action she has taken,” said Kristi Langenheim, Service’s mother. “When she got hit by the car, it was a very scary time. We hope things will change soon. I was very frustrated when I called the police after the accident,” she said. “Lehi police told us the intersection was in Saratoga Springs’ jurisdiction and Saratoga Springs police told us it was in Lehi’s area. We ended up filing police reports in both cities. I hope they will soon figure out that issue too.”

“I just want to change the problems on Pioneer Crossing and to make it a safer road,” said Service. She also hopes to hear back from the Governor soon.