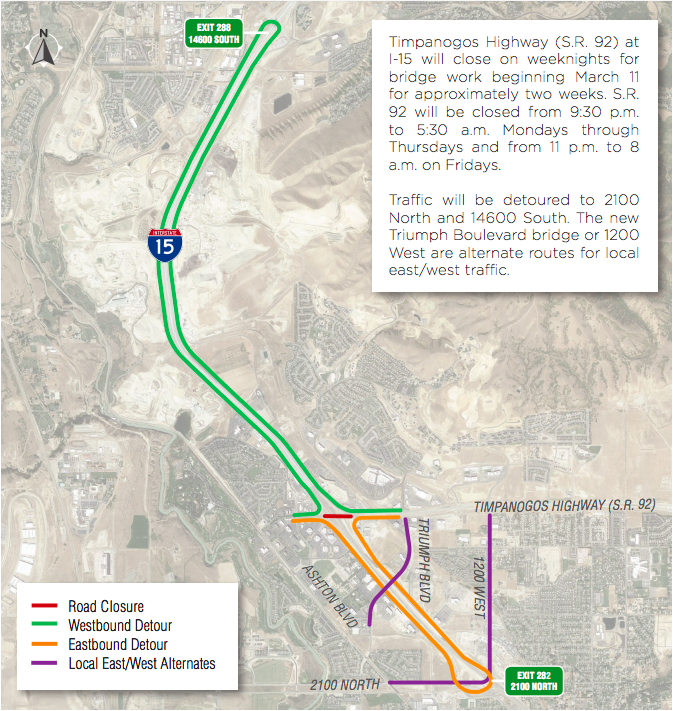 Traffic will be detoured to 2100 North and 14600 South. The new Triumph Boulevard bridge or 1200 West can be used as alternate routes for local east/west traffic. I-15 will remain open to traffic during the closures. A detour map is provided below.

As early as March 11, travel lanes on northbound I-15 will be split at Dry Creek (just north of 100 East) for approximately four weeks in order to build a new box culvert. Drive alert and use caution in this new configuration.

Work will continue on 17 bridges in the project limits throughout 2019. Following the upcoming closures at S.R. 92, crews will move to State Street and 2100 North to place bridge beams and set concrete panels. Additional side street closures for bridge reconstruction are planned throughout Lehi in March and April. Stay tuned for more details as they come.