Lehi Power crew to work on “Light Up Navajo” project 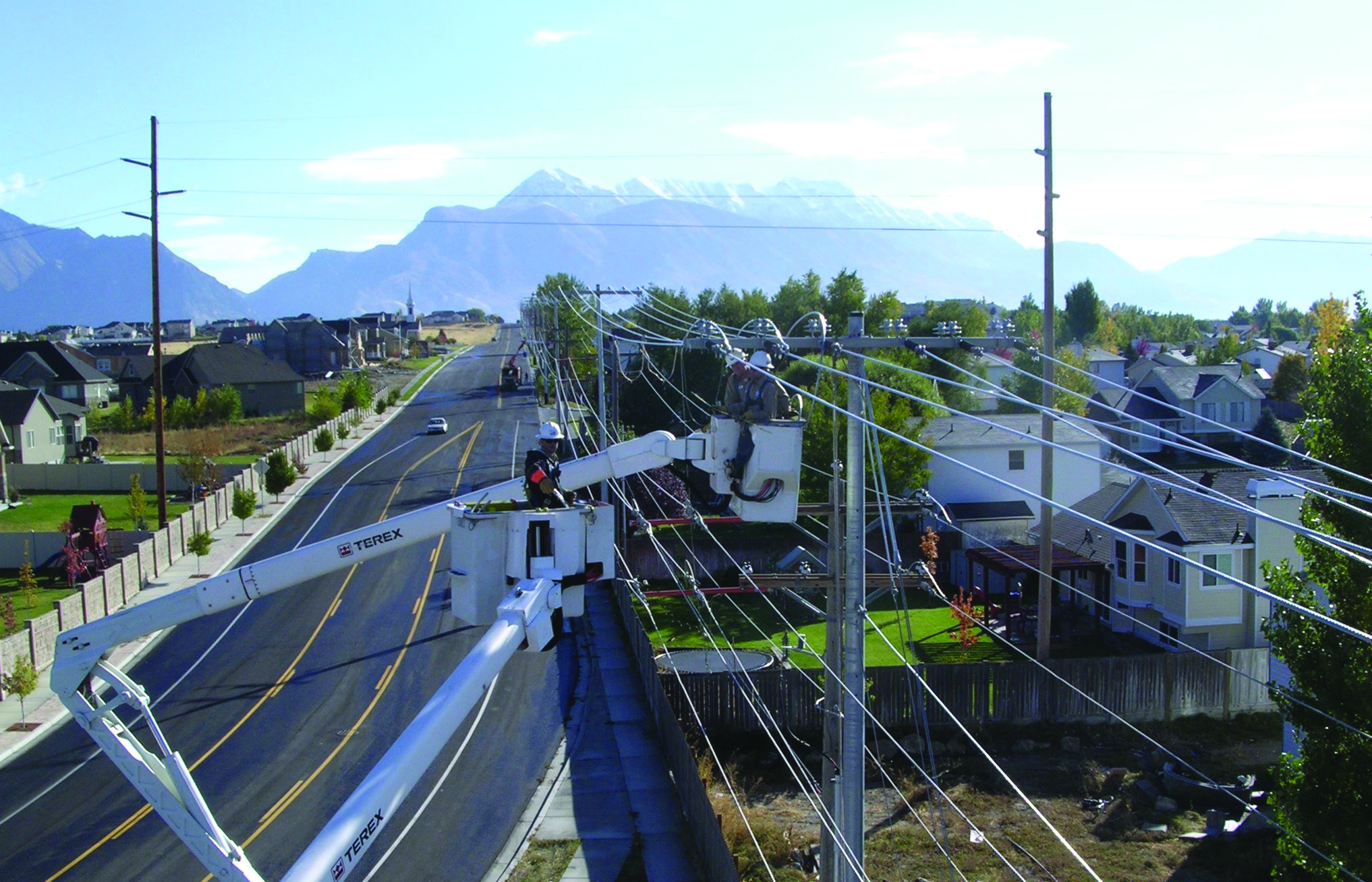 15,000 homes in the Navajo Nation have no access to electricity

Lehi’s Power Department is one of 22 other utilities from across the country committed to be part of the “Light Up Navajo” initiative working to bring electricity to about 15,000 homes in the Navajo Nation.

“Lehi City is very happy and excited to participate in this worthy project,” said Lehi Mayor Mark Johnson. After attending a meeting where the initiative was discussed, Lehi decided to get involved, said the mayor.

“We are members of the American Public Power Association (APPA) who partnered with the Navajo Tribal Utility Authority to launch this initiative. This is a new opportunity for us to help others,” said Joel Eves, the Lehi Power Department Director. The idea was presented to the Lehi power employees and six people volunteered to go work on the project. “Lehi will provide a crew of 5-6 people, who will work for a week, building power lines,” Eves said. The Lehi crew will leave in May and will be joined by six other teams from Utah and one from Massachusetts.

The Navajo Nation is the largest Native American territory in the United States, with an estimated population of 300,000 living in the 27,000 square mile reservation located in the states of Utah, Arizona, Colorado, and New Mexico. Of the 55,000 homes on the reservation, about 15,000 of them do not have electricity.

Because many homes do not have electricity, many families in the Navajo Nation drive over one hour once or twice a week to reach watering points where they fill 250-gallon plastic tanks with water for cooking, cleaning, and drinking. Not having electricity has also deprived families of reliable lighting and common household appliances. To keep food from perishing, families often use portable coolers filled with ice to preserve their food, according to the APPA. The high cost of connecting isolated rural households to the grid, the sensitivity of families’ ability to pay utility costs, and the limited availability of government loans has made progress towards greater electrification slow.

This spring, volunteer crews from Lehi and 21 other public power utilities from across the Country will be building electric lines for 15 projects over six weeks. Other crews from Utah helping with the project are: Murray City Power, City of St. George, City of Santa Clara, Washington City, and Heber Power and Light. Crews from Illinois, Oklahoma, New Mexico, Massachusetts, Ohio, Delaware, California, Texas, Arkansas, and Arizona are also working on the project. The hope is that the pilot program will serve as a successful model for future electrification projects. Donations to help defray the cost of materials needed to connect these families to electricity for the first time may be made at https://www.publicpower.org/donate-light-navajo