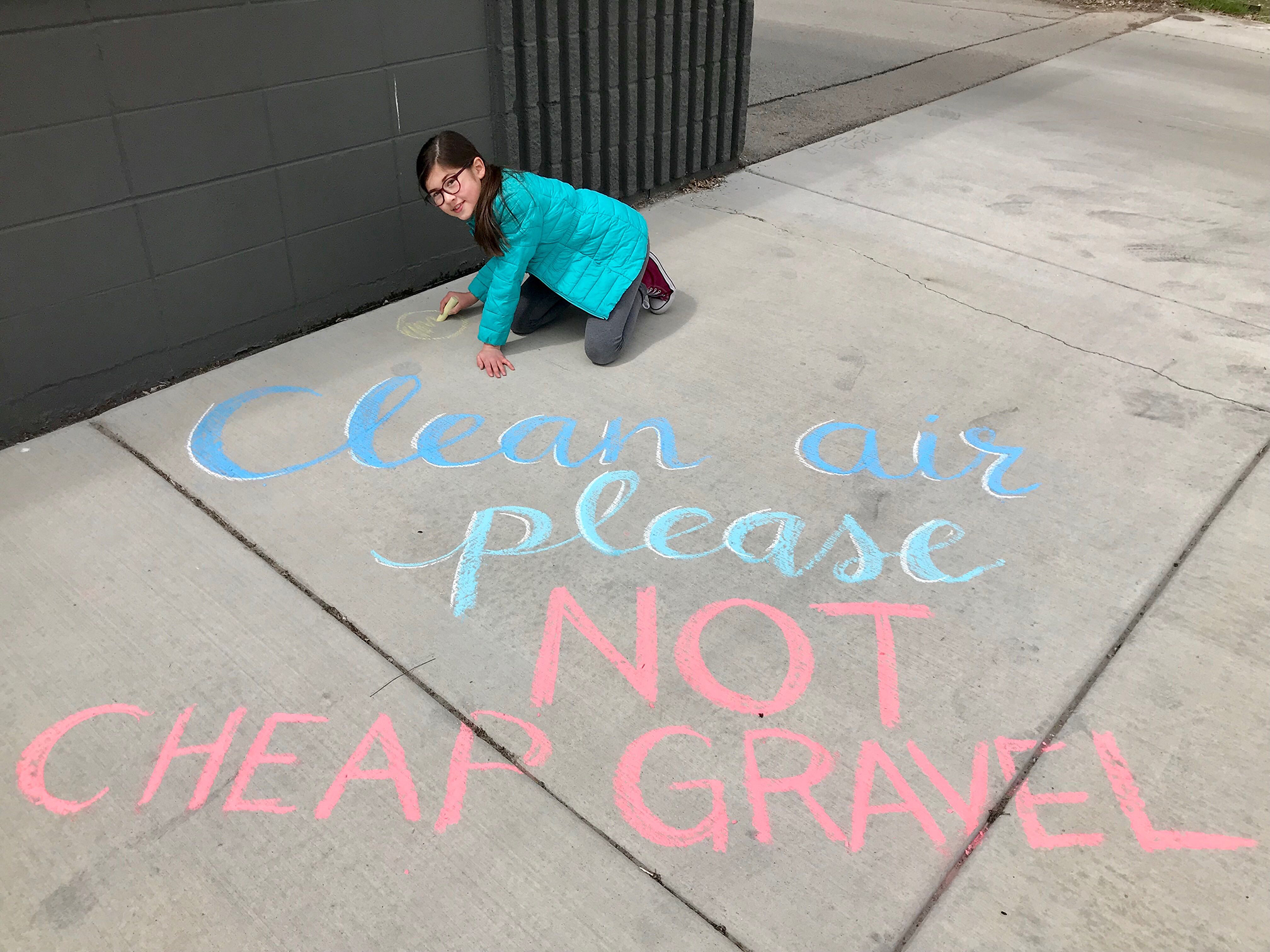 Last Saturday morning, a group of community-minded women and their children colored the sidewalks in front of Lehi City Hall, the Lehi Free Press, and the offices of Ryan Freeman, the CEO of Traverse Mountain and Forge Companies. The group of about 20 people wrote colorful messages like “Clean air please, not cheap gravel,” and “Lehi kids need clean air.”

The group, “Lehi Moms and Allies for Clean Air,” has become politically active over the last several months, particularly with the expansion of gravel mining/grading activities in the Traverse Mountain northern area. The group is hoping to stop Geneva Rock and the developer in the area (TMTH) from continuing mining activities and is looking for Lehi City to conduct health studies on the effects of air quality resulting from the mining operation.

“We were planning a rally this weekend, but we postponed it due to Spring Break,” said group leader Cherise Udell. “We still wanted to let city leaders know that we are not going away,” she added.

The group’s Facebook page includes 280 members, including people from Lehi and other areas. According to a statement on Facebook, the purpose of the group was to “easily share progress and new information about efforts to stop the developer (TMTH) from mining within our community. We are fighting to preserve our health, quality of life and property values.” The group is planning a rally soon, but the date has not been announced. They also recently announced Erin Brockovich was joining their cause. Brockovich is a former law clerk who became famous as her story of environmental activism was told in a movie about a multi-million-dollar lawsuit victory against Pacific Gas and Electric.