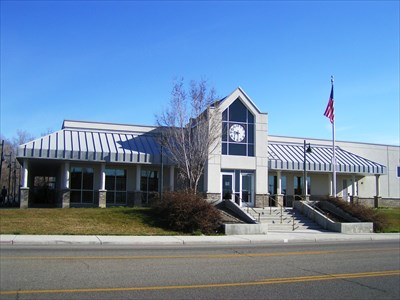 Representative Burgess Owens (R) of Utah’s 4th Congressional District, along with other elected officials, is leading the charge for a new Post Office in Northwest Utah County. Anyone who has been to the Lehi post office knows the challenges they have faced with soaring populations in Lehi, Saratoga Springs and Eagle Mountain. Approval of a new post office must occur through the U.S. Postal Service Postmaster in Washington D.C.

We write this letter to request an additional post office in northern Utah County.

As the data from the 2020 Census shows, there has been astronomical growth in Utah County, most notably in the cities of Eagle Mountain, Lehi, and Saratoga Springs. Between 2010-2020, Eagle Mountain grew from 21,415 citizens to 43,623 citizens; Saratoga Springs grew from 17,781 citizens to 37,696; and Lehi grew from 47,407 citizens to 75,907 citizens. These three cities alone have grown by more than 70,000 people in the past decade and are serviced exactly the way they were in 2010. Only one post office–the Lehi Post Office—covers all three cities, and services more than 100 square miles.

To accommodate for this growth, the Lehi Post Office has added 34 routes since 2015, with no additional building infrastructure. With the continued expected growth in Eagle Mountain and Saratoga Springs, there could be an additional 18 new routes created in the next three years.

With the explosion of businesses in northern Lehi, (referred to as “Silicon Slopes”), the new Facebook data center in Eagle Mountain, and Tyson Foods beef and pork plant in Eagle Mountain, the residents in these “tri-cities” have been left behind by logistical issues plaguing the Lehi Post Office.

Furthermore, the Lehi Post Office is the number one parcel receiver in Utah and Idaho. Lehi’s total parcels delivered (YTD beginning in October) is 1,734,505 YTD, which is an average of 78,841 parcels per week. The closest office in total parcel volume is Riverton, and they have delivered 1,269,536 YTD, which is an average of 57,706. Shockingly, Lehi only has one dock door for trucks. The Riverton Post Office, which is closely comparable to the area serviced to the Lehi Post Office, has four dock doors. While 3rd party trucks like UPS or FedEx must wait over an hour to unload their parcels from one dock door, The Lehi Post Office employees must cool tempers while trying their best to organize parcels in an efficient manner with no space to do so.

As local and federal elected officials, we are willing to work with the USPS to find a community-driven solution to address the booming population increase in Utah County, and the resulting demand on the Lehi Post Office Building. Leasing a new Post Office in northern Utah County would minimize issues our constituents are facing daily and will create solutions to future population challenges.

HR 3076, the “Postal Service Reform Act,” passed the House and Senate and was signed into law earlier this year. This legislation includes a 10-year strategic plan for the United States Post Office. We hope the citizens of northern Utah County can be included in this plan.

We also respectfully request the U.S. Postal Service send a comprehensive list of the options for our local officials if the construction of a new office or lease for a new office is denied.