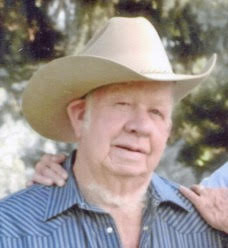 He married Connie Hepworth in 1954 (later divorced) and Peggy Moore in 1961.  Jack was self-employed most of his life in the trucking and wood business.  He was well known throughout the entire region as “the guy who sold Christmas trees, lumber, cedar posts and pine poles”.  He enjoyed hunting, fishing, camping and most of all, helping others.  With very little education, he was self-taught and could do almost anything, never relying on anybody but yet, always helping somebody.

Jack is survived by his two sisters, Gladys Carter and Connie Harvey, along with six of his seven children: Kevon (Julie) Olsen, Rod (Valyn) Olsen, Bill Olsen, Jackie (Jason) Prestwich, Paige Brady, Randy (Terri) Olsen, 22 grandchildren and 18 great-grandchildren.  He was preceded in death by his parents, two brothers, his wife Peggy, a son John Olsen and a son-in-law Kirk Brady.