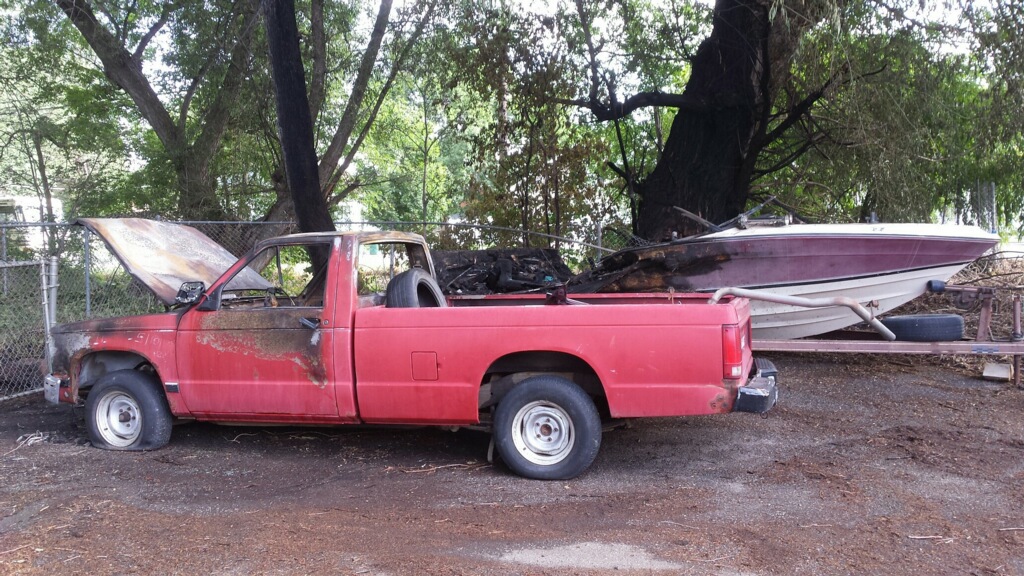 Lehi City Fire Department responded to several fires over the 4th of July holiday causing thousands of dollars in property damage. At 10:45pm on July 4th at approximately 350 W and 600 N, spent fireworks placed in a garbage can ignited a fire that destroyed a boat, truck and surrounding foliage. No homes were damaged in the blaze.

On July 5, a two story building in Lehi was destroyed at 1600 N. and 650 E. due to improper safety precautions with fireworks. Citizens are urged to douse spent fireworks in water after use. Do not place fireworks in garbage can with flammable items. “Be aware of your surroundings, of flammable grasses and other materials,” urged Lehi Fire Chief Jeremy Craft. “People spend a lot of money on fireworks and they get it in their head that they are going to light them off no matter what,” Craft said. “We want them to enjoy the holiday and their fireworks, but safely.”