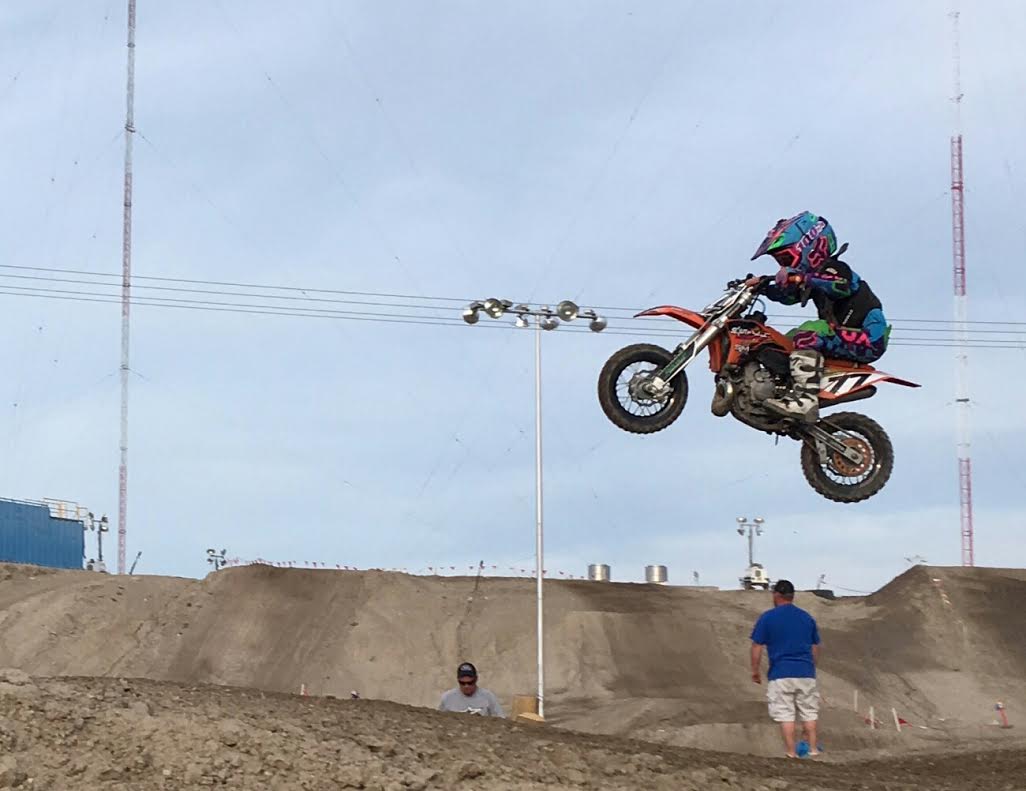 Almost every weekend Jett and Cruz White are decked out in protective gear, racing motorcycles along a dirt track with jumps, “whoops” and turns. They’ve been doing these races for about three years, which for them is most of their life – Jett is nine years-old and Cruz is only seven years-old. Little sister, Blakely (5), just got her own bike and gear and she plans to join her brothers on the race track soon.

Blakely White on her bike. Photo courtesy of the White family

Racing runs in the White family. Troy and Chyann White (Jett, Cruz, and Blakely’s parents) grew up in Lehi and their parents, and even grandparents, raced motorcycles in one form or another. Troy did motocross and Chyann’s family did desert races. Now Troy and Chyann have established a “motocross family” through all the races they’ve been to over the years with their children. Jett’s best friend does motocross. When they’re in the same race, Jett describes it as “battling,” but afterward the two friends sit in a trailer together and talk and laugh. They push each other to do their best.

Jett has had two major injuries, one was internal and healed on its own with time, and a broken humerus. He doesn’t think about getting hurt while he’s riding. Jett says he thinks about “stupid songs…or math” when he’s on his bike. The highlight of Jett’s racing career so far has been his day at the KTM Junior Supercross in Phoenix, Arizona. For that race, which is a once in a lifetime opportunity, Jett was treated like a pro and got a full gear package. Jett and Cruz have lost count of all their racing awards. They couldn’t fit all of them in one picture!

Motocross races last all day, but the Whites don’t mind because it’s something the whole family is doing together. Cruz and Jett are in all the same races, so there is no coordination getting kids to and from different fields or events. Their Motocross Family includes lots of little sisters for Blakely to play with while her brothers are riding. Troy’s Dad, Greg White, comes to watch the boys in all of their races. Everyone at the race track knows him and calls him “Grandpa Greg.” Motocross is a family tradition that is keeping the Whites close.