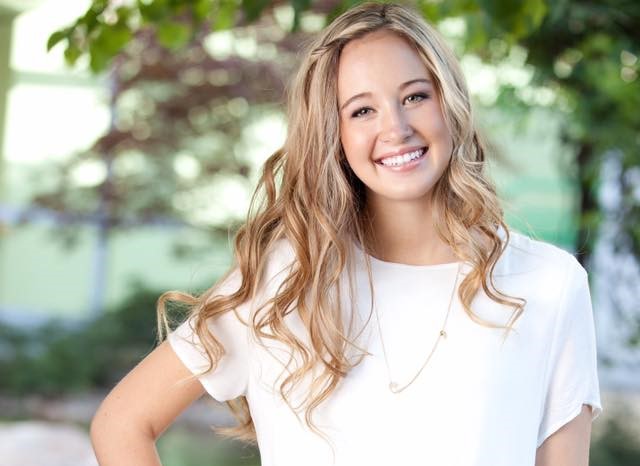 Shelbie Luce, an incoming senior at Lehi High School, was about to start her last year of high school when she was diagnosed with Acute Myeloid Leukemia, otherwise known as AML Leukemia. This is a type of cancer of the blood and bone marrow which exhibits excess immature white blood cells. Now Shelbie will spend the next 6-9 months in a hospital bed.

The entire Lehi community has rallied to support Shelbie as she battles cancer. All are invited to come enjoy a night in the beautiful The Gardens at Dry Creek (877 N 100 E, Lehi) on Monday, August 29th 6-9 p.m. to support the Luce family. A barbecue dinner is planned with live music by Johnny and the Rebels. Tickets are $10 a plate and can be bought at the door, online in advance or by sending a text to (801) 787-8077. Leave your name and number of tickets. A live and silent auction will also add to the fun. If you have auction items you’d like to donate, call Greg Adamson at (801) 722-5202.

Shelbie and her family are reunited after a long visit at the hospital. Photo courtesy of Greg Adamson

Crystal Adamson, a family friend of Shelbie’s, told us just how incredible Shelbie is: “She is a leader and such a good example. She’s just so optimistic and such a good person in and out; she’s the girl you want your daughter to be and your sons to be with.” She also explained that their saying “Strength 4 Shelbie” came from Shelbie’s aunt who said, “She is always so strong and such a strength to all of us, now it’s our turn to be a strength to her.”

A group of friends in support of Shelbie tied pink ribbons to the posts along Main Street to show Shelbie Lehi’s support for her as she came home from a hospital visit. Shelbie is able to meet with friends and family until she returns to Primary Children’s Medical Center on August 22nd for another round of chemo.

Crystal Adamson said, “As soon as people found out about her cancer, [the Luce family] had multiple people asking what they could do and how they could help. The community has been incredibly supportive.”

Skyridge Football Team showed their support by cleaning garbage cans for community members as they raised over $1,000 for Shelbie and showed that school division doesn’t have to divide the community. Multiple people have supported the family in providing fundraisers, hosting events, and donating time and money to the cause. Comfort Flooring, a company based out of American Fork, found out about Shelbie’s diagnosis and surprised the family with new carpet for their house.

With no insurance coverage for the hospital stays and medical treatments, Shelbie’s family is asking for help as they undergo this battle. A Go Fund Me has been set up and can be reached with the link http://www.gofundme.com/2ekf3yk. Your donations are much appreciated. Lehi City is rooting for Shelbie in her battle with cancer!