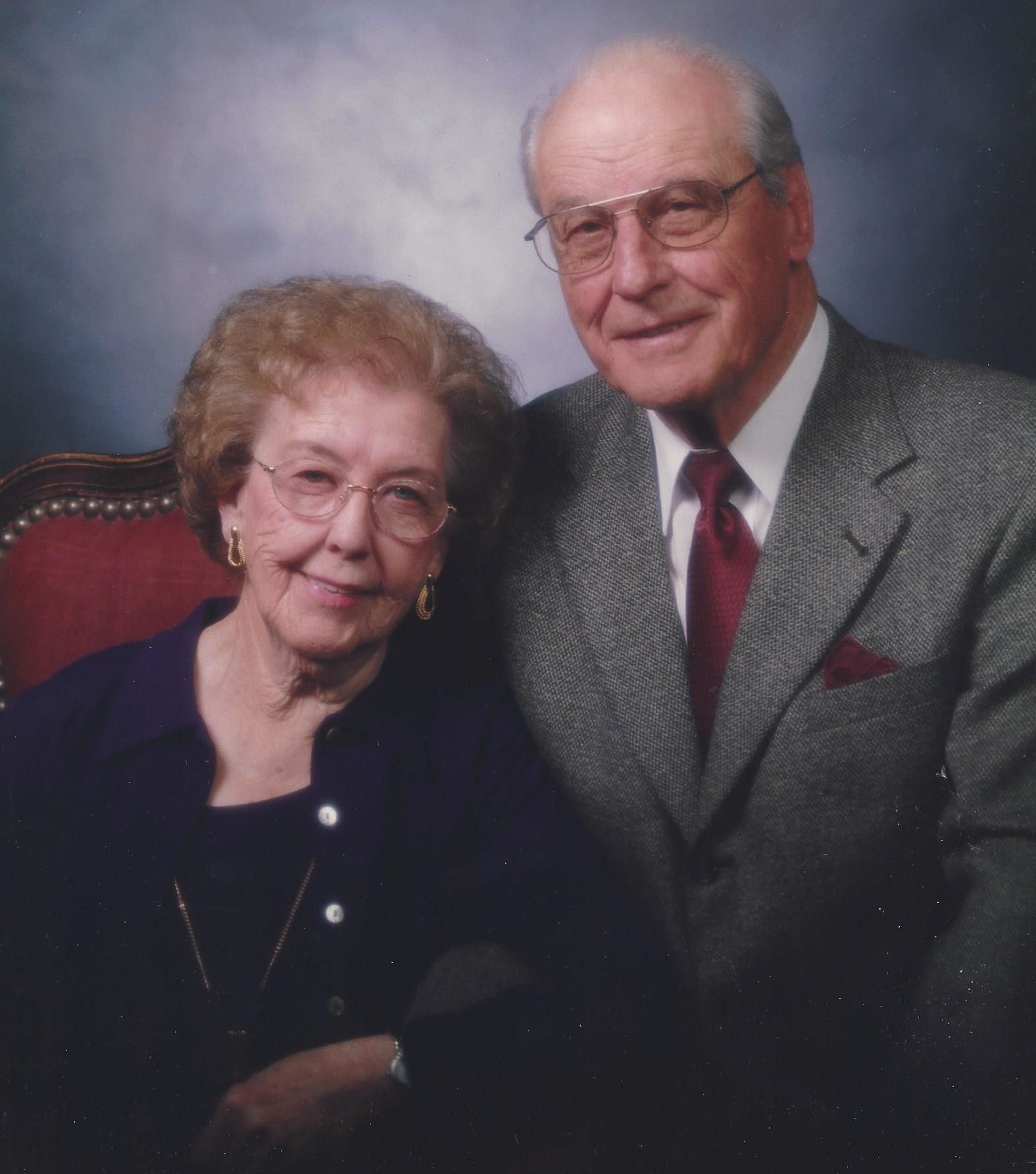 Members of “The Greatest Generation,” according to Tom Brokaw, exhibit traits of hard work, patriotism, devotion, and commitment. LaVar and Lornell Bateman, who will celebrate their 70th wedding anniversary on June 17, 2017, embody all these qualities.

LaVar was born in Lehi and graduated from Lehi High School. After high school, LaVar went to Utah State University for two years and then served a mission for the Church of Jesus Christ of Latter-day Saints in the southern states. Upon returning from his mission he was drafted into the Marine Corps.

LaVar tells the story of when his division was about to be deployed to Guam: he was on a bus with other members of his group. One member, who happened to be drunk, was constantly harassing the other soldiers. Finally, after listening to his tirade, LaVar asked him to sit down. This further antagonized the man. After three of four more attempts LaVar shoved him into a seat. The soldier retaliated by punching LaVar. Not to be intimidated, LaVar wound up and socked the marine in the jaw and knocked him out. LaVar broke his hand in the fight and spent the next two days in sick bay. His group shipped out without him and participated in the fiercest fighting in Guam where many soldiers were killed.

LaVar often wonders what his fate would have been had he gone on with the group. He came to find out that the soldier he had knocked out was a boxing champion! LaVar was eventually shipped to Guam. He was originally scheduled to serve in Japan, but never made it there because the United States dropped the atomic bomb on Hiroshima and Nagasaki. LaVar ended up in Peking, China, guarding the United States Embassy. After two years in the service he returned home.

He hadn’t been home long when he met an attractive first year home economics teacher at Lehi High School, Lornell Hansen. They started dating in January and were married in June.

LaVar’s father, Bernell, owned a chicken ranch and dry farm in the area now occupied by IM Flash. LaVar decided to join his father in the farming and chicken business. The newly married couple lived in a small house near the farm and began raising chickens and children.

“Var” as his family and friends call him, rapidly increased his chicken and egg business. At one time he had over 20,000 chickens. “Over the years I employed over 98 young men from the area,” he said. When asked who gathered the thousands of eggs, he replied, “Lornell and Grandma.”

LaVar reminisced about living in Lehi during the 40’s and 50’s. Along with farming, his father drove the only school bus in town. The bus was purchased by the older Bateman to transport students from all over Lehi to school. LaVar continued in the tradition of his father and drove school bus for Alpine School District for 17 years. He said, “Lana Fox always brought me cookies for picking up her children.” Lehi citizens were grateful for the bus service.

The Bateman couple spent many years in church service. Lornell served as president of every church organization. LaVar spent time as a Seventy and in the High Priest Group leadership. They served in the Mt Timpanogos Temple twice a week for 16 years.

While working on the farm and in the church, they also raised five daughters. Lornell said, “I was one of seven daughters and had five daughters of my own. I never had a brother or a son.” She added, “I sewed enough dresses to stock a store.” Their daughters are Carol Gregrich (Roger), Colleen Price (Brian), Barbara Trane (Blake), Connie Powell (Brad) and Janet Barber (Marty).

The Bateman couple cherishes the time they get to spend with their 16 grandchildren and 31 great-grandchildren. They both struggle with health problems and lament the high cost of medication, but are grateful for their wonderful family and many years as husband and wife.

Lehi Elder Law: Everybody Needs a Plan for Incapacity