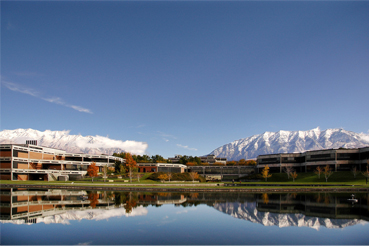 While typical sexual harassment trainings include topics such as how to avoid engaging in sexual harassment and how to intervene if you see someone being harassed, the course chosen by the university includes controversial discussions about gender being changeable, for example, or about gender roles being oppressive. Students have voiced their concern that this goes beyond the appropriate scope of a harassment training.

“The people we are attracted to and our internal sense of our own gender may be consistent, or may develop over time,” reads one of the slides.

“Gender refers to a person’s cultural identity,” reads another.

“Gender is complex, and many people are starting to see the nuances. Corporations are, too. For example, did you know that Facebook no longer asks users to identify as only either male or female? They now offer 50 custom options for gender on your profile, including genderqueer, bigender and cisgender.” In all, 11 slides in the presentation include controversial material about gender identity.

One student, who asked to remain anonymous for fear of repercussions, said, “I honestly felt really sick when I was watching it. I hear this from professors all the time, but this is the first time it’s been a university-wide mandatory training.” She and a few friends were concerned enough to contact the university to express their concerns. Their story will be told in the second part of this story next week.

One student said that she keeps getting emails that she needs to take the training, but she’s putting it off because she’s heard from other students that “it’s weird.”

University officials feel the training is a balanced way to meet the requirements of the federal Title IX program. Compliance with Title IX, which was originally introduced to ensure women had equal opportunity and protection at colleges and universities, is required for federal funding.

In February of this year, UVU began using this new training program. In May, New Title IX guidelines were issued by the U.S. Department of Education, under the guidance of the Obama administration, focused on how to handle cases of gender identity issues. The new guidelines have raised a lot of questions about how K-12 and higher education institutions must behave in order to comply.

“We are a state institution. We are obligated to do these things,” said Cameron Martin, Vice President of University Relations. “With Title IX, we have an obligation. The whole intent of the orientation is to educate people on the law not to discriminate.”

Taylor also said that “students can opt out of any portion of the course.” He also added, “There’s a trigger warning at the beginning of the training to contact the Title IX coordinator for training tailored to them,” regarding students who are uncomfortable with the material.

Those students must make an appointment with the Title IX office for a “personalized” training. Very few students have availed themselves of this option, choosing rather to finish the online course. Some students are hoping UVU will communicate more clearly that opting out of the training is possible.

Other universities and colleges in the state use different programs for their harassment training. A Salt Lake Tribune article published November 22, 2015 reported that six institutions of higher education use a sexual harassment training called “Haven,” which doesn’t appear to include controversial gender identity topics. Three schools require its completion; the other three strongly encourage their students to take the training, but don’t require it.

UVU currently provides its harassment training through the company “Workplace Answers.” Officials described the training as the “most moderate” of the options offered by this vendor. Taylor said that in November, several state institutions, including UVU, will be migrating to a new common provider. It is unknown what content the new training program will include.